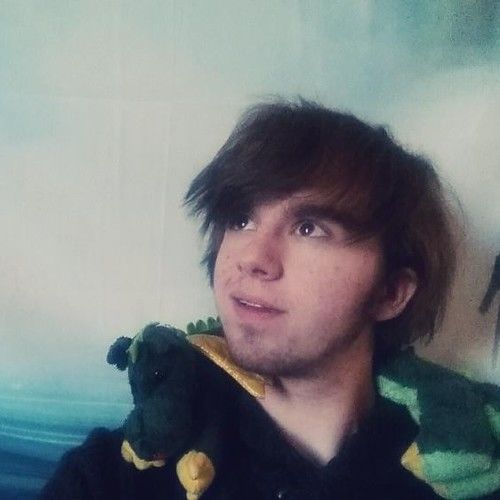 I make a lot of things.

I've made a short film that received very high marks and made it to national Thescon, (A huge honor!)

I've made music that is going to be in a game, Stonehearth,

I've made silly remixes of things my friends say,

Basically, I'm at the point where I'm trying everything, and seeing what sticks. And right now, Music is sticking.

I've been making music electronically for about 4 years now, but I've been previously trained in classical singing. I've participated in my high school theater, landing several lead roles, and a singing role in the school musical, as an underclassman. At some point during my singing lessons, I realised that I had enough musical theory knowledge to make music, and since then, I've taken a class online about music production, and I've released a few songs on iTunes and other online music stores. I haven't yet had any of my music in a game, but that will hopefully change soon, with Radiant Entertainment promising to include my musical talent in their community made soundtrack for Stonehearth.

The only problem is that in the creative industries, you've gotta spend money to make money. And as a 15 year old, there really isn't much I can do in terms of money. I've already spent an estimated $2,300 on hardware and software to make music, and at the moment, there is no money coming in from that. I've taken steps to get money for my music, but the amount I've received so far is minimal.

As such, I've began a process to make a lot of songs that will be free to use and highly flexible, to be used in media. Everyone's heard Kevin MacLeod's music in basically everything, and while that's an awesome place to get music for media, it's quite overused, and very rigid. You hear the same song over and over. But imagine if one could customize the music, allowing it to fit the dynamics of the media. Say, during a fight scene, the music climaxes right when the main character is hit down, or maybe the music ramps up in a comedy sketch when there's no talking for a while.

This is what I'm calling 'Open Source' music. Basically, anyone can use it and alter it to fit their projects.

I also do commissioned work. Say you need a video game sound tracked, or maybe a documentary scored. Maybe you've got a lot of voice acting that needs to be sifted through and equalized. Maybe you own an amusement park and you're making a new section, and you need some music for that. I'm super flexible, and I'll make as many revisions as needed to satisfy your request.