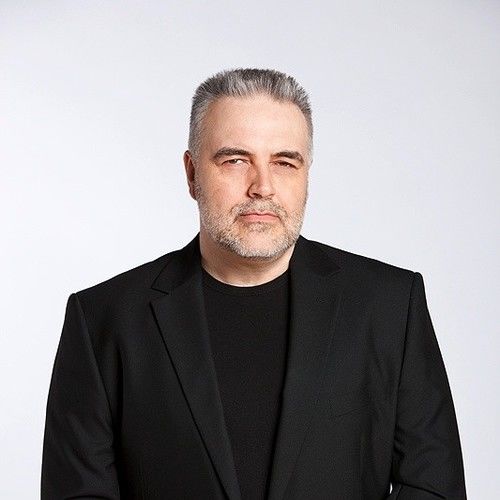 With over 30 years of professional experience as a live and studio musical arranger, studio musician and composer, Marco Girgenti has conducted off Broadway musicals composed TV commercials and themes, collaborated on Juno Award winning albums and worked as a private music instructor for theory, composition, piano, bass and other instruments.

Whether arranging for an 80 piece choir, full orchestra, an East Indian percussion ensemble, kids records or a 4 piece R&B outfit, his experience has allowed for a diverse artist to emerge.

He was active as a music director in several churches in the Toronto area and has been worship producer for events at others in North America and abroad. Marco has been a guest on the nationally aired 100 Huntley Street on several occasions and collaborated with artists internationally from The USA to Germany. He has worked with A-list studio musicians regularly heard on recordings ranging from Michael W. Smith, Amy Grant, Faith Hill, Garth Brooks, DC Talk, Madonna, the Jackson 5 and more.

Along the way, Marco produced and cowrote music for what became known as b4-4, a pop trio signed to Sony Music (currently known as RyanDan) and became the most decorated composer in synchronized skating music, even lending his talents to the Winter Olympics.

His music has been described as "epic" by Mark Masri (international recording artist/David Foster/Olivia Newton John etc...) and "deeply passionate and moving" by world renowned film composer Ennio Morricone (The Good, the Bad and the Ugly, The Mission, the Untouchables, the Hateful 8) and over 500 other film scores.

After leaving the music business professionally for 8 years, he virtually vanished from the music scene. In fact, the last time he worked as a music director, he had to prove people he was a musician, since he had been in the industry pre-Google! Marco has been slowly but surely "pulled back in," to his first love, which is the reason you see the website before.

He is flirting with releasing an independent album that has "sat in the vault" as he puts it, nearly a quarter of a century. Marco is slowly returning to music, but as many have recently said ; it is doubtful the music ever actually left him.