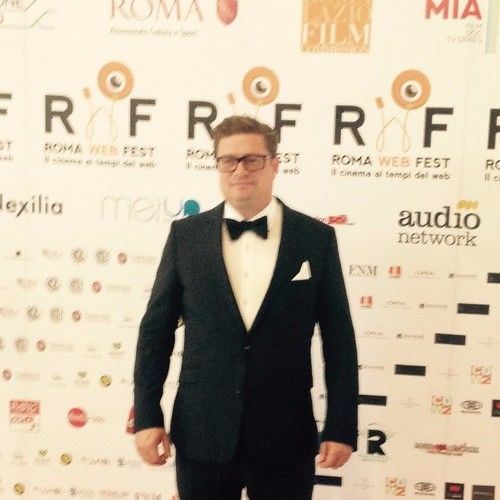 Simon originates from Vancouver, as a child he attended school in the UK and various parts of Europe. Simon’s passion for film first ignited when visiting famous sets with his grandfather, who was a technician at Pinewood Studios in London England. Returning to Canada as a young man, he immediately sought out to achieve a thorough education in the film industry. Attending various post-secondary institutions in film studies, production and editing, he has taken his education and paired it with a hands-on knowledge acquired by working on many sets in varying roles in nearly every department.
As a director on the Victoria Film commission for several years he made further connections and in 2010 Simon opened a SPFX full service studio in Victoria BC, gaining an Executive Producer credit on a Telefilm funded Feature. A CMPA member since 2014, Simon has won awards at the Victoria Film Festival and ‘Disrien’, a scripted web series, he produced and directed.
‘Disrien’ achieved accolades at many international nominations for various categories, it won a cinematography award at the LA Web Fest and Best SPFX at Vancouver Web Fest in 2015. With great earnest and passion, Simon pursues an understanding of story, master-classing, writing and developing exciting content. With an expansive quirky creativity, he seeks to inspire, and meet like-minded visionaries within the industry to explore future opportunities.