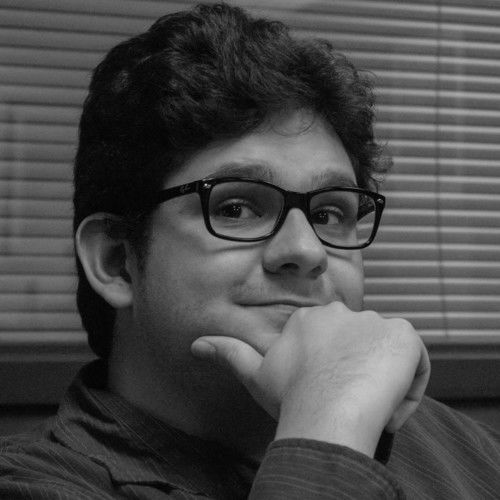 Where I am…
The world of gaming isn’t a niche anymore; it’s a significant part of the entertainment industry, giving rise to its own artists in numerous creative categories. I’m one of those artists. As both a composer and gamer, I’m in a great creative position for matching video games with music in a way that draws players deeper into stories—providing atmosphere and emotional energy that wouldn’t otherwise be there. A game's soundtrack can help make or break it. It can help tell a story and keep the player wondering what’s going to happen next. My goal is to make music aficionados worldwide, gamers and non-gamers alike, aware of the video game music scene. I want to see game soundtracks win the level of respect and admiration movie soundtracks have earned over time.

Where I’ve been…
The earliest word on me as a musician comes from my mom, who says I used to entertain the neighborhood kids on my toy guitar. Later on, I developed as both a musician and composer with some solid help from my older brother, who noticed I was fascinated with the piano at our aunt’s house. He was studying music at the time, so he helped me learn about the keyboard and reading music; not long after that, he gave me my first MIDI instrument—an M-Audio KeyStation 49.

And so I started composing and producing music at the ripe old age of 10. But my brother wasn’t finished influencing me yet. While my tastes tended toward electronica, my brother’s Winamp playlist (which was always on at homework time) introduced me to artists such as Moby, The Prodigy, The Crystal Method and others. All of those influences found a place in my musical heart and developing style.

Electronica being my main focus, I searched for software I could team with my keyboard to produce it; that search led me to the user-driven creative communities of where I was introduced to FL Studio and found a brand new creative home.

Newgrounds became something of a conservatory for me, where I could share experiments in remixing my favorite music in a supportive community environment, gaining valuable feedback and honing my craft as a producer. I would never have developed to my current level of ability without the constructive critique and sincere encouragement I found at Newgrounds.

When I was in the eighth grade, I was making some Flash video games and looking for pixel artists willing to work with me on other development projects (for the love and experience of creating at that point, there was no money to be had). I found a partner and the two of us got to work. We also got to know and understand each other’s goals. Because of my obvious passion for composing music, my pixel artist friend connected me with a developer who needed some music—an introduction that led to my first in-game credit for Chronoblast.

Where I want to go…
Since then, I’ve been creating music that does everything I want music to do for me during a gaming experience. I seek to bring the gamer along on the unique emotional journey each game offers—whether that’s a sense of awe, heart-racing adventure, suspense and mystery, or pure unadulterated fun. It’s also about having a positive effect on people beyond the game. I hope my music helps to inspire people, cheer them up or get them through trying times. That's what video games have done for me.

I also want my music to move people toward following their dreams no matter how difficult or impossible those dreams may seem. Among my own dreams is the hope that even people who aren’t gamers will find that my music takes them into a magical new world full of endless possibilities.