Posted 5 years ago by Pankaj Solanki

Have you ever wondered if you have more troubles in your life than other people? Or wonder if everyone else has an easier life than you? As a creative, I'm sure you have at some point or another. Well, cheer up. There is someone else who is always in the wrong place at the wrong time and has it harder than all of us.

Yes, I am talking about none other than John McClane, the lead character of the Die Hard movie series.

He is a strong and capable protagonist who finds himself in difficult situations, yet he gets what he wants. He is a common-man-hero to be inspired by. Every time I feel down, I watch Die Hard from these best Netflix movies and guess what? I end up feeling motivated to work even harder. There is a reason why all the Die Hard movies were commercially successful. They are more than just action and comedy, they are inspiring.

In this blog, I am going to analyze John’s character traits because I feel they mirror those of us creatives - we can all learn awesome things from him to be better filmmakers or TV makers.

So, let's find out how we can be more like John McClane as creatives:

- If you believe that you can do something, then take the lead and do it. You may be alone initially, but if you are right, others will join you sooner or later.

2. He protects his loved ones

In four out of the five movies, he protects one of his loved ones, be it his wife, daughter or son. He was willing to risk his life for his family. Family is worth living for and worth dying for and, John knew that.

- Protect your family (or your creative tribe) when they need you.

3. He is a successful risk taker

Risk taking is the story of John McClane's life and the trait of a good leader. In all the Die Hard movies, he took hard risks to win. In Die Hard, John jumps from the top of the building, runs on glass particles, is punched by many guys before they are killed, but, he knows that he has to take risks to win.

Other than action, Die Hard movies are funny. John hits funny lines at right time. It breaks the tension and keeps the mood fun. He appears to be carefree and unshakable. This is an attractive trait to develop. Having a sense of humor helps in business, sales and making new friends. Here is an example from the movie Die Hard:

Marco: Next time when you get a chance to kill someone, don't hesitate.

(McClane shoots Marco through the table).

John McClane: Thanks for the advice.

- Take improv classes if you can, which will help you learn humor, which helps break tense situations.

5. He is a great fighter

John might not be an MMA fighter, but he was trained well enough to kill bad guys. He stands up for himself and for his loved ones. Sometimes, fighting is unavoidable. Learn it or run from it, that is your choice. When you stand up for yourself, people too will stand up for you.

- Everyone likes to help those who know how to help themselves.

6. He is devoted to his mission and duty

As a policeman, his duty is to kill bad guys. As a good husband/father he has to protect his family. Whatever happens, whoever is killed, he keeps going forward with his mission. Every decision he makes brings him closer to his mission.

- Stay devoted to your mission.

7. He consistently works towards his goals

In Die Hard, McClane does not know how he is going to kill Hans, but, he knows he's going to have to work to get there. He consistently kills each of Hans' team members one by one to eventually getting to the bad guy and killing Hans himself, the ultimate payoff.

- Consistent work is what pays off. Work when you are sick, work when there is no signs of profit, work when you don’t feel like working. Just work. That is what makes good people great.

8. He even does things which he is afraid of

In Die Hard 2 (which was written by Stage 32 member Doug Richardson), for the sake of winning, John is willing to push past his comfort zones and, he wins at last. Here is a scene that shows bravery:

McClane is showing his nervousness while riding in a helicopter

Samantha Coleman: Then what are you doing here?

- A wise quote:“A person's success in life can usually be measured by the number of uncomfortable things he or she is willing to do.”

He is a police officer, yet he drives his car like crazy. He smokes cigarettes, says offensive things and he does not follow the rules. There is a wise quote: “He who follows all the rules does not get what he wants. He who breaks rules get more than what he wants.”

Here is an example from Die Hard, where he does not respect authority, but yet he comes out ahead:

- Don’t stick to the rules if the rules don’t help your cause. Make your own rules!

10. He is brutally honest

In all of his movies, McClane is brutally true. He curses the villains when he did not like what they were doing. In Live Free or Die Hard, when he is at Warlock’s house, Matthew tries to lie because Warlock does not like police, but John tells Warlock that he was a cop. John asks information about Thomas Gabriel, but Warlock tries to get them out of his house and, McClane gets what he wants. Here is the scene:

The Warlock: You calm down! This is MY house!

John McClane: You're gonna tell me what I wanna know, or I'm gonna beat you to death in your own house.

And after this dialogue, Warlock tells him everything about Thomas Gabriel.

- There is beauty to brutal honesty

11. He is a fast decision maker

In all the five movies, McClane does not wait for more police officers or the Army to come. He starts solving the problems himself. Even in odd situations, he is ready to fight or shoot his enemies. In Live Free or Die Hard, when Mai kicks him and throws him down, he does not give up. He comes back with a car, knocks Mai down and kills her.

13. He understands his responsibility

In four out of the five movies, John is protecting his wife, daughter and son. He could just shrug all that away and let bad things happen to them. But, he understands his responsibility. He is there for his wife when she needs him the most. The same goes for the daughter and the son. As a policeman he does whatever is needed. Even if he is alone, he keeps moving forward doing whatever he thinks is right.

- Never run from your responsibilities.

14. He does not give up even in worse odds

In Die Hard 2, when he is in the news helicopter, he might have given up and gone home like a loser. Others who are sitting in the helicopter do that exact thing. But John is John, he does not give up. He jumps on the wing of the plane. He has a jacket, he puts it in the wing. He fights two guys there, then opens the fuel tank and blows up the plane.

There is a very famous line from this movie, that John says, “Yippee ki-yay, motherf**ker!”.

- Every time you want to give up on something, say that line ;) and persist. Don’t give up!

15. He does not seek approval from anyone

In Die Hard, John is stuck in the building and does whatever he can. He even blows up the building. Deputy Chief of Police, Dwayne T. Robinson tries to stop him. John shames him away and still does whatever he likes. In Die Hard 2, Capt. Carmine does not like what John says. John does not care, he keeps doing right things. At the end, Carmine is happy with John. From the first movie on, the “Don’t seek approval” line holds true. He does whatever he thinks is right and he does not ask for approval from anyone.

- When you don’t care what anyone else thinks of you, you become truly free to do anything.

16. He uses only what he has and still gets success

17. He is always calm and in control

No matter what happens, you see him smiling. He remains calm/cool and thinks about solving the problem at hand instead of banging fists. In Die Hard with a Vengeance, he is tied to the bomb with Zeus. Certainly, he is about to die, but his dialogue when Simon was is leaving is:

John McClane: Hey f**khead. Yeah, you, f**khead. There's just one thing I gotta know. You got any aspirins? 'Cause I've had a bad f**king headache all day long.

Well, I have pointed out these traits of John McClane, so you must now watch all five Die Hard movies with a new perspective. For those who have not seen any or every Die Hard movie, watch them. They are mostly realistic (except 5) and you will end up feeling great. And, if you are inspired by John McClane, you can adopt these traits yourself. Practice them every day. One day you can try to be calm, no matter what happens to you. Another day, you might practice not giving up on anything. Another day, you might do things you are afraid of.

Imagine what will happen if you have these 17 traits in you. You will become awesome and people will look up to you as a source of inspiration.

Pankaj is a blogger, writer and aspiring actor. When he is not frightening strangers with his writing, he is most likely dancing and practicing Karate. He manages the site CinemaTyrant and loves action and comedy movies http://www.cinematyrant.com 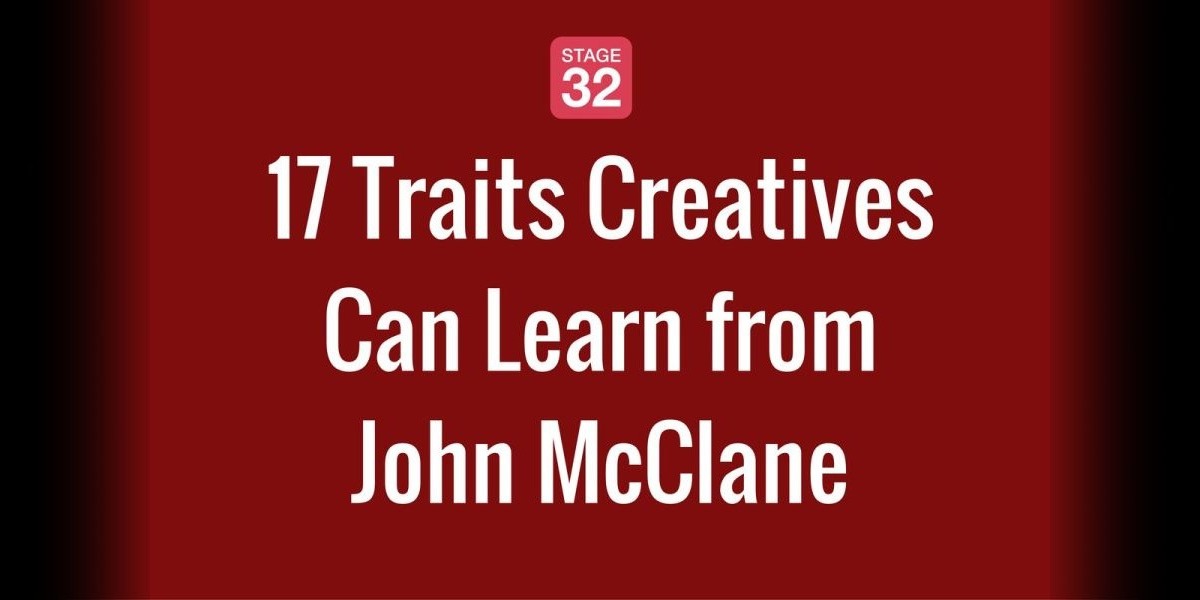