Since the beginning of this year, our fearless leader and CEO Richard "RB" Botto has been talking a lot about the Content Gold Rush of 2021 - how development and the need for great stories and content is higher than ever. Well, this notion has been proved time and time again within the Stage 32 community since January. For starters, we have already had 160 meeting requests from entertainment executives looking to connect with screenwriters and filmmakers they have met through Stage 32 in 2021 alone.

Additionally, in the first three months of 2021, several members of the Stage 32 community have celebrated some major wins in their careers - and I want to share them with you here today.

These amazing success listed below simply reflect the Stage 32 Community's wins during the year 2021 (so far!). Check out the amazing successes our members had in 2020 here and here - and be sure to check our Success Stories section and blogs to stay up-to-date with the latest wins within the community!

It is our mission at Stage 32 to democratize the entertainment industry and allow our members access to education and opportunities to help further their careers, no matter where in the globe they live. The following stories are a testament to the power of networking, hard work, and the relentless pursuit of your dreams. Be sure to wish these amazing members congratulations in the comments below! Gwenn won the grand prize at our 5th Annual Stage 32 Short Film Contest for her film Tomorrow Island. Through winning our short film contest, Gwenn was signed by Le'Ander Nicholson from Believeland Management. Le'Ander used to be an agent at Kaplan Stahler, WME and UTA and has just gone off on his own. They are working together to help Gwenn continue to grow her career internationally. In fact, he already got her a meeting with Amazon Latin America! Congrats Gwenn!

"Thanks to all the amazing exposure Stage 32 has given my work, I got a manager! I'm very happy, this is the first time I have had a manager. I'm actually learning new things because I'm from Argentina, and here directors do not have managers - and now suddenly I have one in LA who is working together with me to launch my career as a director on an international level" - Gwenn Joyaux "I’m so grateful to Stage 32 for their commitment to helping writers reach their full potential through their education and pitch services." - Shannon Valenzuela Ghana born, Montreal-based filmmaker Will Niava was one of our 5th Annual Stage 32 Short Film Contest winners for his film Zoo. Producer Jason Resnick (Serenity, After, Destination Wedding) saw Will's film in the Stage 32 Short Film program and hired Will to work on co-directing a feature film with another European filmmaker he's working with! Congrats Will! See more in the below video from Will.

"I'm so happy to be part of the Stage 32 community, and to be part of the family - I feel close to them, you know? Amazing staff by the way - thank you, thank you so much for investing in me. I feel like there is someone that cares about us, about the artist, about our vision, and that it gets heard and that we get to work and that we actually get to do more of this - I don't think I know any company that is like that" - Will Niava After being selected as one of the winners in our inaugural "That's a Movie!" Logline contest, LA-based actor, screenwriter, and director Zach Tirone was signed by literary manager Andrew Wilson at Wonder Street Entertainment through Stage 32. Andrew was one of the managers who was integral in bringing the SAW franchise to the screen. Andrew is in an elite club of Literary Managers, he represents some of the most exciting writers and directors in the industry, and whose clients’ collective worldwide film grosses have reached over a billion dollars. Read Zach's full story here - congrats Zach!

"No matter which phase you are at with your script - if it is something that is really polished and you are looking for representation or maybe it's a new script and you are looking to shape it and get a little more feedback - I highly, highly recommend the script services portion of Stage 32. It is a really great way of connecting with people in the industry, no matter where you are in the world." - Zach Tirone Donnie recently connected with Will Raynor, the Creative Executive at Mandalay Pictures, during a Stage 32 script read and consultation call. In case you are not familiar with Mandalay, they have been a force in the entertainment industry for over thirty years. Films CEO of Mandalay personally produced or executive produced, include RAIN MAN, BATMAN, THE COLOR PURPLE, MIDNIGHT EXPRESS, THE WITCHES OF EASTWICK, MISSING and FLASHDANCE, which have earned over three billion dollars worldwide and garnered more than 50 Academy Award nominations.

Mark A. McKee - Emmy-Winner Director attached to project after Connections Made through Stage 32 "This is my first time in the land of development and while I’m keeping the story of Trending quiet as we refine it, I can’t thank the team at Stage 32 enough for the platform that made my connection with Chayah possible. I feel immensely lucky, but now isn’t the time to rest. There’s more work to do and more stories to tell. Every opportunity is an open door...when your time comes, don’t waste it." - Mark A. McKee Ronika recently connected with a fellow Irish filmmaker through Stage 32 who has since optioned her screenplay Blackbird! Ronika shared this thrilling news in the Stage 32 Success Stories lounge. Read more about Ronika's inspirational story here.

"I joined Stage 32 in January, and pretty much immediately after I joined, a friend of a friend of a friend of a friend (Ireland is a tiny country and the film industry here is even tinier, so we’re not separated by 6 degrees, it’s more like 2 degrees - kinda like the temperature!) found me on Facebook. An Irish director and producer, had been looking for a follow up script to his major success debut which premiered in the States and will come to streamers in April.

He had heard that there was a local writer making waves, and had caught some of my braggadocious posts on blogs and facebook. He then decided, on a whim, to check me out on Stage 32. Having been drawn to gritty and true stories, and having already decided that he wanted to work with someone Irish, my profile and my loglines were there for the taking." - Ronika Merl Lynne connected with Brad Wilson of Higher Purpose Entertainment over three years ago on Stage 32, and now they are collaborating on multiple faith-based projects! Read the full and inspirational story here.

“First let me say how truly happy and thankful I am to be working with Stage 32. These guys are legit and the real deal. The writers I've met through them are really very good. In the world of film and television one has to learn very quickly how to avoid the land mines and Stage 32 is a blessing for any writer to be on safe grounds. They truly care about the writer and helping them.”- Brad Wilson, Higher Purpose Entertainment Jenny Rauch was the winner of our 5th Annual Comedy Writing Contest with her original pilot, LOVE, CHELSEA. After winning, we set Jenny up on meetings with the contest judges including an Associate Producer on WORKIN' MOMS, the Head of Film and Television at Panay Films (WEDDING CRASHERS, CHiPS, VAN WILDER), and actor Jonathan Kite (TWO BROKE GIRLS, DAD STOP EMBARRASSING ME). Those meetings resulted in some great connections for Jenny who is based in Chicago. Read the full story here.

"Watching ​"LOVE, CHELSEA" reach the Quarterfinals, the Semi-Finals, the Finals, and then actually win was unbelievably surreal. And what’s happened since then has been even more surreal. I suddenly had people with real industry knowledge and connections in my corner. Not only did Jason Mirch help prep me for all the meetings they were setting up for me, but he helped me create an entire pitch deck (and helped me realize that I actually want to get this show made, not just use it as a writing sample).

I’ve had meetings with producers and managers who have all been so kind. A few of them requested more material from me immediately and I’ve been back and forth with them about other projects I’m working on." - Jenny Rauch Germany-based screenwriter and Stage 32 member Christina Patjens recently wrote a Stage 32 blog called "When Life Gives You Lemons, Open a Lemonade Company - How to Use Struggles as Creative Fuel". Northern California based Author and Stage 32 member Carina Burns read Christina's blog and hired Christina to adapt her novel The Syrian Jewelry Box into a screenplay! They are now working together across time zones and international waters to bring this story to life on screen. Congratulations Christina and Carina!

"After reading, 'When Life Gives You Lemons…' on Stage 32, I immediately knew that I had found my long-sought screenwriter. Christina’ knowledge and connection with North-Africa resonated with me because I lived in Saudi Arabia. The story’s setting takes place in Jeddah, Saudi Arabia and in Europe during the seventies. As soon as I read the word “Tunisia” I finally said aloud, “She is my gal”, who will turn my story into a movie script." - Carina Burns Bill Osinski's script VICTORIA THE FIRST optioned by Blake Reading and Carla Westlund at Cake Studios after connecting through a Stage 32 Script Read and Consultation Call.
"I had a consult with a Stage 32 reader, who advised going from frequent flashbacks to chronological story-telling. That meant essentially going back to where I had started years ago. But once I swallowed my pride and put my trust in the sympathetic reader's comments -- and in my own gut instincts -- I found myself enjoying the process of re-creating VICTORIA .The first person to read the new version was Blake, and he offered me an option during our first conversation. Now, we're off to the races! Thanks for the great connections you've helped me make." - Bill Osinski 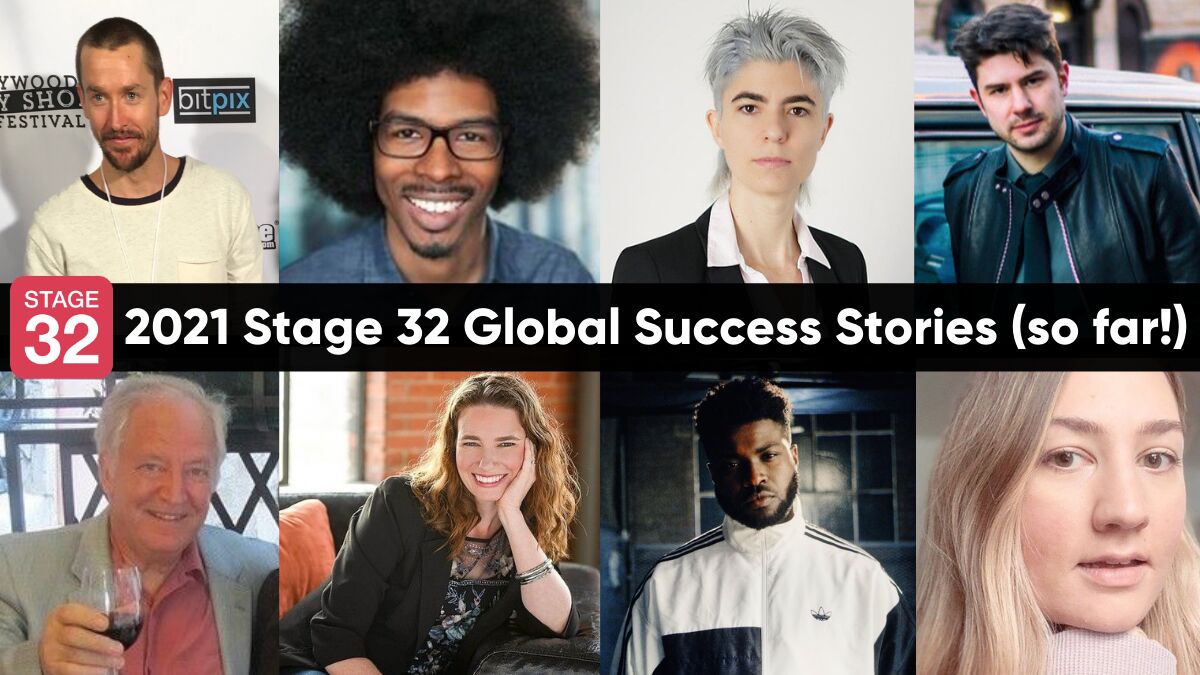 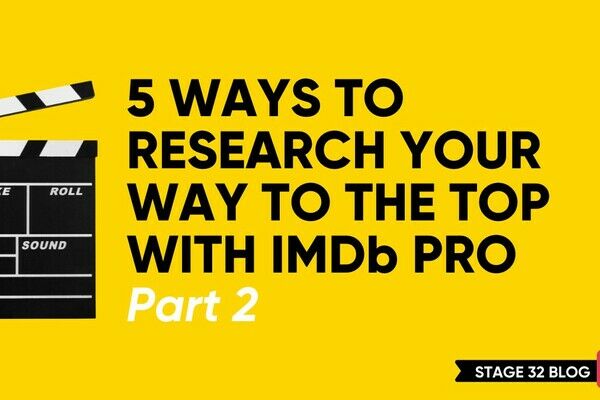 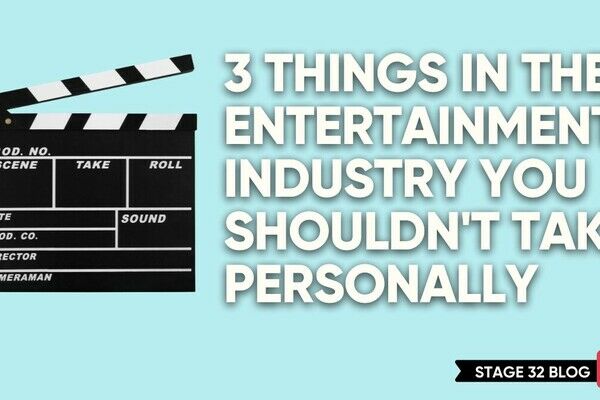