3 Reasons You’re Not Raising Money For Your Indie Film

Posted 6 years ago by Jason Mirch

As those in the film industry can relate, the majority of the time you are more likely to hear the word ‘no’ than the word ‘yes.’ This is especially true when you are trying to part the film financier from his money. There may be a number of reasons why a financier will pass on your project and you will no doubt here a variety of reasons from, ‘We already have a similar project in development,’ to ‘It doesn’t fit with our current slate of films,’ or my personal favorite, ‘we have already committed our production financing to other projects.’ You will no doubt hear at least one of these reasons at some point in your career. None of them are the real reason why your film received a pass.

Here are 3 main reasons why you are not raising money for your indie film:

So that guy who played in that one cable TV show a few years back is interested in starring in your film. He’s even ‘attached’ and you have a letter from his lawyer to prove it. The first question out a financiers mouth is, ‘So?’ There are very few meaningful pieces of talent who can generate interest in an indie film, and because these stars are inundated with endless ‘low budget indie’ projects on a daily basis, getting them interested in your project is no easy feat. The reason stars are so important is because of the international sales component. Can the talent you attach to your project drive sales in Europe as well as Asia or Latin America? If the answer is no, you need to look at who does. And go after them aggressively.

2) You haven’t done your legwork:

When approaching a financier,generally they will want something close to the starting gate. Meaning, if you hand me a script and I say what’s the budget, schedule, potential shooting locations, and (again can’t stress this enough) attachments, you should have solid answers. Production funds are not interested in development of projects. So it’s worth it to make an investment in your project and have it schedule and budgeted to get an idea of how much it will cost to make. Come with that work already done and it shows two things: initiative and (if the work is sound) competence. Both instill confidence in the financier you’re approaching.

3) You’re looking for love in all the wrong places:

There is some truth to the ‘it doesn’t fit with our slate of films’ line. Research the funds or financiers you’re approaching to see what they have done in the past. If they’re doing thrillers and horror, don’t bring them a family comedy. If they do films at a budget of no more than $5m don’t expect them to fund your $10m project. Additionally, consider approaching financiers with a slate of projects rather than one. Who knows when you’ll get that opportunity again? If you’re lucky enough to get face time with a financier don’t put your eggs in one basket. If they pass on one, let them know you have another one in the other chamber.

Again, there are a multitude of reasons why you’ll hear a financier passed on your project. And generally some of them will be true. The best defense against a dreaded pass is make it hard for them to say ‘no.’

Want to learn how you can break even on your indie film before distribution? Jason Mirch will teaching exclusively for Stage 32 in our upcoming Next Level Webinar: Finance Your Independent Film & Break Even Before Its Release Utilizing The Risk Mitigation Model.

He will navigate you through the Risk Mitigation Model of independent film financing, which utilizes foreign pre-sales, soft money, and equity to finance feature film projects.

To find out more, see a video from Jason and to register, click here.

Jason Mirch is a 10-year film and TV producer and former Head of Feature and Television Development and Production at Image Nation Abu Dhabi (The Help, The Best Exotic Marigold Hotel, Contagion and 100 Foot Journey)!

Most recently, Mirch founded Destructo Productions and is currently producing a feature film based on the New York Time best selling memoir Odd Man Out by Matt McCarthy.

Previously, Mirch was the head of feature and television development and production at Image Nation Abu Dhabi, a finance and production company based in The United Arab Emirates. There, Mirch was directly involved in developing Image Nation’s 5-year strategic plan with the CEO, Michael Garin.

Mirch worked closely with producers, Ashok Amritraj (Hyde Park Entertainment), Walter Parkes and Laurie MacDonald (Parkes+MacDonald), as well as Jonathan King (Participant Media), in the development, financing and production of a slate of international motion pictures, while supervising the content division for Image Nation International. There, he supervised the Image Nation contributions in the development of Flight, The Help, The Best Exotic Marigold Hotel, Contagion, Life of Crime, Ghost Rider 2, Midnight Sun, and 100 Foot Journey, among others.

Locally, Mirch supervised a team of executives to manage a slate of over 20 feature film and television projects in active development.

Prior to his work at Image Nation, Mirch was Co-Head of Development at Zadan/Meron Productions (Chicago, Footloose, The Bucket List) where he was actively involved in the development and sale of television series and mini-series to CBS, NBC, Fox, ABC, and Lifetime. He was also developed a slate of feature film projects for New Line, Paramount, Summit Ent., and CBS/Paramount. 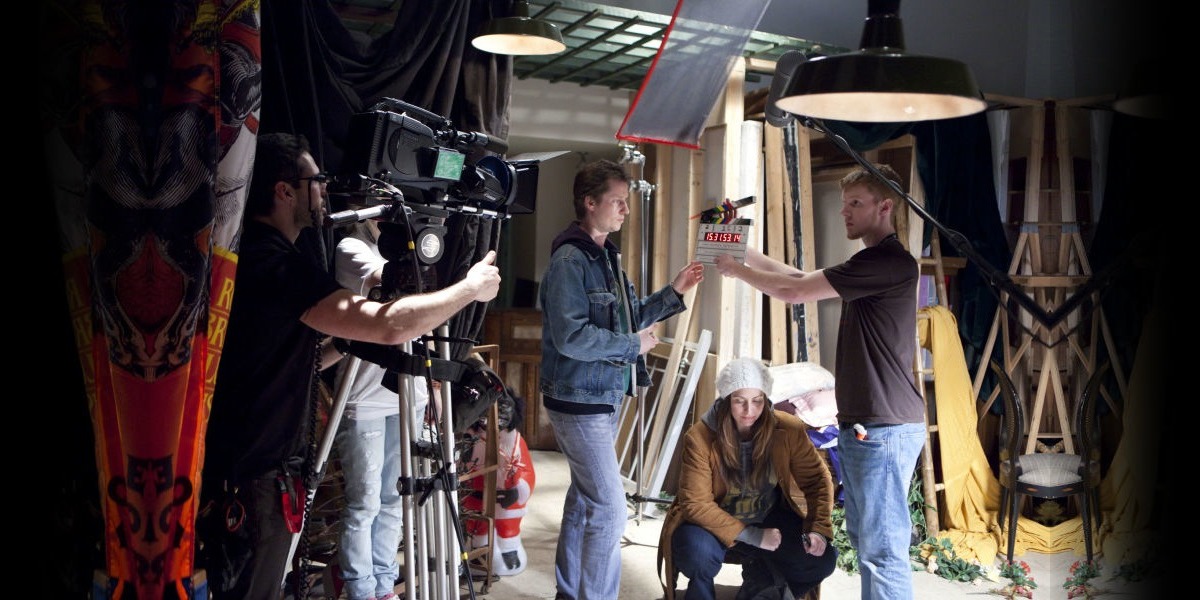