5 Reasons Screenwriters Should Dial in to the Film Festival Circuit: A Festival Organizer’s Perspective

Posted 8 years ago by Heather Waters 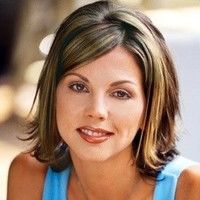 Today’s guest post comes from the Founder & Producer of the Richmond International Film Festival and the Co-founder of the Creative World Awards, my friend, Heather Waters.

Throughout her time at CWA and RIFF, Heather has been responsible for helping hundreds of writers develop material for the screen, and has assisted many in securing representation and option deals.  Heather is also Founder & CEO of The Media Industry Xchange, a creative directory and online development platform for creatives and industry executives.

But wait, there’s more.  Heather is also a producer, screenwriter, and director.  Her most recent films include Strive, Trading Ages, The Youth Roundtable Project, and Stillwater Lake.  She also has two films in pre-production which she is slated to direct this winter.

In addition to annually offering Stage 32 members a discount to the Creative World Awards, Heather is currently offering the community $10 off all entries into the Richmond International Film Festival.

I thank Heather for taking the time to share her insights with the network.

So, you've completed your script, now what?

Chances are you've now begun the long and arduous process of trying to get your script noticed. Noticed enough to generate recognition from your peers, and ultimately those professionals that can help get your project made. To do this, there are a few options at a writer's disposal, but one in particular that may be overlooked as a key platform that can give writers a slight edge. That is, film festivals.

A film festival is designed to help writers and filmmakers get exposure, and provide them with opportunities throughout festival week to mix, mingle, and network with executives, press, and other talented creatives. Additionally, some festivals offer unique production opportunities or perks that screenwriters in particular should be quick to take advantage of. Here's how:

If you're looking to learn, to network, promote, and ultimately venture deeper into the world of film, the festival platform can be a unique and effective way to do that. As a festival owner, I encourage writers and filmmakers to come up with a short list of festivals and competitions to submit to. Each festival offers its own focus and niche, so choosing across a wide range each year can be beneficial (from smaller, niche focused fests to larger, more well-known ones).

So take the plunge, and submit to a few. Chances are if you do, it just might gain you that proverbial edge you've been waiting for.

Heather Waters serves on the Executive Board of the Virginia Production Alliance. She studied screenwriting & cinematography in the graduate program at Georgia State University (GSU), and holds a B.A. and M.A. in Political Science.

The next deadline for entry into the Richmond Film Festival is August 15th. To save $10 on all entries, please click here.

Here's Heather speaking about the impressive lineup of films as last year's RIFF on Virginia This Morning:

Heather is available for all questions and remarks in the Comments section below.