6 Tips To Crush Your Interview At A Hollywood Talent Agency

Posted 6 years ago by Charlie Charbonneau 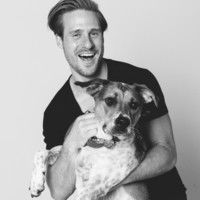 Want to write, act, direct, negotiate, produce, walk a celebrity’s dog? Whatever your dream gig is, if you’re trying to break into Hollywood, there’s no better place to start than a talent agency. Everything you could ever need to launch a successful career is behind those spotless, heavy glass doors in Beverly Hills — or Culver City, you know who you are. The best (and worst) scripts to read. Contacts who will put your resume in the right hands and lie about how great you are to the powers that be. And, oh yeah, information. Specifically on job openings. At an agency desk, you’re the first to find out about the juiciest positions.

First, you have to get past the interview. Unless your uncle is a Partner at the agency. If he is, good for you, skip it and prove that nepotism ain’t always bad. If he’s not, here are 6 tips to crush that high stakes meeting.

Agencies pride themselves on appearance. The agency where I worked would send you home if you had a five o’clock shadow when you walked in the door. You don’t have to get all Patrick Bateman crazy about your threads, but looking good is imperative. It will give you a confidence boost, too.

Nice clothes are expensive. If your budget is tight, ask about the return policy, float it on some plastic, and keep the tag on, just make sure to hide it before you walk in the room. Also, for those of you just getting out of school, most department stores have some great Memorial Day sales, and they’ll give them early if you don’t return the item before the sale starts.

Guys — wear a suit and tie, and make sure it fits, put some product in your hair, act like you deserve to be there and look like someone should pay you bi-weekly. Don’t bother with the Axe body spray, it wreaks of amateur.

Girls — sex sells, especially in Hollywood. Use it, just don’t push it too far. Keep it classy and professional. You never know who could be in the interview and might be put off by too much skin. Many women are ultra competitive in the agency world, and it’s a fine line between cool hot new colleague and threat.

Yeah, obviously. This means be 5 to 10 minutes early. There’s no reason to walk in 30 minutes before the show. Agents are generally back to back with calls, meetings, and massages. It can be a nuisance for those who don’t like to be rushed, and you don’t want your first impression to be too eager or annoying. Parking is a vortex of loathing and despair in LA, even if the agency has a parking lot. Give yourself plenty of time to deal. It’ll take you 5 minutes to translate most street signs. Factor it in.

If you’re interviewing with an agent to be their assistant, you could be spending upwards of 14 hours a day with them. It’s not just about whether you’re qualified to handle the work. They want to know they can get along with you, too. They’re human beings. Talk to them. Check out their decorations, look for pictures that you can relate to. Are there pictures of kids? Ask how old they are. Wife, husband photo? “How long have you been married?” Rock climbing photo? “Oh, I climbed Mount Rainier last summer and almost died in a rockslide.” Find some common ground if you can, just don’t dig too deep; it can be creepy. It’s part of the job of an assistant to be able to easily socialize with many different personalities. Show your skill set.

It can be tough to locate client lists, but you’d be surprised what you can find with resources like imdbpro.com, Twitter, Instagram, and here on Stage32 you can connect with tons of industry folks to get some useful intel (Studio System is great, too, if you can find a password — it’s pricey). Research the history of the agency. They’ll ask you about it. And don’t stop at Wikipedia. Be a sleuth, it will pay off. (Check out The Mailroom, it’s a great resource and an entertaining read)

Do research on yourself, too. Come prepared with a list of your top five favorite male and female actors (include some clients). Movies and television shows, too. If you just marathon’d House of Cards, see if any of the directors are represented at the agency. It may sound silly, but in a high pressure interview situation, it’s easy to blank if you haven’t put some minimal brain power into these things. Do homework on yourself so you can fire off some thoughtful answers.

There is no bigger liar on the planet than a Hollywood Agent. It’s they’re job, and they’re terrific at it. I once temped for a senior agent who told a studio executive via phone without hesitation that our agency was working longer hours than usual during the 2007 writer’s strike. It was 3PM and during the call he was packing up his bag to leave for the day. Don’t BS these folks. They’ll smell it on you. And they’ll call you on it just to watch your face turn red.

If you only met someone once, don’t pretend you’re great friends — it’s lame. Don’t pad your resume with a degree you’re four credits shy on — HR will check (I personally almost got screwed on this). And here’s one you might not hear all the time: if you don’t want to be an agent, don’t say you do. Many people believe you have to lie and say you want to be an agent to get a job at an agency. Yes, agencies prefer longevity in their candidates. It’s better business. But it’s also a numbers game. I’ve met 2 people in 10 years who came out of school wanting to actually be agents. Too many assistant positions need to be filled to wait around for these highly unusual folks. There’d be no one to dial the phones and a SuperMassive Black Hole would open at Wilshire Blvd and El Camino and rip a hole in the time-space continuum. If you want to direct or write, my advice is DO NOT LIE. Even if you slip the fib by them, they’ll find out eventually, and they’ll lose faith in you. Plus, when that writer’s assistant or 2nd-2nd AD spot opens up, blowing your own cover so they’ll forward your resume will be awkward and could burn a bridge you’ve been working over a year to build. They invest time and resources into candidates who are serious about being agents. Don’t waste anyone’s time, including your own.

Here are a couple of tactful ways to answer the interview question as to whether you want to be an agent.

“Yes, it’s all I’ve wanted to do ever since I saw Swimming With Sharks.”

If you’re unsure of what you want to do: “I can’t answer that 100%. The potential of it is very appealing to me. What I can say is that I’m very serious about learning the ins and outs of the agency business, and I’m ready to work my butt off everyday to do so.”

If you know what you want to be and it’s not an agent: “To be honest with you, I’m in this game to eventually write for TV [or be an attorney or direct or work in development at a studio]. But I’m adamant about succeeding in this business and right now all I want to do is work for this agency to learn it from the ground up so I can position myself for that success down the road when I’m ready. I work my ass off and I’m willing to go the extra mile for a couple of years at least.”

WHEN IN DOUBT, MAKE THEM LAUGH

Smiling is contagious. Try to look relatively happy and upbeat when you walk in the room. If they look pissed and not in the mood for your joviality, recalibrate. Don’t try this at home, but if someone seems really ticked off or down in a meeting, I’ll ask them if everything’s okay. It’s dangerous, but sometimes being that perceptive can open the door for a more candid conversation. Plus, if doing that makes them feel better, more points to you. Regardless, opening with a blank expression gives the interviewer too much room to turn sour on you. Let them see you as a positive highlight in their day right from the get-go.

And if the interview is going poorly, work a joke in. Working at an agency can be a loathsome, monotonous affair. A surprise laugh can be like a triple shot almond milk latte for an agent. I was on pain killers and recovering from hernia surgery when I interviewed at 4 different agencies out of school. I put my foot in my mouth during one interview and the energy in the room turned. I apologized and asked if we could “chalk up that last sentence to the Vicodin. I just had surgery last week and I’m still on painkillers.” He chuckled and the rest of the meeting went great. I got an offer from them and worked at that agency for 2 years.

Charlie Charbonneau is an accomplished television writer and producer whose credits include the 1-hour dramas The Secret Circle, The Vampire Diaries, and its spin-off The Originals. Born in Las Vegas but raised in the sleepy horse track town of Saratoga Springs in Upstate New York, he moved to California at 17 where he earned degrees in Screenwriting and Spanish from University of Southern California. A born self-starter and anxious to learn the business from the ground up, Charlie quickly continued his Hollywood education as an assistant at The William Morris Agency. There, his work garnered him an intimate and expansive knowledge of the entertainment business and a litany of agents, attorneys, and talent with whom he proceeded to construct his writing career.

He cut his TV teeth by assisting and then writing and producing for the likes of writer and Executive Producer Kevin Williamson (Scream, I Know What You did Last Summer, Dawson’s Creek, FOX’s The Following) and Julie Plec (The Vampire Diaries, The Originals, Containment), eventually earning the title of Executive Story Editor on The Originals. During a time when Network TV saw gradually decreasing ratings, over 3 million viewers from all over the world tuned in live for his episodes week-to-week. In production on its 7th season, The Vampire Diaries can still frequently be found among the most downloaded episodes on iTunes as well as the most watched series on Netflix.

Join Charlie Charbonneau for the exclusive webinar Get In the Writer's Room: Becoming A TV Staff Writer next week on Tuesday, May 31st at 1pm PDT! 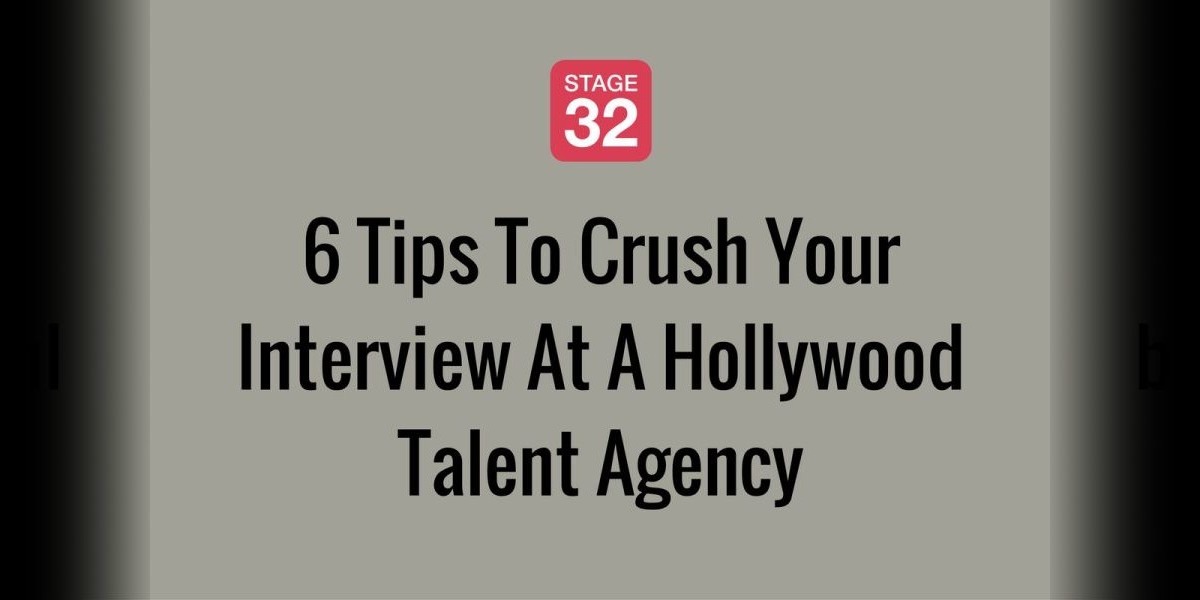 Blog Post by Charlie Charbonneau, posted on Thursday, May 26th, 2016