A Drive To Produce

Posted 6 years ago by Simon King 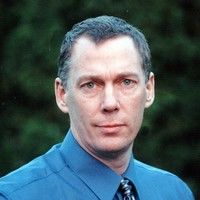 The bug for cinema and filmmaking hit me hard in the summer of 1970. On that hot July day I sneaked through the back door of the local theatre and ensconced myself into a rickety folding seat not more than 15 yards from the screen. The purpose of my stealthy activity was two-fold: first, I wanted to escape the oppressive heat outside and the theatre was an iceberg in the midst of a desert; second, and perhaps of greater importance, I could not just but a ticket and walk in as the show on offer was rated “R” and I was a number of years short of meeting that requirement. I now look back on that day as the time when a klieg light went off in my brain. I would, from that film forward, be forever committed to a love of movies and moviemaking.

The film in question, “A Man Called Horse” featured a handsome Irish fellow by the name of Richard Harris; an actor who would go on to make Unforgiven, Gladiator, and for those whose cinematic experience may be limited to this millennium, Harry Potter and the Chamber of Secrets. It was a pivotal scene in the film that seared itself into my memory and drove my desire to create movie magic. In what must be one of the earliest examples of men piercing their nipples, Harris is hung from his in a Native American initiation ceremony. If that doesn’t make you want to be a filmmaker, what would?

One Step at a Time

I started, as many did, with my father’s Bolex 8mm doing horrible animations with my G.I. Joe dolls and wads of Play-Doh. It was not until years later that I found myself directing on a real film set: light, camera, and plenty of action. Nothing cinematic, mind you: commercials for the local carpet company or a promo video for the California Strawberry Advisory Board made up the bulk of my early experience. My theatrical scripts were winning awards but fell short when it came to actually getting produced. Without a doubt, the desire to do more with my film career was there and it soon became obvious that if I was going to create the work I truly wanted to, I needed to take full control of the process; I needed to produce.

The Spaghetti of Producing

After a few shorts, I jumped right in and tackled a feature-length western. The script was not my own, but it was solid and had all the required Tarantino moments and gutsy dialogue. Our budget blossomed (as they are apt to do) from, “We can do this for $50K” to, “It looks like I can get us $1,000,000.” Everything was in place: horses, prop guns, squibs, locations, a stellar cast and first-rate crew. Even craft services and transportation were lined up and ready to go. Nothing could stop us! And then, what started as good quickly went bad and eventually turned ugly. At the eleventh hour the folks with the money started making demands on the project; demands that, while understandable, were not something I wished to accommodate. They needed bigger names and a director with a longer list of credits. It was becoming a slippery slope where I could get the money I needed if I fired the director and recast the leads. But I believed in the cast and crew and, rather than compromise, I informed everyone we were not dead, but for moment we were lying still in the water. This is when it became ugly and when I truly learned what a producer does. There were a few on the cast who already had oversized egos (despite the fact they were playing bit roles) and who started directly and indirectly throwing around threats and insults. It seemed there was no one they would not bad-mouth to about the project. As the film’s producer, I took the heat and let everyone know what had happened and what the path forward might be. A year later I am still hearing though the grapevine how one unhinged actor believes I ruined his career. One out of a cast and crew of a hundred plus… I can live with that. Lesson learned: while producing requires a wide variety of business and organizational skills it also mandates a big smile and a strong spine.

Get On Another Horse

The key to producing is a big funnel. Although my first feature had suffered a fatal blow, within a year the same director and I were freezing our butts off in the winter wonderland of the Pacific Northwest on another western. The budget was rock bottom but we still had horses, guns, stunts, and a cast of dedicated professionals who spent 30 days making a damn fine film. Within weeks of wrapping the western I was producing a series for the teenage demographic. It was a new experience moving from features and shorts where you have months to arrange every detail to the world of episodic where decisions are made in a matter of hours and days. As a producer, there is no end to the roadblocks that you encounter when trying to bring a script to the screen. You must be willing to take a thousand punches just to get that one kiss.

#1. Set realistic goals. I once heard an actor say they were going to, “Give this acting thing a year or two and if I haven’t hit it big I will give up.” These are not the words of a professional or even a dedicated amateur. Whether you are in front or behind the lens, success in this industry takes years of dedicated maneuvering and pushing. So enjoy that mac ‘n’ cheese, and remember every audition, every student film, every short is a step forward.

#2. Tell the world. With the plethora of social media available there is no excuse for not shouting from the mountaintops when you have a success, no matter how minor. If you are a producer, then tell everyone you meet about your project; you never know who might offer up that last little bit of financing. As an actress, announce on Stage32, Facebook, Twitter, and Instagram every time you have a good audition. Working as a AD on a student film? Brag about it! If you don’t, who will?#3. Work your craft everyday. That’s right, 365 days a year you should be breathing film and filmmaking. Given the choice of doing sound on a small project for less than minimum wage or folding shirts at J.C. Penny, well, there should be no choice. Can’t find $100K to shoot your zombie flick? Then find $5K and a group of friends and cut every corner to make a similar film. Every day, no excuse.

#4. Study the other crafts. If you are a screenwriter, then read books about the craft of acting. David Mamet has some excellent ones. If you are a director, then learn what a producer must do to keep the money happy. Actors and actresses work hard on their craft and deal with rejection on a daily basis but that should not stop you from researching the requirements for capturing good sound on set. Knowing how the whole team works makes each member that much more vital.

#5. Have fun. No matter if you are an aspiring actress, a young PA making coffee runs, or holding your first boom, remember to smile; you are involved in an industry that entertains the world.

Simon King was born in a tiny cottage in rural England. His earliest introduction to film came when he learned his father had acted in a significant British WWII film, The Dambusters. Simon’s path to producing, writing, and directing was anything but straight. He worked as a graphic designer and directed horrid television commercials before earning a BA in mathematics and an MA in Dynamical Systems (Chaos Theory). After a stint teaching, he was recruited into a tech startup during the early days of the World Wide Web (as it was called then.) He led international business development for this startup and other tech companies in the US, Canada, and England all with a focus on electronic commerce and Digital Rights Management. Growing tired of talking smoke and mirrors for a living, he took time off to travel for pleasure and to write. His screenplays began winning awards although finding an interested producer or director was not quite so easy.

In the past few years he has taken matters into his own hands and has produced a number of shorts and executive produced a feature, Cold Chains, Hard Hearts and Bloody Hands (2016). He has several features in pre-production and development and is currently producing and directing a series for teenagers called, Dani’s Bucket List. Simon is married with five children and three grandchildren. His production company, Clearstream Entertainment, (named for the cottage he was born in) is located in Portland, Oregon.