A Summer of Stage 32 Success: August Has Been Red Hot for Writers!

Good morning Stage 32 Creative Crew! I hope you had a fulfilling weekend and carved out some time to introduce yourself to the Stage 32 community during “Introduce Yourself Weekend” while enjoying the remaining days of summer. If you did not get a chance to say “Hello” yet, there is still time! Can you believe in this whirlwind year, we have blazed right through summer and it has been incredibly busy for members of our Stage 32 community, even while the industry is going through a disrupting period as a result of the COVID shutdown.

There have been more than 380 meetings set between executives and writers this year and 304 of those came after the COVID quarantine and lockdown in March! And it gets even more impressive! To this point in August, we have already had 57 requests from executives for introductions to writers as a result of through Stage 32! For comparison, last year at this time there were 31 meeting requests! Does that sound like development is stalling?

But this summer, the opportunities for writers didn’t stop there! One production company has optioned 4 different projects from writers after one of their executives connected through mentor sessions, coverage, and consultation calls (more on that coming soon!). Another screenwriter, Eric Jeske, recently landed representation as a result of a Stage 32 contest win, while screenwriter Martin Reese landed a $5,000 option agreement and is now in development with major producers for his micro-budget horror script. And finally, as a result of the July “Double Recommend” Lookbook, more than 26 script read requests came in from companies including Marc Platt Productions (LALA LAND), 3 Arts Entertainment, Lit Entertainment (Chris Pratt's THE TOMORROW WAR, Ryan Reynolds' FREE GUY), Verve Talent, Untitled Entertainment and more! 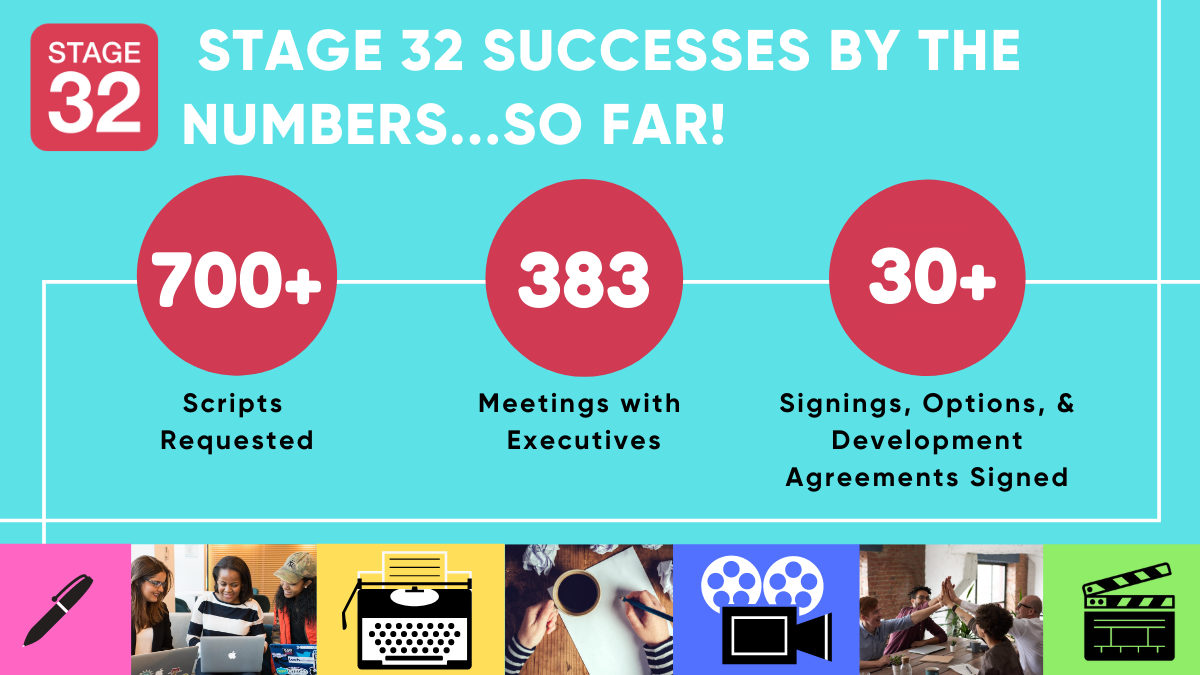 Another Summer of Success for Stage 32 Writers!

Right now though, I want to focus on our amazing writers of August who are crushing it with meeting requests and moving their projects forward! Kim Hornsby received a meeting request from Senior Coordinator Janean Jeffires of CBSViacom for her project, Necessary Detour. Janean also requested an introduction to Charles Gillis for his Danny Phantom Spec.

Michael Peterson of Phoenix Pictures requested an introduction to Scott Jeschke for his script A Bloody Affair, while Producer Alexia Melochhi requested to meet with James Campbell for The Adventures of Major Miracle, Krystal Champion for Finding Wellness, Ekaterina Alferov for Christmas Star Story, William Overton for the script October Surprise, Andreas Andersson with A Good Day to Kill, Dane McCauley for Keys to the Kingdom, Carole Whang Schutter for Pirate Queen, and Nadia Meirovich with The Homeless House!

Producer Samantha Schoen asked to be connected Doug Mallette for Junk, while producer Aimee Schoof - who has has 10 Sundance, 4 Tribeca and 3 SXSW Premieres - requested scripts from Simon Foster for NightFall, Nicole Jones with #Karen, David Flanagan for A Girl's Guide to Becoming A Werewolf, and Antonio Weiss with Funny Boy. Fellow producer Carla Westlund of Cake Studios requested introductions to Trevelyan Evans with The Jacksonville Testament and Charlie Magdaleno for The Bells.

Nelson Cole of Energy Entertainment (OUT OF THE FURNACE, RUN ALL NIGHT) asked to meet Cameron Tendaji for Last Call, while Brett Glatman - who is producing Oscar-winner Peter Farrelly’s next film - asked to meet Catherine Y. Fridey for Spot Time, George Sims Jr. with Beyond the Mound, Vince Taroc with The Rub & Tug, David Page for Whipping Boy, Robbie Robertson for Jamestown, and Mark Stouffer with Squish.

Meanwhile, Producer Cody Lyons of The Octoberists asked to meet with Matt O'Connor for his project Into the Trees, while Meagan A. Culberson the Management Coordinator at Alta Global Media asked for an introduction to Todd Zing for Astoria, while Script Coordinator Aaron Daniel Jacob of Bento Box Animation Studio asked to meet with Tony Gapastione for Piccolo. Producer Tatiana Kelly at Serena Films, whose films have earned two Independent Spirit Award nominations - also asked to meet with Antonio Weiss for Funny Boy. And finally, Sarah Cornelius of Whitewater Films asked to be introduced to McKinley Parker for Shreds and Marlene Rhein for When the Bass Drops.

Congratulations to all of these amazing and talented writers who have moved their projects and their screenwriting careers forward with the help of Stage 32! And the month of Augusts isn’t even over yet! We will keep bringing you the updates as writers rack up the successes! Right now, let’s offer congratulations to all of the writers who have had a summer to celebrate! 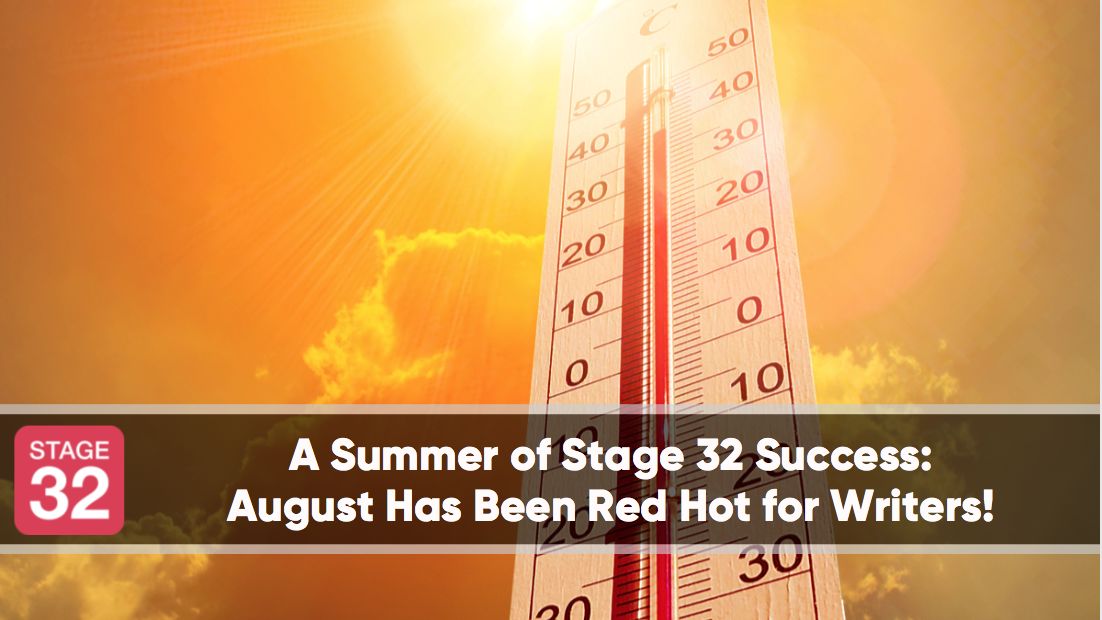