Good morning Stage 32 Creative Crew! We’re kicking off another week in a big way, with updates across the board on the successes Stage 32 members are enjoying with producers, managers, and development executives throughout the industry.

We have updates on record shattering meeting requests as a result of Stage 32 Script Services and we have updates on more than two-dozen script requests from industry professionals as a result of the latest, exclusive Stage 32 Double Recommend Lookbook. If you haven't been paying attention, this year has already seen incredible success for writers including starting development with the producer of "DEXTER", landing a shopping agreement with a major international sales agent, signing an option agreement with billion-dollar production company Mandalay Pictures, and landing representation with a billion-dollar literary manager, among others, all because of connections made through Stage 32.

Beyond that, it is exciting to note Stage 32 writers have had 296 meeting requests so far this year from industry professionals - which shattered the record set this time last year! In the month of May alone, there were 40 requests from executives, producers, and managers looking to connect with writers after reading their scripts through Stage 32.

The requests have come from Sony Pictures, Animation, Mind’s Eye Entertainment, which just produced Mel Gibson’s latest feature, The Wolper Organization which has a first look production deal with Warner Bros., Captivate Entertainment, which produces the BOURNE-franchise, Paramount+, and Will Smith’s Westbrook Studios - among many others.

This is the sort of incredible access that does not come from being passive and waiting for executives to find you. The writers who were asked to take these meetings were proactive and got their work into the hands of professionals who knew exactly what to do with it. These writers didn't wait for their email to ping or their phone to ring. That is why they are making giant leaps forward.

The same is true for the writers who landed a coveted spot on the exclusive Stage 32 Double Recommend List and have since had their scripts requested by top executives. They submitted their project for Industry Reader Coverage or Development Notes from an executive and received a “Recommend” for both their script and their general writing ability.

Why does that matter? Because instead of just having their projects sit stagnant on a site, the Stage 32 team sent their logline and bio to over 500 industry professionals who are looking for material. The team at Stage 32 doesn’t wait for the industry to find our writers - we go on the offensive and make sure they know who you are. Stage 32 writers are requested by production companies with incredible credits

The results speak for themselves. So far, scripts have been requested by several industry executives from Untitled Entertainment, billion-dollar manager Jake Wager at Alibi Entertainment, Black Bear Pictures the financiers behind IMITATION GAME and I CARE A LOT, Lit Entertainment the company behind FREE GUY and THE TOMORROW WAR, and billion-dollar producer Amy Baer.

I would love to congratulate those writers who have received script read requests as a result of appearing in the “Double Recommend” lookbook! Iain Anderson has appeared multiple times on the “Double Recommend” list and had his projects requested by Untitled Entertainment, Osowik Management, American High, Jake Wagner of Alibi Entertainment, Tunnel Post, and producer Amy Baer.

Please be sure to offer your congratulations to the writers who took the initiative to get feedback on their projects and now have their scripts with some of the most successful and active production companies and management companies in the industry! 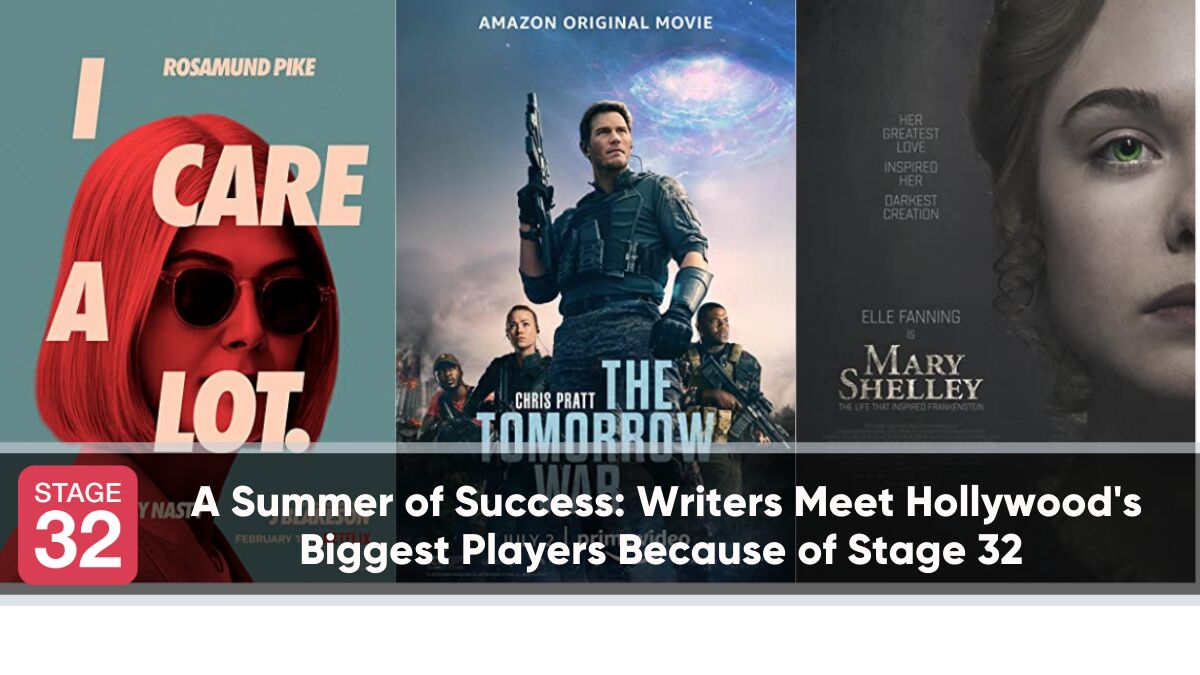