Posted 2 years ago by Al Carretta 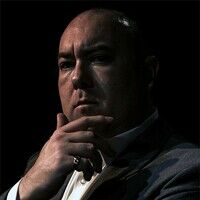 Small feature films are roads to much bigger projects. A positive, pro-active attitude will propel your work. Here is what you need to give your film a fighting chance against the competition.

Successful projects happen when you adopt a realistic approach to their completion. Don’t think too big too soon. Storytelling as a filmmaker is a lifelong learning curve but a positive attitude is everything. A feature film carries the kudos and longevity that short-form content doesn’t immediately attract. This is important to understand from the get-go. Any short film idea can be extended to a feature but think of shorts as propellers for bigger projects. 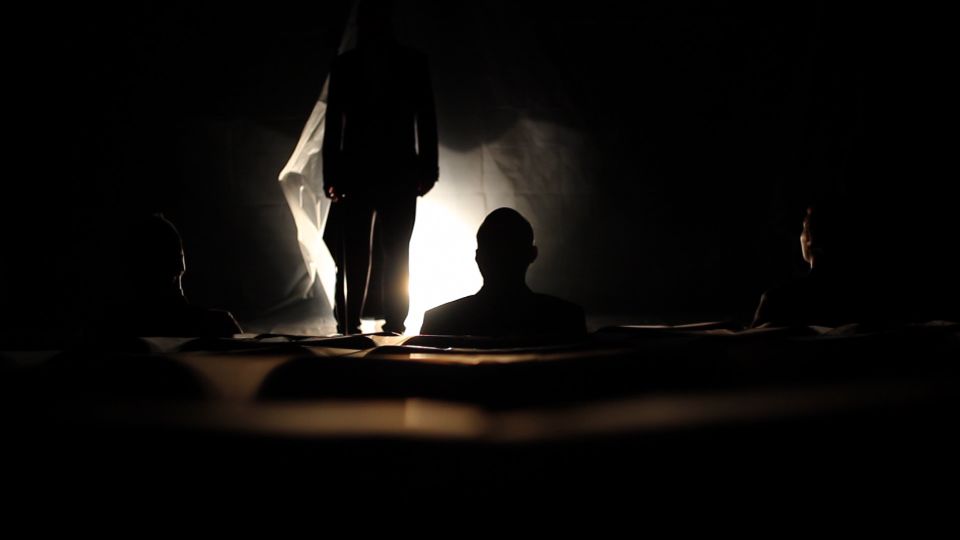 Picture: Production still from The Devil Made Me Do It (2012)

In 2020, ‘feature‘ product comes in multiple formats. If you’ve got three or so hours of content it could also exist as a six-part mini-series, a three-part television event, a thirty part web series shown in six-minute chunks or two hundred minute films. Longer projects with wider scope have a much greater chance of being monetized.

Be Your Own Studio

The film game is almost in the hands of the content creators but it’s vital to design momentum around your productions. You can hype a new project forever but it will be meaningless unless you deliver it on a platform that exposes it to the World. Amazing films poorly marketed go unseen. Poor films with brilliant marketing prevail so concentrate on presenting a commercial standard concept. Produceable material gets made. This means preparing a product that is cost-effective, simple and possible to sell. If your film has legs, the World will tell you in no uncertain terms.

You don’t need lots of money behind a film to deliver something awesome. If you think you do, get in a time machine back to the 1990s when movie making was proportionately and prohibitively expensive. If you’ve never made a feature you really should be planning on making more than one. Don’t build obsolescence into your career, plan progress and get things done. Don’t wait seven years for enough money to turn your short into a feature; that’s a genre-shift in taste preferences that’s just passed you by, just do it. 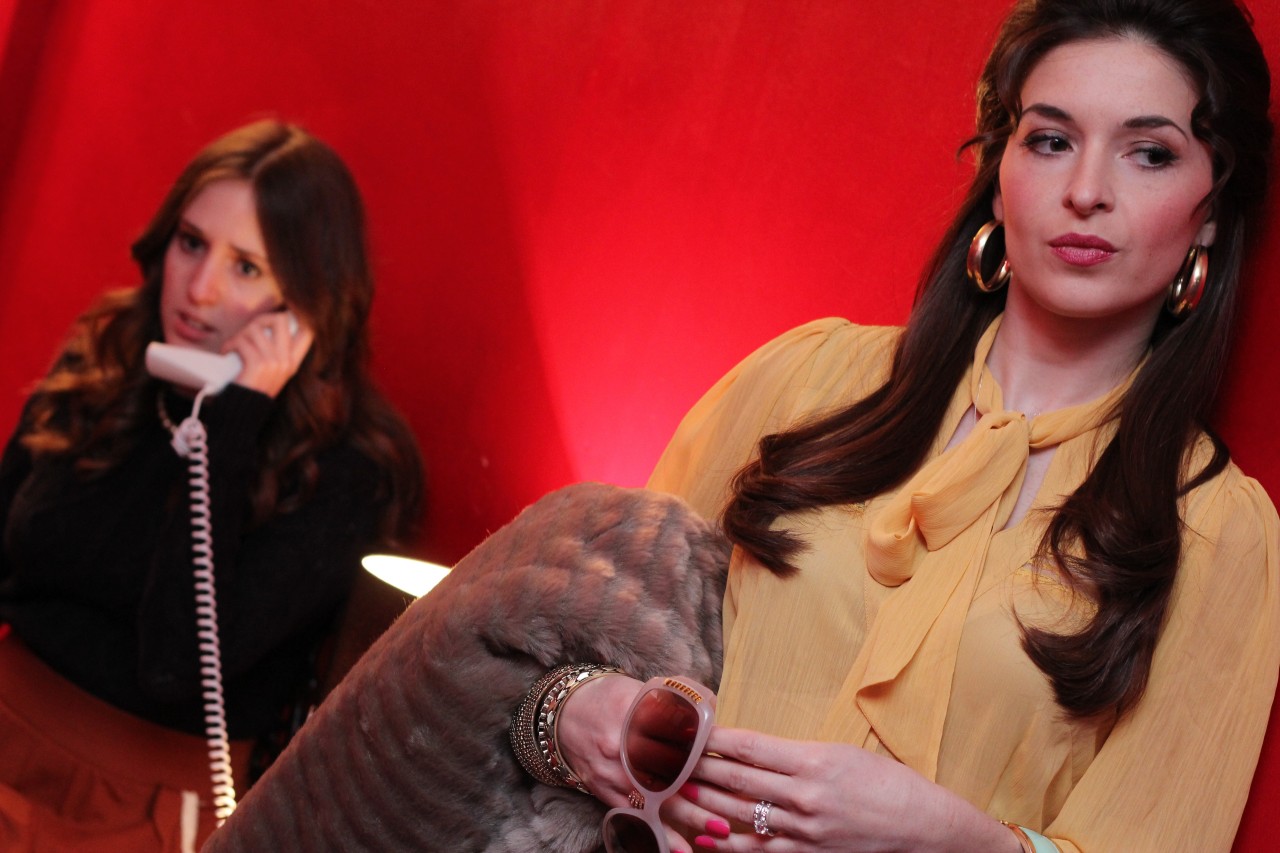 Gabriella Montrose (left)and Georgina Blackledge (right) in a production still from The Devil Made Me Do It (2012).

Media saturation will continue to escalate for generations to come. Peer pressure and equipment envy means aspiring Filmmakers get easily overwhelmed by hype and technology. For many, this can create a defeatist mindset as people obsess that without the best kit they can’t compete. You don’t need the best kit. You need to master what you have and get from camera to post in as few steps as possible. The goal is distribution, which is now more achievable than ever.

Distribution involves focused administration that requires skilled technical proficiency. Like anything, it can be learned but the first time you see what is involved it can be quite daunting. When complete you will have the deliverables that will enable your film to be seen. You have to learn how to prepare and output industry standards but overall you need digital literacy in multiple disciplines. If you don’t make the effort to learn these you are going to spend money you don’t need to.

From my experience in running a film festival, the amount of quality control (often abbreviated to ‘QC’) fails I’ve seen from heavily funded projects is quite shocking. Basic errors in audio and visual preparation are the basis for content rejection. You’ll pass the film eventually but errors take time and money to fix so aim for efficiency and get things right on the first attempt.

Time waits for no indie film. Traditional release windows don’t really exist anymore so complete to compete, market and move on. The quicker you present product, the more momentum follows your work. 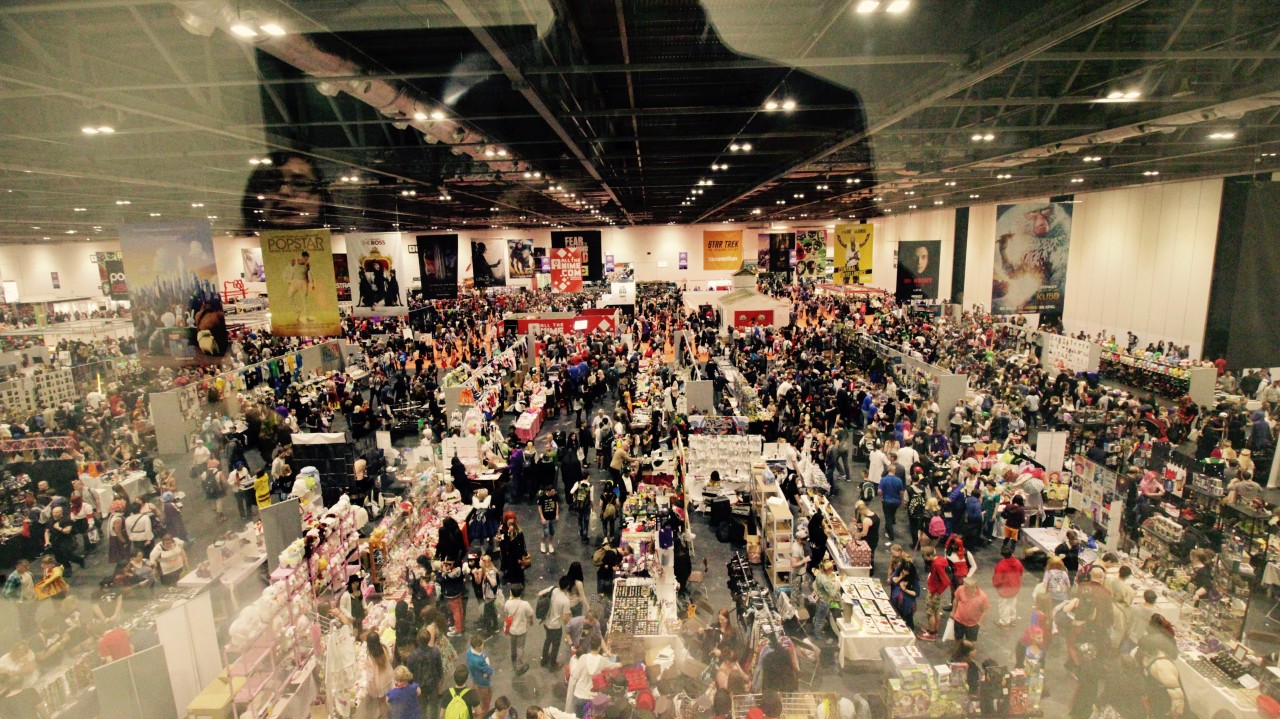 Take a ‘hands-on’ approach with your production and you’ll reap the benefits. Don’t be overwhelmed by the march of technology and don’t be scared to not appear like a regular film crew run when shooting small scenes. The volume of data and information involved with an indie film can be overwhelming. If you’re delegating this side of things and don’t see the nuts and bolts of post-production you’re missing out. Films are made in the edit. By consuming the volume of material that has been produced you can learn the specific art of streamlining production.

By their nature films create media that will never be used. Deconstructing the garbage shot will give you an overview of exactly who is doing what. In low budget indie films, performers with poor attitudes are the biggest resource stealers you’ll find. Learning to review your output objectively helps ground your workflow.

Delegation Is A Skillset

They can’t all be done simultaneously but most roles on a film set can be achieved by the same person. It’s not about being a master of everything and taking on all these roles it’s about being able to demonstrate the competency that enables you to lead by example. This multi-skilled person should be you and shot critical situations demand you know when not to delegate responsibility. This is a hard, ego-focused skill to learn but demonstrating your preparation for potential failure carries huge weight in small set dynamics. In time-critical situations, you don’t always have time to vet the specifics of other people’s respective competence but you should know at all times how your skill set can contribute. 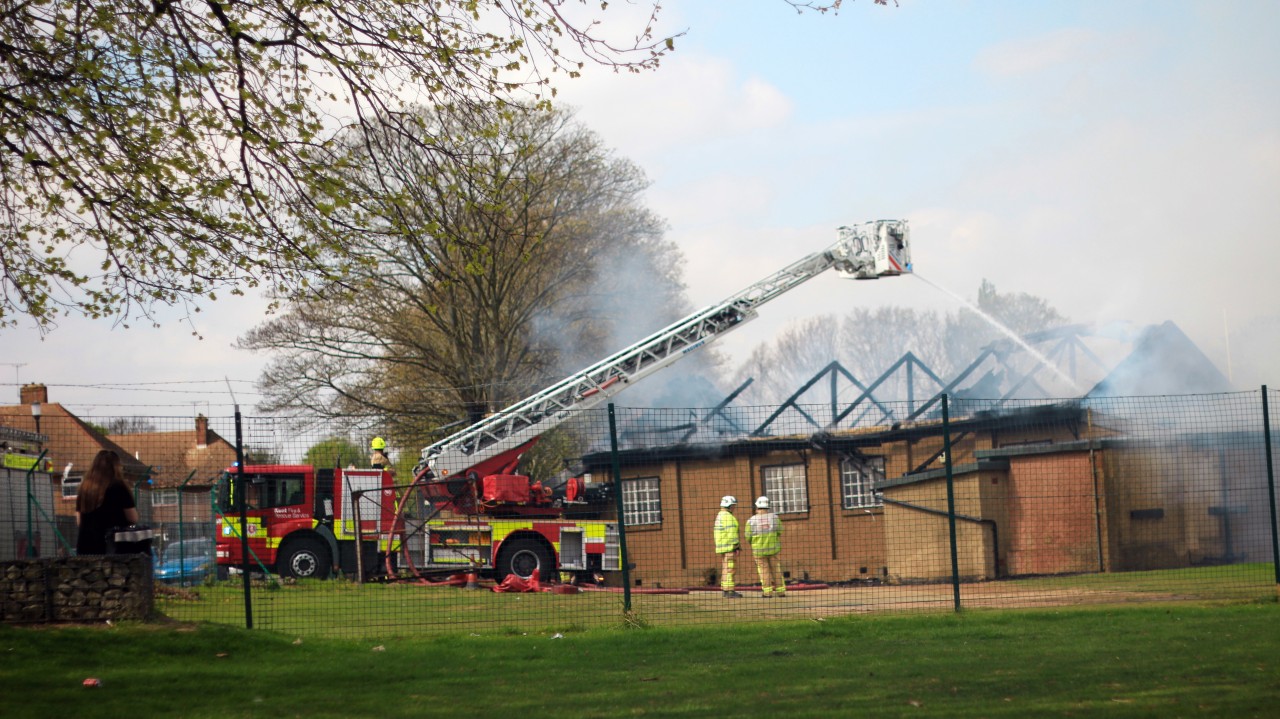 Production still from the (unplanned) fire scene in ‘Precious Little Things’. With the fire raging so close to the production base it made sense to develop a scene around the situation.

Be prepared to have eyes like cameras; that is record everything in your mind’s eye. On a small film set know intuitively when ‘record’ has been pressed. Dialogue driven films need ‘the take’. You need coverage and variations but generally, you need a prepared performer. You need the atmosphere of an ‘always on’ environment but you need to know that the rehearsal take, when action wasn’t even called but you pressed record anyway, nailed it and you were just satisfying egos by giving performers that third or fourth chance.

If your film is in production you should know in your head all the shots needed to bring the script to life. This is going to be somewhere between a few hundred and a few thousand moments from a second long insert to that beautiful two-minute long take that opens the film. More shots, more cuts and more locations suggest a higher production value. All the shots in the film don’t need to happen within the schedule; they can happen on your way home. By being prepared to capitalize on filming opportunities not only can you build a library of stock footage you can give scenes exposition that they otherwise wouldn’t have had. On the flip, when filming and the budget is low, don’t overshoot scenes. It’s far easier to make edit decisions based on a finite amount of material. An abundance of footage is exceptionally time-consuming to process.

Be Prepared To Be Popular

Progression in filmmaking generally means your output is getting seen by hundreds of thousands more people than the handful of friends who watched your last offering on the couch with your long-suffering family. However, popularity doesn’t translate to financial reward. Be prepared; any kind of traction and exposure on a bigger platform and not only is your film likely to get pirated, but it will also probably become a victim of raging online abuse. It shouldn’t be a par for the course to need to be aware of this but it is. As a creative it’s an important angle to understand because caught unawares personal attacks out of nowhere are upsetting and focus stealing until you learn to ignore the noise. 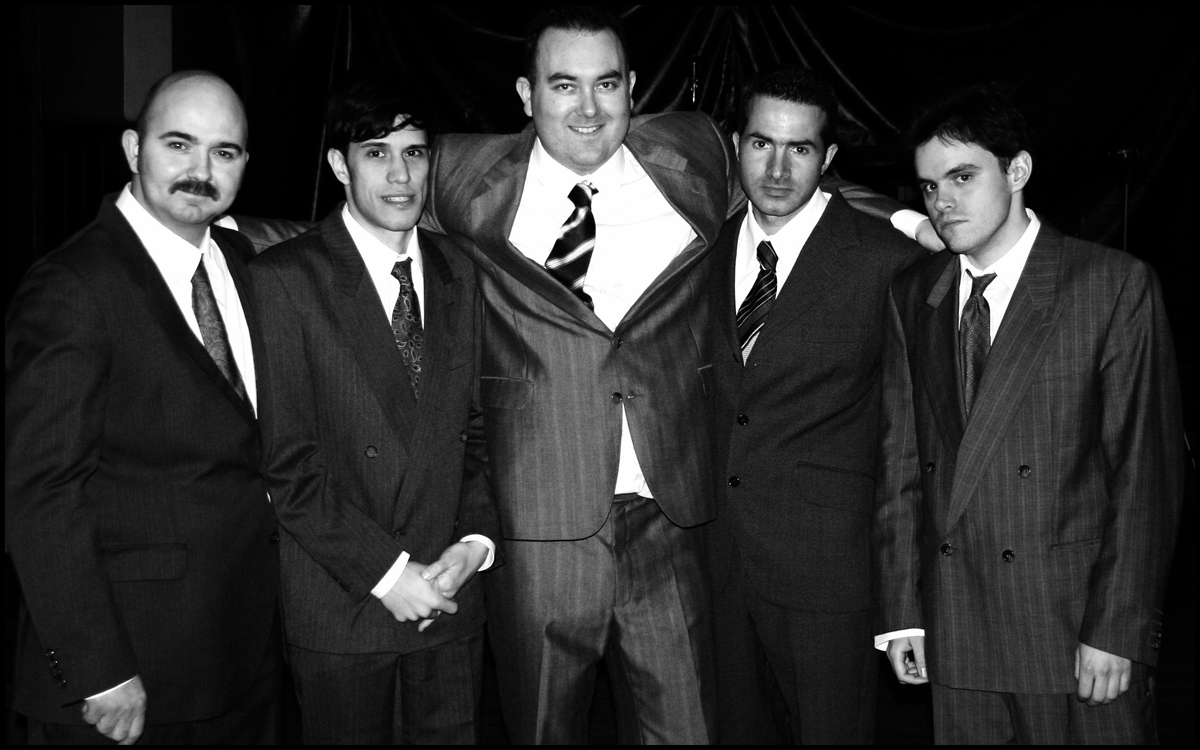 (from left to right) Paul Bridger, Giovanni Bienne, Al Carretta, Robin Kirwan and Simon Brandon in a production still from Carretta’s 2010 debut feature ‘What You See Is What You Get’.

Film is a medium of taste and once endorsed by the right person, people rally behind a project. Your production needs cheerleaders and it will suffer without them. If you have a cast who simply aren’t interested in acknowledging what they are part of, be brutal; get them out of the production as soon as possible. In low budget indie film, you will come across the production deserters frequently. Social Media has reinvented the performer-fan connection so you can no longer dismiss exposure as something you’re not interested in. If you’re looking to maintain your position in future productions here is some solid producer advice; stand behind the product and show every future employer or collaborator you are a genuine team player.

Remember, as a director or producer you will have to field questions about your output for years. You have to stand behind old decisions for a long time. In this respect, filmmaking isn’t particularly glamorous. It’s hard work and involves delivering a product that will ultimately be dismissed in favor of something new. Don’t fear this cycle; it’s basic economics and human wants are insatiable. Feature Films are seeds with longevity that grow and nurture careers. Do something amazing and the audience always comes back to it as that experience becomes an intrinsic part of their life and their story. That empathetic viewer connection is the power of film and that’s why you’re making one. Keep filming! 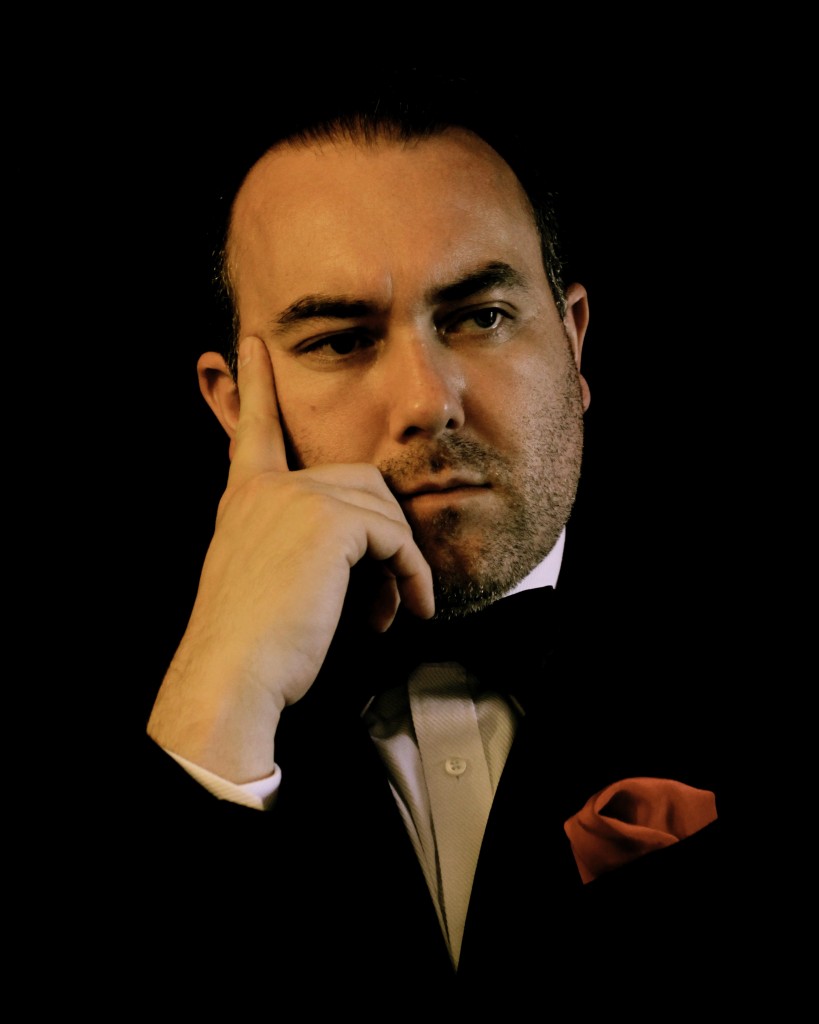 Al made his first feature film, the mafia crime drama ‘What You See Is What You Get’ in 2010 for less than $1000. In the past decade, he’s written, produced and directed 15 indie features to hone his craft and get to grips with the new era of digital distribution. Never afraid to experiment with genre and a maestro of cost-cutting he’s delivered a studio’s worth of output on a total spend of less than $60,000. In 2014, he launched the Nightpiece Film Festival in the Edinburgh Festival Fringe to promote fellow filmmakers from across the World. 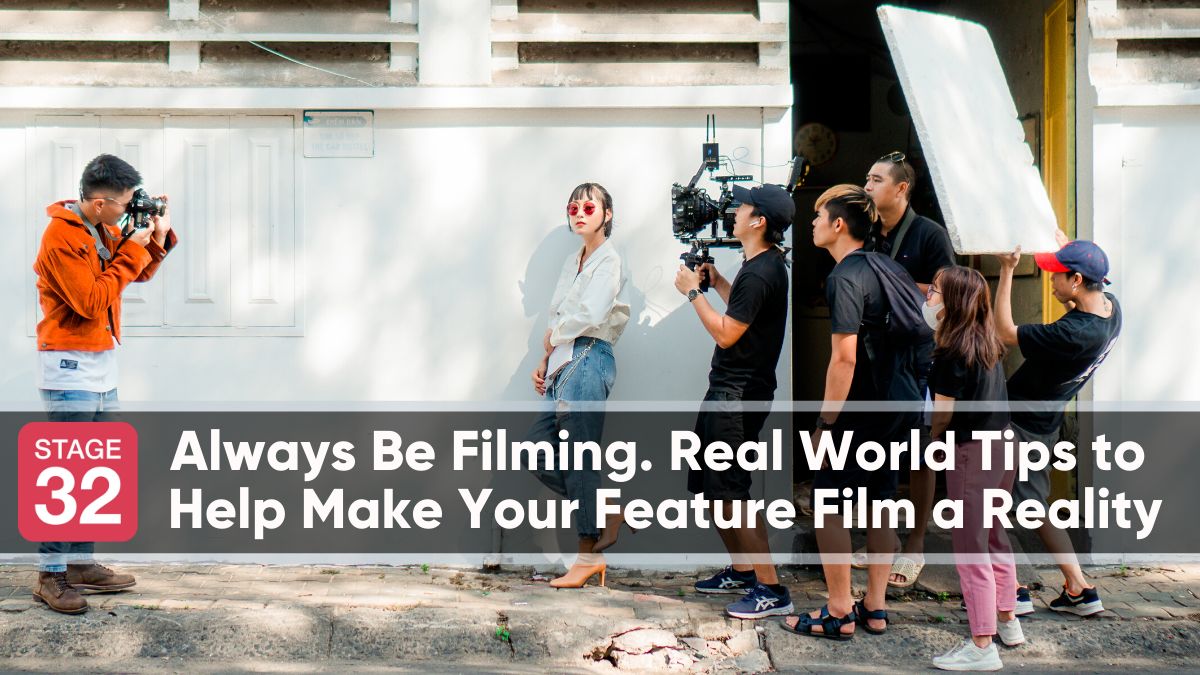