The legendary writer and actor Gore Vidal told us, "A talent for drama is not a talent for writing, but is an ability to articulate human relationships." In this time of social distancing, we’re seeing relationships through a brand new lens and are looking for human connection. There has never been a greater need to explore the nuances of Drama than right now.

Drama, when done well, can elevate any movie genre. Feature dramas continue to be the cornerstone of entertainment around the world. Drama is an exploration in complex character relationships and there is perhaps no more nuanced genre that can encompass many others. Projects like MARRIAGE STORY teach us that dramas can be hilarious, MOONLIGHT shows us an earnest and stunning piece of art, THREE BILLBOARDS... shows us a world that is dark and quirky, while 1917 reinvented the war drama. No two dramas look alike, but all of them dare to show us a different perspective of humanity.

And while other genres may go through trends of popularity, writing a compelling feature drama can launch a screenwriter’s career. It is Stage 32's ongoing commitment to find incredible, undiscovered talent. We're excited to announce our 2nd Annual Drama Screenwriting Contest. This is a worldwide search for the best screenplays that take a deep dive into human relationships.

This year’s Grand Prize Winner will be flown to Hollywood (travel permitting) to meet one-on-one with our judging and mentoring panel whose credits include the upcoming romantic drama WILD MOUNTAIN THYME with Golden Globe-winnerEmily Blunt, Oscar-winning BLACKkKLANSMAN, Oscar-winning THE REVENANT, MIDWAY for Lionsgate, BREAKING NEWS IN YUBA COUNTY for MGM, TETRIS for Apple+ and more! 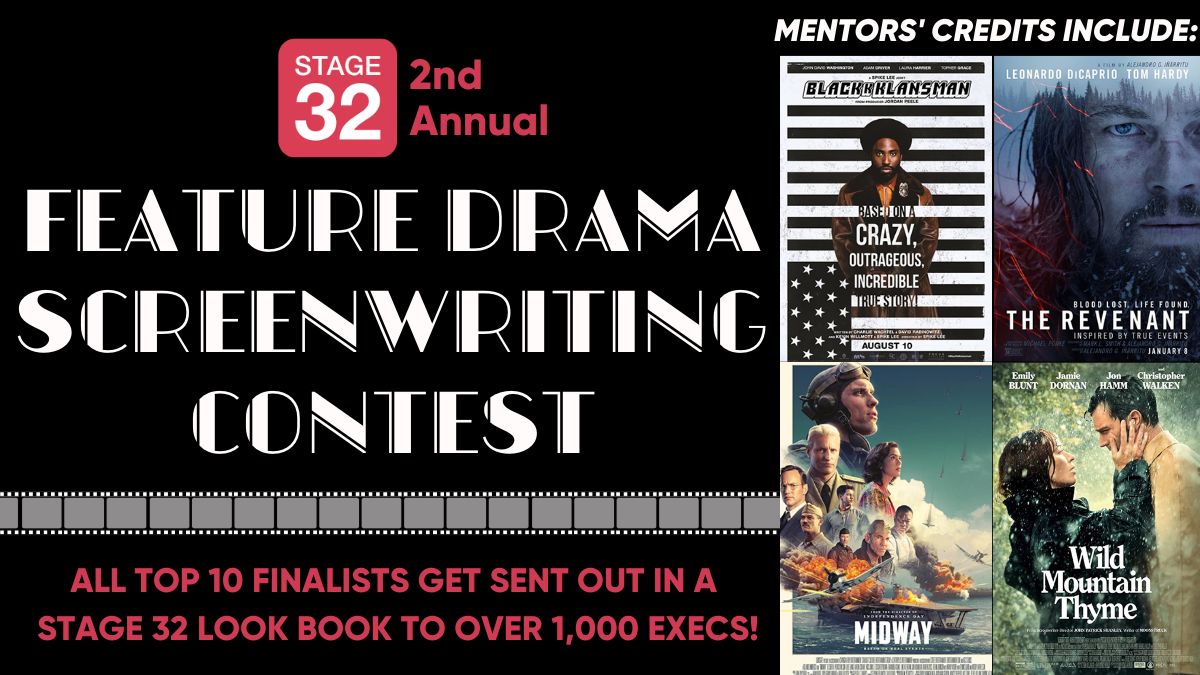