Pulitzer Prize-winner Carl Sandburg said, "The impact of television on our culture is...indescribable.There’s a certain sense in which it is nearly as important as the invention of printing.”

Television continues to experience its Golden Age as a multitude of new streamers and premium networks emerge, while existing networks continue to take greater creative and commercial risks with exciting original ideas. Across all platforms, formats and genres, content creators for television are on the cutting edge of the industry’s evolution. Comedies like SCHITT’S CREEK, GLOW and THE GOOD PLACE challenge us to be better humans in the most earnest ways possible.

Dramas like HANDMAID’S TALE, EUPHORIA and LOVECRAFT COUNTRY demand we take a good, hard look at the world around us. PEN15, STRANGER THINGS and SEX EDUCATION trust us right back into our childhoods with equal parts charm and horror. TV is bolder than before, the casts more diverse and, now thanks to streaming services, there are options aplenty.

There have never been as many opportunities for television writers to find an audience, but that also means it is harder than ever to break out from an overly crowded market. Which is why...

Stage 32 is thrilled to announce our

At Stage 32, we work tirelessly to pave the way for groundbreaking and undiscovered television writers all over the world! Our goal is to tear down the barriers that keep new television writers from achieving their dreams! Whether you write series, limited series, multi-camera sitcoms, single-camera, or short form for new platforms like Quibi, we want to see your best TV pilot!

Our writers boldly go where no man - or woman - have gone before! Previous Stage 32 contest winners have been signed by companies including 3 Arts, Verve, Paradigm, The Cartel, Energy Entertainment, Gotham Group, APA, Kaplan-Stahler Agency and Heroes & Villains Entertainment.

Our esteemed panel of mentors is composed of industry professionals including managers, producers, executives, and writers who know how to break out in the highly competitive television market. These executives have been hands on with projects that have revolutionized the world of TV, including “BALLERS”, “ENTOURAGE”, BOARDWALK EMPIRE”, “BATTLESTAR GALACTICA, “BRAVE NEW WORLD”, “TREADSTONE”, and many more!

These judges are masters in their field, and they are actively on the lookout for new writers and new stories to usher in! 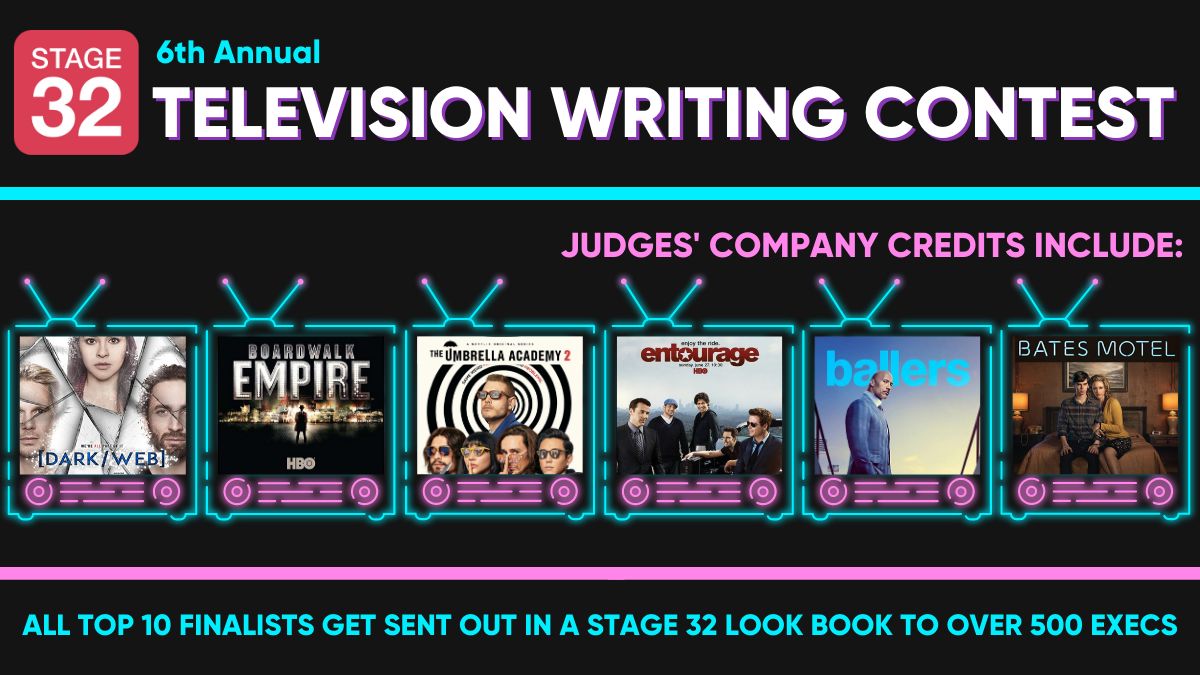