Action and Thriller feature films continue to dominate the Global Box Office. In fact, THE HITMAN'S WIFE'S BODYGUARD just hit #1 at the Box Office last week! The highly anticipated THE TOMORROW WAR with Chris Pratt is coming out this week.

Thanks to classic franchises such as the TERMINATOR franchise, the JAMES BOND franchise, and the BOURNE franchise, as well as new hits like DEADPOOL, TAKEN, JOHN WICK, and most recently THE HITMAN’S WIFE’S BODYGUARD, the world is looking forward to more Action, Adventure, and thrills!

TERMINATOR and AVATAR Director James Cameron says, “Imagination is a force that can actually manifest a reality. Don't put limitations on yourself.”

At Stage 32 our entire mission is to help you bring your imagination to life with opportunities you can’t find anywhere else! We recognize that producers, studios, actors, streamers and audiences are clamouring for Action-Thrillers. So we’re going to bring your best Action/Thriller scripts right to them!

Nowhere else do writers find top judges and mentors like they do on Stage 32. The Grand Prize Winner will meet with an incredible panel of judges from companies that have produced some of the biggest Action-Thriller films in recent memory, including WONDER WOMAN 1984, SKYSCRAPER with Dwayne Johnson, FREE GUY with Ryan Reynolds, JASON BOURNE, BRAVEHEART, HACKSAW RIDGE, THE WALKING DEAD, LOCKED DOWN with Anne Hathaway, and brand new film THE TOMORROW WAR with Chris Pratt! Circle of Confusion (THE WALKING DEAD) 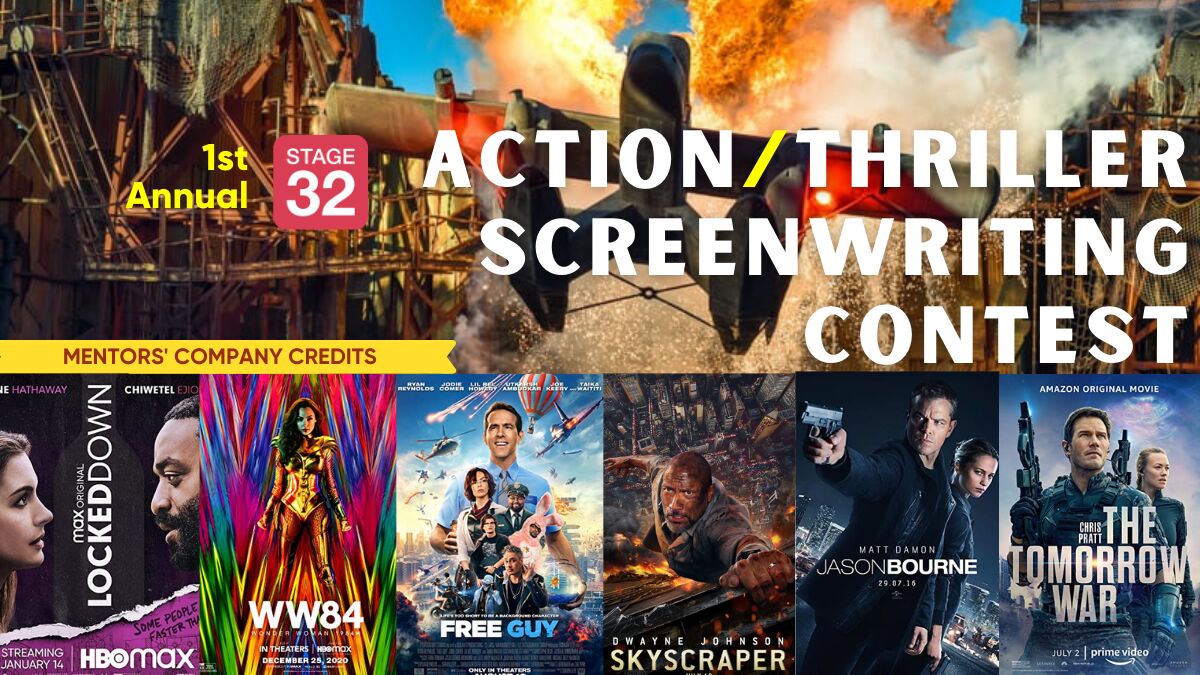