Another Success Story! International Writer Closes The Gap with Hollywood

Posted 3 years ago by Stephen Potts 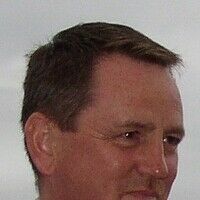 Good morning Stage 32 Family! It's another week and another opportunity to kick your screenwriting career into high gear!  I have been waiting to share this motivational story with you for a long time. I am a big fan of screenwriter Stephen Potts. He is dedicated to the craft of screenwriting and works hard to advance his projects.

Stephen is also incredibly modest about his screenwriting success. Previously, Stephen adapted the film The Butterfly Tattoo, from the Phillip Pullman novel of the same name.  The film was released in 2009 and Stephen won the Grand Jury Prize for Best Adaptation at the New York International Independent Film & Video Festival. The film also won the Silver Chris Award for Best Feature Film at the Columbus Film Festival.

Of course, even with an award-winning feature film under his belt, the hustle and the work continues for Stephen. As he says, the path to screenwriting success is long and winding, and no two journeys are the same. And while he is based outside of the US, Stephen now has a direct contact within Hollywood who is a champion for his work and his career. That is a massive success and something we should applaud. Take it away Stephen!

I’ve been writing a long time - initially novels, then drama for the stage and radio, and then screenplays. Over the years I have built a portfolio of ten feature scripts and two TV pilots, which I have been pitching and submitting to competitions and mentoring programmes.

At first, every submission made me nervous, and I waited impatiently for the response, finding it hard to turn my thoughts to other projects. If the answer was a pass I could be floored for a day or two before picking myself up and submitting something else somewhere else. Eventually I made enough progress, via read requests, competition placings and awards, to gain confidence. I wouldn’t say I now submit projects casually: I still think about where to send what, and I care about the responses - but there isn’t so much riding on each submission, and sometimes I have to check who is considering what and where.

When it came to verbal pitches, as opposed to written submissions, this process started all over again, and I was back to nervous baseline the first few times. I compensated by over-rehearsing, and probably came over as if reading from a script. I’ve now done a hundred or more verbal pitches, and they don’t faze me so much, but my pulse does still rise as the chit-chat starts. 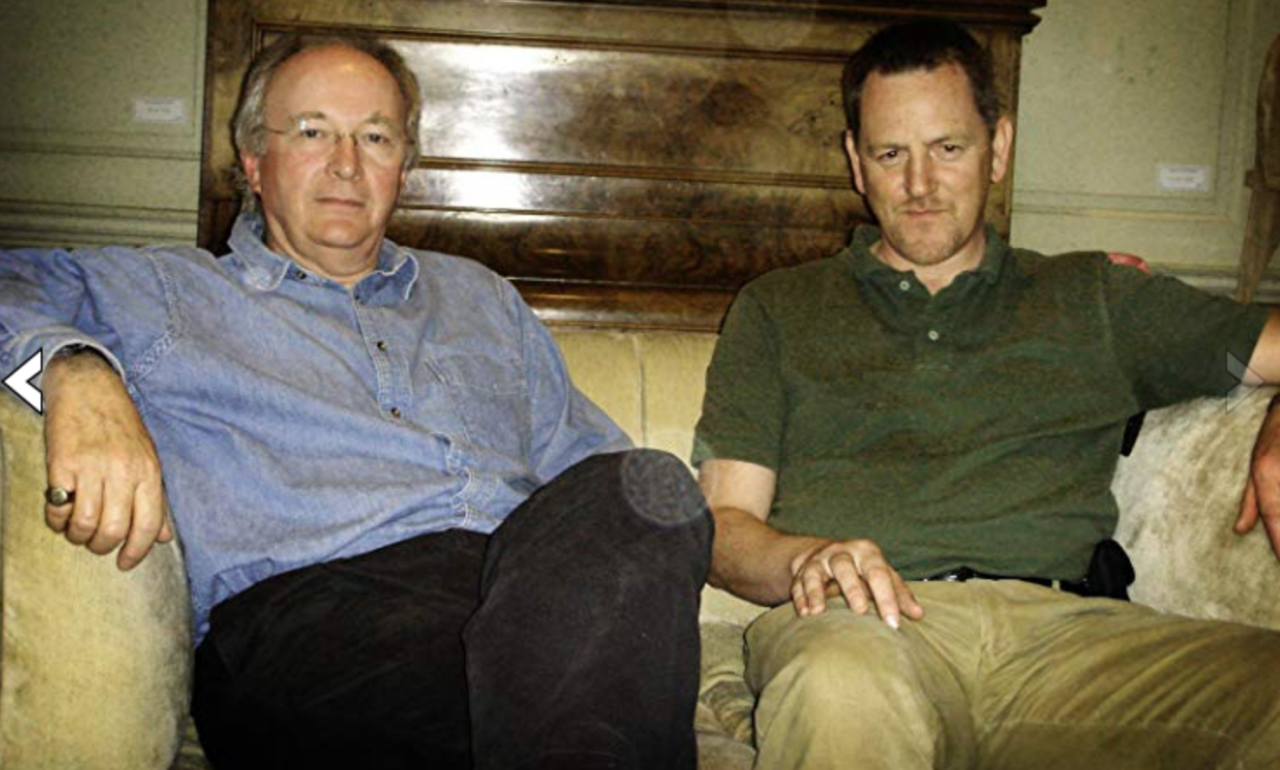 I joined Stage 32 a few years back, and have recently returned to the fold with Jason Mirch’s arrival to helm the writing division. A generous discount he offered made me look at the services available on Stage 32, and one drew my eye. One my my scripts, adapted from my own kids’ adventure novel, had done well in competitions, and had been optioned twice, but the budget needed to make it as a live action feature was a challenge. (Victorian whaling ships, narwhals, polar bears, icebergs and Arctic storms don’t come cheap!) I had occasionally wondered about recasting it as an animated feature, but hadn’t done anything about it.

And here was an opportunity to do something more than simply wonder: a development executive from an establish animation production company was offering coverage of projects intended for animation. I did my due diligence, which confirmed the company and the exec were indeed impressively well placed in the business - and I submitted, before immediately turning my attention back to my ongoing writing project (an international rom-com, set partly on a North Sea oil rig).

The notes came back promptly, exactly as advertised, the executive, Joe Ferrante, had obviously read the script closely. It was immediately apparent that he came from a writing background himself and that he “got” the project. His notes were incisive and clear, striking the right balance between encouragement and identification of issues to be addressed in a subsequent draft. His very positive comments about my writing gave me as big a boost as I could have hoped for - but now came the bonus, which I had not expected at all. He placed both the project and my writing in the “Consider” category, and asked if it was OK to take the script to colleagues in his company for further views.

It took me a millisecond to agree, and after I had confirmed to Joe that I held all the relevant rights and there was a clear chain of title, he shared it with his team. Again I turned back to my rom-com, and the crucial “cute meet” scene, Soon afterwards Joe got back to me with a sensitively worded good news/bad news e-mail. The good news: his colleagues agreed about the strength of both the project and my writing. The bad news: given the geographical and historical specifics of the story, they could not see a place in the current global animation market for it.

While obviously disappointed by the endpoint of this particular adventure in the screen trade, I was greatly encouraged by the journey to get there. I felt validated by the way in which the story and my writing were taken seriously by industry players, especially since this emerged as an unexpected bonus form my request for coverage. Beyond that, I now have a friendly and professional relationship with Joe, who is more than just another executive contact in my slowly expanding network, and whom I hope to meet during my next trip to LA in the fall.

The business of screenwriting can be a lonely one,specially for those of us at a distance from LA or even London (I'm in Scotland, in the hill country near the English border).The experience of repeated submission and rejection can be dispiriting,and sometimes leads writers to question their story choices and ability. But for me at least it only takes one positive experience like this to offset any number of rejections and dead ends. A single insider endorsement like Joe’s enhances my determination to keep on keeping on, writing scripts, developing new stories and submitting all the time through whatever channels I can access.

And having mentioned Scotland: when I go walking in the nearby hills, I’m glad of breathable fabrics to let water vapour through but keep rain and wind out. I’ve often thought writers need an equivalent mental skin: a gossamer-thin wrapping which allows us be touched by events in the world, in ways that then make us want to touch others, and is permeable to stories in both directions - but which is, at the same time, strong enough to repel the icy rain of repeated rejection, and the whipping winds of silence in the infamous “Hollywood no”. All in the hope that one day the sun comes out, and we can take the jacket off to bask in the warm glow of safe arrival. (Enough! it is possible to stretch a metaphor too far. Pull it back!.)

The road to writing success is long and winding, and few of those who set out reach the end. This means it is crucial to enjoy the journey and to take advantage of the signposts and sustenance offered along the way by organizations like Stage 32 and people like Jason and Joe. 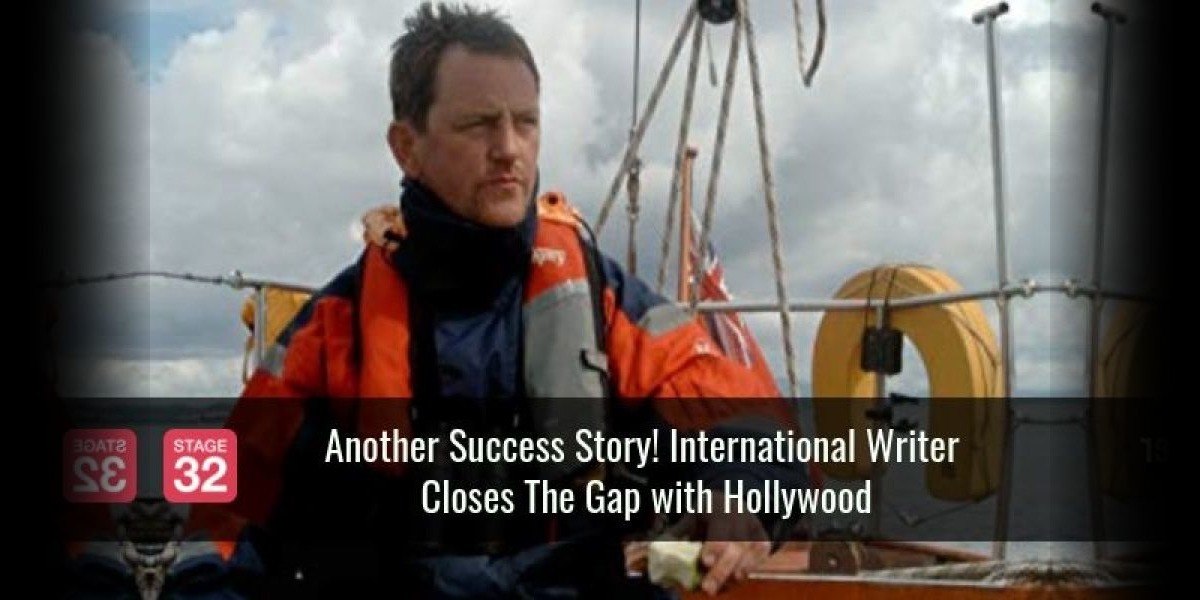