Another Success: Writer Lands Representation through Stage 32 by Thinking "Like Them"!

Posted 1 year ago by Pidge Jobst 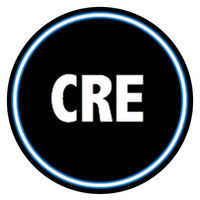 Good morning Stage 32 Creative Crew! I hope you had a fantastic weekend and were able to get some writing in.  Today's blog comes from Stage 32 member Pidge Jobst. Pidge says, "Stage 32 are unprecedented in the industry, offering an alternative, out-of-formula inroad to the industry. Ten years of attempting to break-in will definitely make a content creator appreciate a forum like Stage32!"

As Pidge explains, after attempting to scale the walls of Hollywood, he figured out he needed to be thinking like "them". It was then he joined Stage 32 and the entire game changed. Pidge goes onto say, "content is king only for those already produced and working. For those outside the wall and rooms, credit is king."

I am really excited for you to check out this story! Take it away, Pidge!

I became a member of Stage 32 in 2015. Having come from launching a successful ad agency in the Midwest and working with corporate giants like Borden, Chase Banks, and Wendy's International, along with writing my own column for the city business newspaper, hosting a radio show, and producing/writing three on-air network affiliate shows, including one for the local ABC affiliate, Fox affiliate, and another in the hopper over at the NBC affiliate, I was a big fish in a small pond, and figured I was ready to storm the Los Angeles market. I couldn't have been more mistaken!

I wrote an "Entering the L.A. Market" business plan for myself, which had twelve well-thought-out steps, Phase I thru Phase 12. It even had graphs. :If I follow these steps and complete these phases, I will make it,” I remember convincing myself. I mean, who else writes a business plan just for coming to LA.? Yet, I had made one crucial mistake—Phase 12, which included "networking," was at the bottom of the business plan, and it should have been Phase number 1.

I made numerous calls and queries to managers and agents, some ending in phone slams. Keep in mind, I was used to meeting with CEO's and VP's of Fortune 500 companies. The Hollywood ladder was different than the corporate one. Unlike anything I'd ever experienced, the entertainment industry seemed to be surrounded by a giant wall or sink or swim moat. Those born into the industry seemed confused by my mentions of the difficulty, while those who were climbing the ladder from scratch knew all too well the struggle. I was a small fish in a big pond again.

My awakening was a phone call to one of the major agencies in a request for representation. A little tab-typing heard on the other end of the line--probably into IMDB after announcing my name--and another phone slam.

"STOP, what am I doing wrong?" I asked myself. My answer was deafening. I'd been thinking like me; I need to think like them. I then picked up the phone, called back the same number and assistant, and announced,

Within seconds I was talking with an agent. After all, agents get paid when they find work for their clients, right? Since this single phone call changed the course and direction of my approach to the industry, I feel it's important I share it. Here is how that eye-opening conversation went—

AGENT: "Pidge, we work for working clients. It's like the film 'Divergent.' There's a revenue stream called the "Red Line" similar to in the movie. You are either above it or below it. We look for talent already above the red line, assets that are money-makers with a proven track record, street creds, persons who are moving trains already accruing revenue stream. Basically, client's who can demand a high ticket price for their work. New talent and new writers are referred to, respectfully as "Zeros." Doesn't mean you're a zero, it just means you start there. You have three months in any given Quarter to be "above the red line, or you're out. No writer wants to be signed, only to be let go by the agency. You don't want that black mark on your record or circulating out in the industry at the onset of your career."

Q. But what if it's a really good script?

AGENT: “Really good scripts from new writers often mean low-ball deals. Because the industry knows you're new, they can do so. It's your next script that will command a high price, and that's one that an agent may consider. The first deal on the table is yours. Remember, my boss has a red line also. I have to make "above red," too, or I'm out. So, of course, I'd rather bring in a talent already above the red line than acquire a Zero who is unproduced, unproven in the room, nor has the platform or show credits to demonstrate they can fulfill. So, if I have a choice in either selling your Zeros or wooing, say, Halle Berry from another agency who brings in 3.2 million for our firm, where do you think I'm going to spend my time? I only have so much time in a day and so many talent assets to keep my bottom-line contributions to the agency above the red line.”

Q. Will you ever take on a new writer? What if it's by industry referral?

AGENT: While there are exceptions, of course, you have to look at it from my viewpoint. Why would I want to risk my job on a new writer with a fantastic screenplay and great referral, but who is starting at (0) below the red line? You'll have an uphill battle, and I have a downhill batting average that may cost me my job. I get work for my working clients; I don't sell ideas to the industry. There's a difference. You need to find a way to get your name into the network stream." His last words stuck with me and proved to be my way into the entertainment industry--

A week later, I signed up for Stage 32. Immediately, I began to get movement and traction. A Stage 32 pitch session with Tiffany Boyle and Stuart Arbury of Ramo Law culminated into getting repped. I finally was on the path of networking, and it was time to think outside of the box with it. I knew I couldn't fly over the entertainment wall, but I could throw them a party on this side of the wall. And so, we did just that!

I completed several show trailers including “Badland Wives,” a female-driven drama about the wives of the most notorious outlaws. Clint Eastwood’s assistant director Stephen S. Campanelli took immediate interest and came in to direct. I then leased an evening at the grand Avalon Theatre venue in the heart of Hollywood and showcased my catalog of content onscreen in trailer format, with information floor booths to match, along with a 100-foot red carpet featuring the cast from the trailers. I was able to get the event sponsored by several corporate entities and a top L.A. radio station, who announced the event on-air and posted it on their I-405 billboard. I invited networks like HBO, TNT, Amazon, Lifetime, Hulu, Netflix, etc., their VP's of Acquisition, as well as film studio development heads, agents, and managers to the free party and open food and bar. As part of the evening, we presented an award statuette by a well-known sculpture artist to an established TV show runner in the industry. 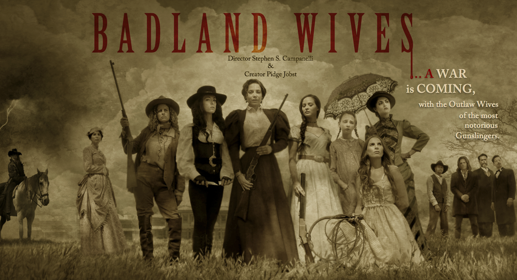 Yes, all of this took a lot of doing and cost a pretty penny, but the sponsors covered it. Their sponsorship received cross-promotion, radio mentions, ads in our 16-page program, and presence on the long red carpet runner. Ticket sales went to a worthwhile non-profit, and while I wasn't a produced writer yet, my new production company was already contributing to the community on behalf of the entertainment industry. Besides, I didn't want the ticket sales; I wanted eyes on my shows. And I did get them.

Because of the event, we were able to submit to HBO and others. Currently, we have two shows being reviewed by networks, a major director shopping another TV series, and Ramo Law gearing up for a shopping run with a new drama I'm very much excited about, its trailer being directed by Oley Sassone of "Fantastic Four", "Xena Warrior Princess", and "Mutant-X" fame.

Stage 32 wasn't just a networking venue; they were the turning point for my content and career. If I had to give a few notes to aspiring screenwriters trying to break into the industry, it's to look at this purely as a networking venture. Yes, you need to have a viable TV show or feature film concept ready and a great hook to boot, not to mention a polished script, but it's the networking that will familiarize the industry with you and popularize you within the industry. Content is king only for those already produced and working. For those outside the wall and rooms, credit is king.

Brand your name, make it a brand. If you don't have a name, go under the banner of a successful production company or studio. The price point for the option you give them may be lower than you want, but you will get on the board. It will be their name that frontrunners you and shepherds your project. Solicit managers and entertainment attorneys at first to achieve script requests and get you into rooms, not agents; an agent will eventually find you. It’s a numbers game--querying thirty managers will get you three responses, which in turn will afford you one meeting. Be polite, always. And per the agent’s advice, "find a way to get your name into the network stream."

For me, it was Stage 32 who got my name on the boat and that boat into the river. 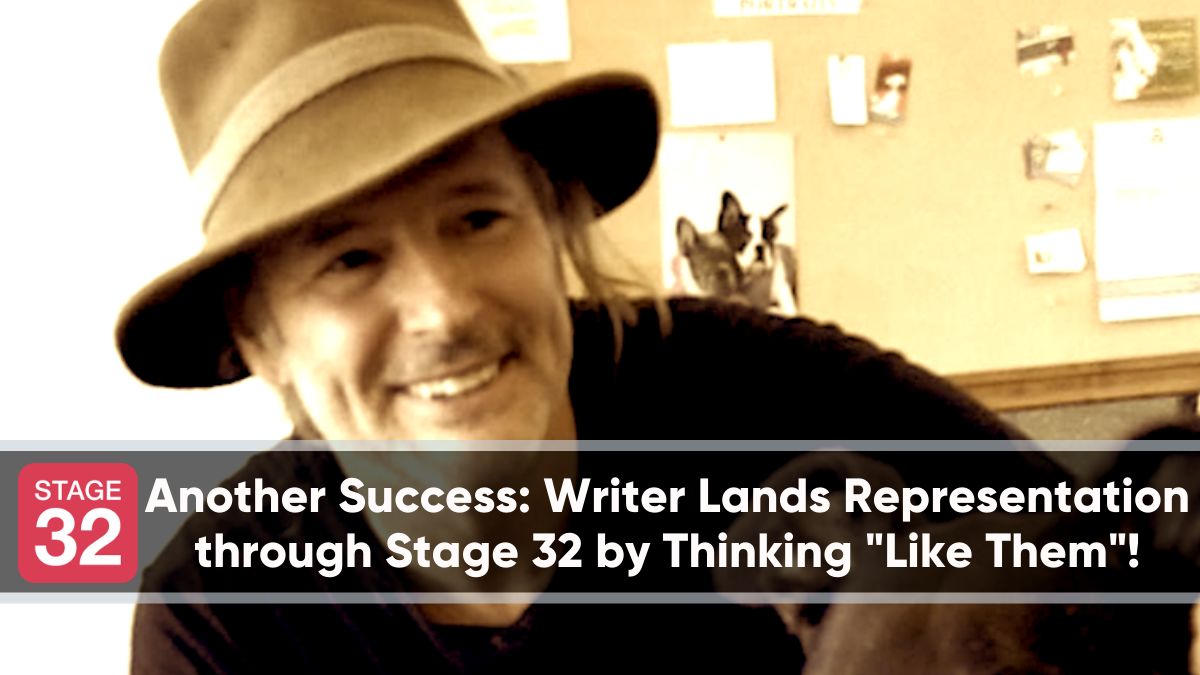