Posted 2 months ago by Vander McLeod 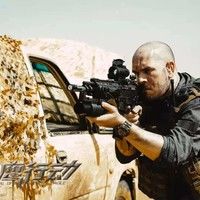 I thought it was time to make a film blog; seventy-odd productions ranging from lead, stunts and directing, to shooting in jungles, deserts and military bases and acting with Special Forces and the worlds best-known stunt team, the Jackie Chan team.

I'm going to take you into the heart of filming, from my personal experience shooting on major film and TV, including working daily with stars and renown directors.

This is part one of several; I'll discuss particular productions with each blog. Still of me Acting in "Dragon Blade"

I started at the bottom, I have no family connections in the film business and was certainly not rich, I was poor with thirty-eight pence to my name.

I started as a drama student and an extra in movies (by the way don't tell people you're an extra if you are one and don't lie saying you're an actor, casting directors hate it).

It was 2014, and my agent asked if I'd like to play the recurring role of Father Bruce in the Chinese TV series Mad Detective. To my knowledge back then, my agent was the man also trusted to cast as he was the leading and best-known agent in China at that time, which dealt exclusively with non-Chinese actors.

I had worked one time with him in 2013 on the TV series Deng Xiao Ping which had been my first proper 'cast' role. It was only one scene with a few pages of dialogue.

I had the flu and it was New Years Eve, I was far too sick to go out to celebrate or even get out of bed. My agent asked me that afternoon to play a role that NY Eve evening, I pulled myself together, hit the subway for forty miles (due to traffic gird-lock in the city and time restraints), he picked me up at the outskirts and drove me the next fifty miles. The flu was not going to stop me from my first TV role.

Feedback to my agent from the director was great, so my agent trusted to cast me as the priest, Father Bruce.

I was flown from Beijing to Hengdian; Hengdian is the largest studio city in the world. The entire city is one giant studio, from the mountain top temples to castles and city blocks. Tanks, 1920s cars, kung fu actors and extras fill the streets.

The place is so busy that an assistant director will shout cut, and another production filming next door will cut by accident. It's easy for extras to walk onto another set and work there by accident. I was picked up in the airport around midnight by a crew driver, though it was another few hours drive and my call-time was 06:00, so I practiced my lines again in the car.

I felt a rush; finally, proper acting work, with the perks an actor has, including my pay quadrupling.

My character, the priest, was accused of murder, and my role took place over a few episodes.

I was assigned an assistant which was new to me; he bought me beers, takes aways and generally looked after me, especially as I didn't speak Chinese. Some Chinese assistants act as personal security too, they don't mind scarping.

I later discovered scarping was typical onset culture; as I saw on many occasions among different departments, even directors and producers would get involved in punch-ups, though seconds later it was forgotten and back to work. In most cases though, it was for fun, a bet or to let off some steam (crew members would properly go at it while laughing and the crew cheering.)

My first scene, which was a tongue twister (biblical talk); thankfully went well and right onto the next scene. While I acted, the director let me carry on acting if I felt it necessary to add a little more for impact or so. This is one sign of a competent and experienced director that can understand acting. It looked well when aired, adding that little extra to a scene.

If an actor can't act, then the director will not want them to carry on, sadly, roughly eighty percent of the actors you may work with are not cast due to their ability to perform.

This also counts for the director, editor and other crew, as it's completely normal for someone to mess up somewhere. A great movie can look cheap due to lousy editing; a fantastic actor can appear like an amateur when aired, due to poor camera work, lighting, etc and vice-versa, a good director can make a poor actor appear excellent. Poster for my Upcoming Movie

I later had scenes with the lead actor, he interrogated me in the police station. Thankfully he spoke some English; however other leads did not, so it was down to understanding feeling, etc. Some would speak their lines in Chinese, while I would converse in English and fortunately, it went smoothly without retakes.

As I stayed in the studio city, my agent called me to let me know another director would like to meet. The director was staying in another studio hotel, so my assistant took me to meet him. The director and casting director didn't speak a word of English though that didn't stop us from trying to talk away. My agent informed me that he was a prominent and respected director, for forty years (his name is Feng Xiao Nin).

He cast me on the spot, and pay was higher to, so now I was filming two TV series-parallel; thankful he filmed our earlier scenes in the city, so I filmed mornings as Father Bruce and afternoons as Commander Michael Thomas for around seven episodes or so.

Once I wrapped as Father Bruce, I went to film in another city, a coastal one, we would film scenes on two real massive warships. When I saw the destroyer, I said, wow that would be cool to film on that, seconds later my driver pulled in and to my surprise would have lots of fun, several of which were action scenes.

During the action scenes, I was hanging off the side of the warship, while in other scenes I would be drenched and smashed by storms; crew used fire hoses to smash me. Then there was a funny scene; I would get into a fisticuffs with the lead, and he would throw me off the side of the ship. For this, the director took me to a pier, so I climbed down, which was rather hard, as crabs and giant bugs ran around me and the wall steep. As for the throwing scene, they got a stunt double, I normally do my own stunts, but I didn't even have to say no, they simple nominated a crew member.

The water was about two or three feet deep filled with rocks, and the pier was about thirty feet high. The poor guy was picked up and tossed not once, but several times, however, he was loving it, laughing and smiling

The actors I worked with were nice, and they were professional and some spoke English, which I would later find out was one way to identify a 'well trained' or experienced Chinese actor.

It was a new experience to me as I had the public coming to set and asking for photos with me and production set me up in a five-star hotel and the director wanted me to travel with him, driven by his driver.

The director does not like large crews, he keeps his crew to around sixteen (typically TV crews are anything from eighty to 100) though he is particular about crew members, he only trusts his own camera work.

I later worked on a few more warships which I will dive into in later blogs. Next entry I'll discuss working as a stuntman and actor with Jackie Chan and his stunt team. Some Things I have Learned in My Career: I've starred in international cinema and number one TV series of the year, I've been a stunt actor with the Jackie Chan stunt team and had my directing and writing work shown on prime TV channels. Outside of film work, I'm a professor, author and work at Oxford University Press. 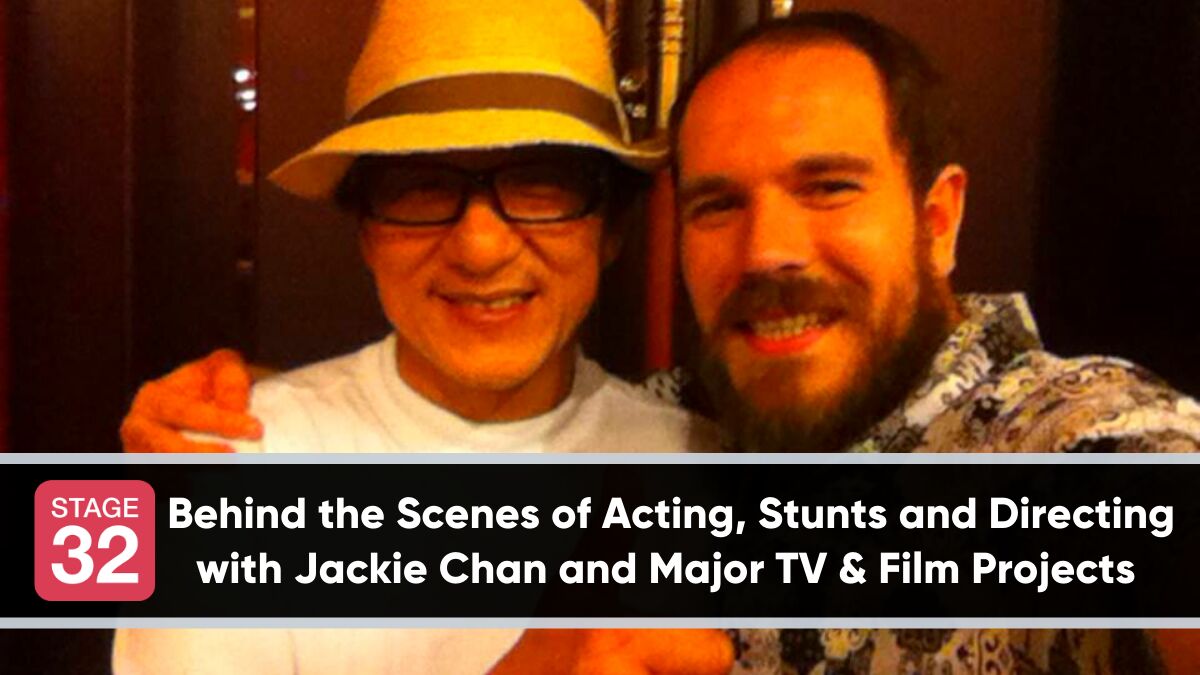 Blog Post by Vander McLeod, posted on Thursday, May 6th, 2021