Posted 8 years ago by Jaylen Moore 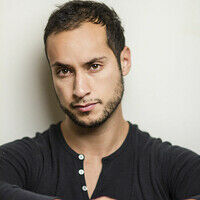 Don't forget to check out Part I if you haven't had a chance.

Next Sunday, November 24 be sure to check out Jaylen as "Eric Baraz" on the Emmy award-winning series Homeland on Showtime. Jaylen's guest role continues through to episode 10, which runs December 1. Make sure to set your DVRs to support your fellow Stage 32er!

I got on set and we improved all the scenes. I got to work with Tom Cruise, Morgan Freeman & Nikolaj Coster Waldau. Then I booked the film called The Tomb, now changed to Escape Plan, with Sylvester Stallone and Arnold Schwarzenegger.

Those were the three films I did at the beginning of the year, and then summertime I went back in California to be with my soon-to-be wife. Then I went back to New Orleans to be present for more auditions and I booked a film called Aztec Warrior. That was amazing; it’s going to be a big one for me! I can’t tell you too much detail about it, but it’s a comedy-action film.

After Aztec Warrior, I came home and got married. It was the best day of my life. And then right before my wedding I got a call from my agent and she said, “Hey, did you get insurance on that honeymoon? (My wife and I were going to go to Fiji right after the wedding) Because, you just booked a film called Sons of Liberty, which is an indie film that they’re going to push for film festivals. You booked a co-lead, and you need to be in Mobile, Alabama, for six weeks right after your wedding." Thank god my wife is in the industry — she understands.

I just drilled it and worked hard for six weeks. Nothing is more exciting and thrilling than being on set for an extended period of time. After we wrapped, I got home. Fiji honeymoon, take 2 — this is now December 2012. I got a call from Brenda [my agent] again and she said, “So, um, do you want to move that honeymoon again?” You have got to be kidding me, I thought. “What now?” She told me I'd booked a film called Ladies Man: A Made Movie. It’s on MTV. I play the character “Phil Palmer,” and I’m like the ethnic “Stifler meets Magic Mike”.

So I fly back out to New Orleans and I shoot that. Luckily the people that we were registered with through American Express Travel were so cool, and they’re like, “Look we know you’ve had trouble, we can move this for you just one more time, what month do you want?” My wife says, "We’re going to do this on May 27, because I turn 27 on May 27, my golden birthday, you can’t book anything that week.” She’s my wife. I have to listen to her.

New Year hits, 2013 and I fly back out to New Orleans again for a film called Random, where I played a killer. It's fun playing these evil-menacing roles, because it’s the complete opposite of me. Maybe I take inspiration for these roles from some of the shady characters I would see out my window in Chicago. To act these roles out is something I would never do in real life so it’s fun to be transported on set. In between that film, while I was in Alabama, I got a call from Sam Hargrave, who is the awesome stunt coordinator that I got to work with on The Host, and he said, “Hey! There’s another acting/stunt role for, “Hunger Games: Catching Fire.” The director likes your stuff, can you do it?” Turns out I had a window of open time at that exact moment, so I drove from Alabama to Atlanta to work on “Hunger Games: Catching Fire.” It was awesome!  It’s amazing how learning to move around quickly and adjust to a new place like I had to in my youth helped me with the fluidity of the entertainment industry in my adult life. I adjusted from New Orleans to Alabama to Atlanta with no trouble at all.

Keep in mind all of this is over the period of a few months. Now I’m finally back home with my wife. I’ve been in LA and the only thing for me on my schedule was reshoots in Mexico City in May for Aztec Warrior. Luckily there wasn’t a “take 3” on our honeymoon with the Aztec Warrior reshoots. We finally got to go on the honeymoon (long overdue). I had no work after that for about four months. I was going crazy. I returned back into a weekly workshop with my career coach, Barbara Deutsch. She said to me, “Get your ass back in acting class! Study, grow, and stay sane!” Yes coach! So I did. I returned to my acting teacher and coach Elizabeth Gamza’s class. She is amazing and has a technique that is different then any teacher in LA! Barbara was right. The minute I went back into class to push and challenge myself, I felt better. My art was growing and I was ready for anything.

That’s when the right role came around and I booked Homeland. That is a game changer for me. On Homeland now I’m guest-starring on two episodes as “Eric Baraz”. I had a blast — no pun intended. I got to work very closely with Damian Lewis. I also had the privilege of working with Claire Danes and Mandy Patinkin. All of them are phenomenal actors! They can go one minute from laughing - and then action - and they just turn it on. They really breathe every word they say. You learn best on the job from experience, and thus far in my acting career, this has been the best experience. The cast & crew were so welcoming into their home that it made it easy for me as an actor to relax and do my job well. I got to work with two great directors. Jeffery Reiner on Episode 9 and Keith Gordon on Episode 10. Both were so easy to work with and open to hearing your ideas and thoughts. Whenever my scenes were done, I’d stay on set and sit in video village. I just watched the other actors. Observed and learned. Like I said before, nothing like learning from the best!

I can’t really say much on the story line except for TUNE IN! I will be in Episodes 9 & 10 of season 3. I believe they air, Nov. 24th and Dec. 1st. Some have asked me if my character is coming back. Hmm..Well..watch and see. 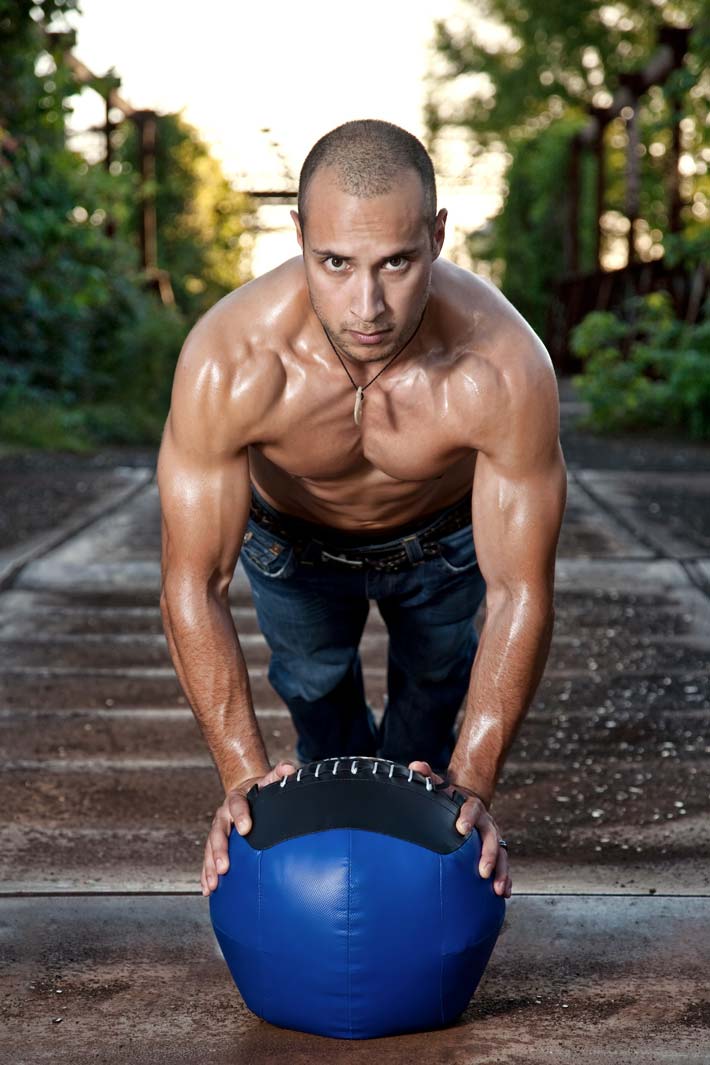 Before I go,I want to tell you one thing that I thought was really funny as it relates to you being an actor and how it affects your family. My father, being from Afghanistan, doesn’t really know the industry. I come to find out when he was a kid he always wanted to be an actor so he’s kind of living vicariously through me. He loves to give advice. There’s nothing like getting advice about acting in Hollywood from your dad who’s from Afghanistan.  My dad would say bachem (bachem means “my son) “Bachem, (imitating accent) you know what you have to do? I saw John Travolta on Oprah and he said he wears black V-neck. When he used to go to auditions, he wears black V-neck, show his muscles, tight shirt, shows the arms, biceps. I think you should also wear black V-neck, you’ll get the role, 100%.” So, actors, take this advice from my dad – a black V-neck will get you a role 100% of the time. Ha! I also want to share another piece of advice from my dad - the key to acting is minutes. No matter what role I book, the number one question my dad asks is, “How many minutes”? Ha! “Minutes?” I say… He is always interested in how many “minutes” I’ll be on the screen. Who cares about the role? Ha ha! I’ve learned to humor it now and sometimes I tell him 1,000 minutes...so hold on!

To recap, what did we learn? Black v-neck tshirts and minutes.

Back to the advice:

I’m very fortunate to have found my soulmate, best friend, and wife Britt Logan. She is my champion & rock! If you don’t have a loved one, perhaps find a good friend to lean on when needed. One who can give you an unbiased opinion.

1: Find yourself a champion.
For me, I’ve been blessed with a great career coach. Barbara Deutsch has been with me for the past 5 years and from when I was down and depressed — because it happens to us actors — she would find ways to invigorate the light within. She would call it my pilot light as an actor, and her motto is “I’m going to teach you that when you hit the ceiling, we’re going to make the ceiling the floor, and recreate, reinvent and keep going.” She encouraged me to work on my other talents as well, not just acting. So in the meantime I would go back to private training, teaching self defense, dj/emceeing events, voice over, etc. BEING OF SERVICE! This woman saved my life and sanity.

2: Don’t be afraid to get therapy.
Every human being needs it at some point in their life (in my opinion). I took a therapy/spiritual course with a woman named Dr. Nicki Monti. Man did I grow and can now identify old patterns and bad habits. I can acknowledge them and stop them now from taking over my life and going down the hole of depression. Another one who saved my life. Trust me…look her up!

3: Get a great teacher!
Elizabeth Gamza is my acting teacher/coach. She is so different from others here in LA. I truthfully recommend her. But find one that works for you, makes you happy, assists in your growth and is honest. Not just fluffing you and trying to collect a pay check.

4: Surround yourself with loving and supportive friends!
You’ll need it. Anyone that is negative constantly around me, I cut out of my life. Don’t need that. I’m there for friends if they’re in the dumps or need advice, that’s different. But for those who are just a black hole of negativity and bring you down, get far away from them!

5: Read books.
I recommend The Mastery of Love, The Four Agreements, etc. Don Miguel Ruiz is one of my favorite authors.

6: Take a martial art.
It will help with your inner spirit as well as outer confidence. This will change your walk, glow, and outlook on life.

7: Meditate, Pray.
Or do whatever it is you need to do to plug back in to mother earth and the creator.

8: Stay healthy!
You literally are what you eat! Eat clean, stay healthy, feel good. Exercise! You know what to do. If not, hire a trainer or ask someone who lives a clean, organic, healthy lifestyle. Trust me, this helps in ALL walks of life. I coined a term in my training business. “LIVE HEALTHY, LIVE FREE!” And that means what it says! Live healthy, live free from all worries, stress, problems, etc.

9: Take a leap!
Read and listen to the book, THE BIG LEAP by Gay Hendricks. AAAAAMAZING!!! Life is boring without risk. Take that leap and risk you’ve been thinking about for years! What are you waiting for? No time like the present.

10: JUST BE!
BE THE (AUTHENTIC YOU) EVERY STEP OF LIFE. AND DON’T FORGET TO SMILE, HUG, AND SAY HELLO TO A STRANGER.