Part II: Bottom Line on Above the Title

Posted 8 years ago by Diane Messias 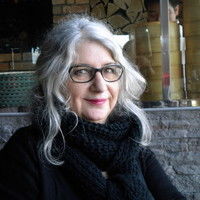 So where were we? Ah yes, that's right, I was giving you the benefit of my 30 years experience in the business to inspire you to pursue a career as a short-order cook, er, director/producer. <SOBS GENTLY>

Paradoxically, even though working in comedy isn't always wall to wall laughs, everyone's a comedian. Or is it a critic? Perhaps, in these recessionary times, it's both: comedian goes on stage and heckles himself. Saves time, and cuts down on the paperwork. (Never heard of job-sharing?)

There are those, of course, who are completely dedicated to a single chosen field; people whose entire sense of self is based upon their position and the way in which they are seen to be carrying out their duties. What's the word for these devoted souls? Ah yes: jobsworths.

The theatre I worked in on a weekly basis suffered a fire. Not the first time I've brought the house down, actually; a venue in the South of France where I performed my standup set – twice – subsequently went out of business a week later. [It's “everyone's a critic” isn't it? Thought so.]

Rather than cancel the show for the next few months, we found another theatre to hire on a temporary basis. One night, when the cast were on stage performing to an appreciative audience (they knew we wouldn't let them out if they didn't laugh sufficiently), a man in overalls appeared at the back of the room and began shouting:

“WHAT TIME'S THIS GOING ON TILL, EH? YOU BOOKED THE PLACE UNTIL 11, IT'S THREE MINUTES PAST NOW...SOME OF US HAVE HOMES TO GO TO”.

Brilliant timing, I have to say – the crowd loved it, thought he was part of the show, further convinced when an exchange ensued between him and one of the actors, the thesp somewhat generously explaining this was a performance, and employing his considerable charm to barter for five more minutes to finish the sketch. Make 'em laugh, as the saying goes. (Only I don't recall it then going on to read “But make the director cry”).

ANOTHER PROFESSIONAL TIP: (And my ex-husband calls me ungenerous) Always keep a wet fish in your bag: you never know when it will come in handy for an emergency application to someone's head.

There will invariably be times when you are not in control of every aspect of the production, especially if you are working for a large corporation such as the BBC, where there are departments for things you didn't even know needed departments. (Does Head of Cheese oversee David Hasselhoff re-runs? Only asking).

I used to have to deal quite a bit with the BBC Ticket Unit. This 'unit' consisted primarily of a woman we'll call Consuela. (Wish we wouldn't; it's not very easy to type). Consuela was a jolly, and frankly jolly large, teddy bear of a woman, who blocked out the daylight from the corridor when she appeared in your office doorway wearing a vast dress printed with tiny flowers. (Er, that's her in the dress, not the doorway. Just in case). It was her job to publicize the programmes we made, and find suitable audiences for live recordings. She had obviously been chosen for this position of responsibility thanks to her innate grasp of our output. As illustrated by the publicity she designed:

You get the idea.

She routinely had to find an audience for regular series, one such being a fellow producer's comic look at the week's current events, starring quite a number of well-known comedians. One day this colleague came back into the office from the studio scratching his head. We asked him what the matter was.

“I can't understand it,” he replied. “We had some cracking jokes this week, but we couldn't get a titter out of the audience. And the studio was full! But not even one snigger”.

It was only after he called Consuela that the penny dropped. “Well dear, I can't understand it. I filled the whole place with Swedish slow learners”.

NO NEWS IS BAD NEWS QUIZ

Another series I was in charge of was The News Quiz; the inspiration for Have I Got News for You on BBC 1. This was recorded in front of a live audience, and featured regular team captains Richard Ingrams and the late Alan Coren, along with Ian Hislop and an invited guest, usually a politician or a political journalist. The set up was funny in itself, since Richard prided himself on not knowing a thing about what had happened over the past week, whilst Alan was like an excited schoolboy sitting at the front of the class with his hand perpetually in the air, eager to answer every single question, whether or not it was his turn.

There was much fun to be had for me, too, since it was down to me to choose the droll newspaper cuttings that punctuated the questions, and also the musical clue for the music question in each round. One week in the grams library I discovered a recording of Also Sprach Zarathustra by the Temple City Kazoo Orchestra (which consisted entirely of kazoos), so that had to go in the show, however tenuous the link for a question. (It brought the house down, by-the-way. Who knew a comedy audience was so fond of Richard Strauss?)

The continuity announcers fought amongst themselves to be scheduled for the recording. It was their job to read out the newspaper cuttings I mentioned above, and generally the atmosphere in the studio was fun, if not hilarious. The chief announcer was responsible for the schedules, and I soon cottoned onto the fact that it was always him turning up for duty on the last recording of the run – could it possibly be anything to do with me holding a party in the studio after the audience had departed, with BBC catering supplying delicious nibbles and copious bottles of wine to toast the completion of another well-received series?

I had had a jokey conversation with him to this effect when I saw he was down for yet another last week of the series, calling him up to tease him about the lobster thermador, smoked salmon canapes and champagne I was supplying after the show (truth be told it was rather more fishpaste sandwiches and cheap plonk); he laughed, but I could hear him blush at the other end of the line. And so, when I introduced him at the start of the show, he arrived at his seat on stage to find a bag of Cheesy Wotsits and a bottle of brown ale with his name on them.

He got off lightly, though: another regular announcer, a lovely, quite posh young lady, was rather shy despite her day job. Somebody had sent in a now famous viral joke about replacing mouseballs – Mouse balls are not usually static sensitive, however excessive handling can result in sudden discharge kind of a thing – and the lovely, quite posh young lady announcer could not get through reading this aloud without bursting into fits of giggles, at one point almost falling off her chair with laughter. The audience didn't help, also being in uproar. It took around twenty takes before she finally managed to read it all the way through, and she looked thankful the programme was not going out live. What she didn't know was that I was about to put the entire episode of her failed attempts into the show unedited. And onto the cassette of favourite News Quiz episodes. Whoops.

I haven't told you about the stage manager for a fringe show who wouldn't get up a ladder to change a gel because she was afraid of heights. Or about the time I sat on the train pulling out of Kings Cross Station on my way to the Edinburgh Festival at the end of a three month pre-production period, during which I'd worked at least 16 hours a day, writing, producing, script editing, directing, booking accommodation and all the rest of it. I was burned out and ever so slightly bonkers by that point, having been immersed in it without a break for months on end. As the train drew away from the platform a sudden sickness came over me: “It's not funny”, I thought. “The script stinks. The jokes are inferior. The running order's wrong. The audience won't laugh”. And so it went on for hours until we reached Waverley Station. It was only exhaustion, of course. The show was a triumph, and was probably instrumental in securing me a sought-after place at the BBC.

So how do you set about getting into the BBC, I don't hear you ask. (Diction, luvvie!)

Well, you need to display tangible dedication to your field, along with a wide knowledge about it, and provide evidence of your hard work in the area. And you must have strong opinions. Doesn't matter what those opinions are, you just need to have them. (At my interview I was given a script to study outside the interview room. Inside the interview room I was asked what I would say if that script landed on my desk. To which I replied that I would track down the perpetrator and have them shot. Hello BBC Comedy!)

And although this sounds a little obvious (but you'd be amazed at how many people don't think of this), you need to demonstrate your thorough acquaintance with the output of the department/network you're hoping to work in.

I'll end by wishing you success, a long career, and a really sympathetic therapist. (Can you let me have her number?) And imploring you not to lose sight of the real reason we work in this industry – to have fun!

Diane Messias lives in London and is a former BBC Comedy Producer/Director (One Foot In The Grave, The News Quiz). Also with extensive experience in theatre, Diane has worked as a freelance comedy writer for the past 20 years, and teaches comedy writing and standup at Secret of Comedy.

More of Diane’s wit and wisdom can be read and explored here.

Diane can next be seen directing George Clooney to her trailer.

And remember, Diane is available for remarks and questions in the Comments section below!