We had another amazing week of creativity and community here on Stage 32, and I am keeping that creativity train going this Sunday with your weekly dose of Coffee & Content. So grab your coffee and settle in for some epic and inspiring content.

First up, Vanity Fair sat down with Leonardo DiCaprio and Quentin Tarantino to break down Leo's character Rick Dalton in Once Upon a Time in Hollywood. These two leaders of their crafts discuss men of 1960's Hollywood like Edd Byrnes and George Maharis that served as inspiration for Rick Dalton. All of this and more in this exclusive look inside how A-List directors and actors work together, and independently, to bring a character to life.

Next up, Indy Mogul has a fantastic video featuring production designer Guy Hendrix Dyas (Inception, Steve Jobs, Passengers, Indiana Jones and the Kingdom of the Crystal Skull) on all the elements that go into being a production designer. They break down how the production designer has a hand in every visual element of a film including, costume design, VFX, location scouting, and sometimes making fake rocks. In this video, Guy breaks down the design of movies from his career including Steve Jobs, Elizabeth: The Golden Age, and Inception.

Here at Stage 32, we love to share stories and knowledge with our fellow film fans. Know someone who would love this content? Share it with them! Tag them below! You can keep up with all of our content by subscribing to the Stage 32 YouTube. For all of the latest updates on our Stage 32 Screenings initiative and other Stage 32 news follow me on Twitter @rbwalksintoabar.

Wishing you a very happy, healthy, and creative Sunday. 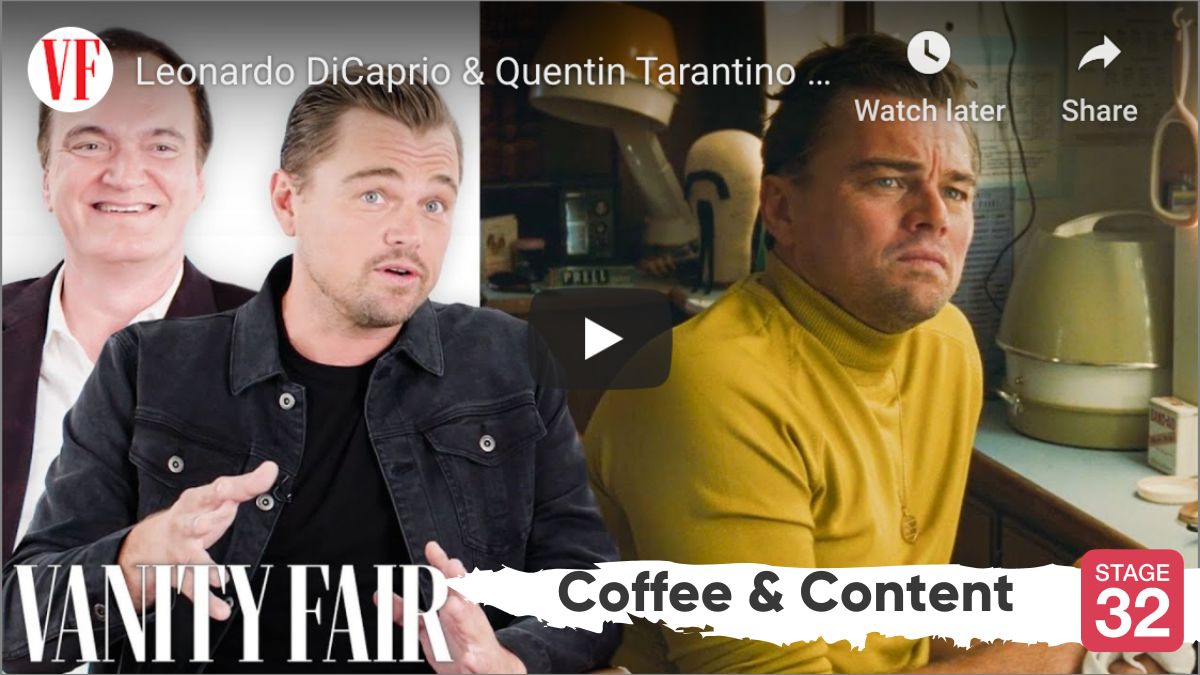