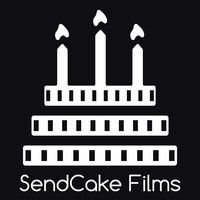 Today is part II of Andrew Bruce Lockhart's extremely fun guest blog, Conscious Competence: A First Time Director's Journey. In part one we learned that after years of toiling as a professional photographer, Andrew, somewhat reluctantly, decided to pick up a camera and shoot a short film based on his script, Lucky Charm. In case you missed it, click here.

I picked up the final item - the camera bag and drove down to the cricket club field. The sky was part cloudy. It looked like it might be a good day.

Once at the pavilion I unpacked the essentials. The batteries in the biscuit tin were replaced with biscuits. By 8:30am all the crew were there and things were looking busy. The first scene’s details were written onto the clapperboard.

The actors appeared around 9:00am and the first scene was set up in the changing room. Lighting was adjusted, a cricket bag unpacked, repacked, unpacked and repacked again. The Older Brother in the script took his place in the changing room. This was really happening. Someone called for me to shout action. I tried…and nothing came out. My voice was completely gone. No one heard me. My associate producer recognized this and shouted it in my place.

In between takes I was introduced to a woman and her husband who walked up to the production. I must have looked blank. ‘Cakes…?’ They said. Ah yes, cakes! I had reached out to a cake shop on twitter and asked if they’d donate cakes to our production, and they did! In the trunk of her car were so many cakes I honestly thought she was taking some elsewhere next. But no, they were all for us! I may not have had my voice, but I had cakes. I felt invincible.

The first scene seemed to take forever to shoot. I began to understand how slow things move on set. But eventually we moved outside.

Once we got outside we quickly discovered we had a lack of extras, but everyone pitched in. They all put on cricket whites, lent by Gavan Burden from the Sevenoaks Vine Cricket Club (who’s ground we were filming on). I spread people about the pitch a bit, where it became obvious that none of us really knew much about cricket. Step forward the Lotus owner who knew everything about cricket - boy did he save the day. He’s not bad an actor either! 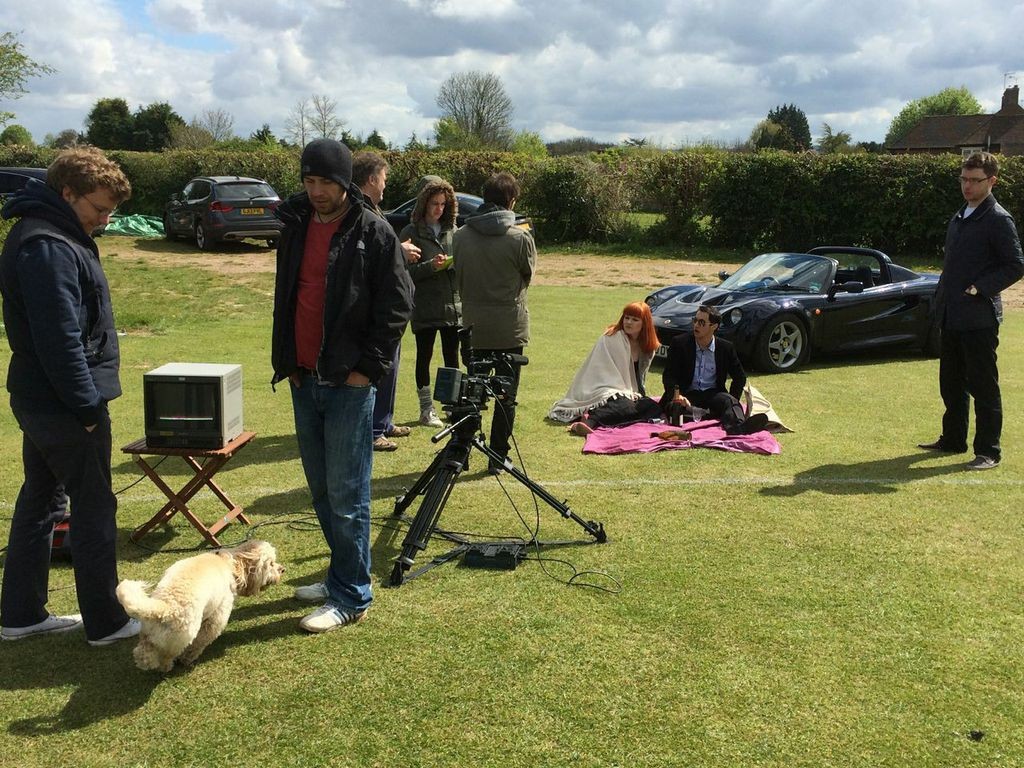 At this point the actors playing Posh Man and Posh Woman were up. They had been sitting around for a long time. I had been asking them all day if they were okay since they were just sitting and waiting for so long, but apparently that’s what happens on set. I think the cake held them over until they were ready to shoot. Once they got up, it was their time to shine. They were impressive to see in action, especially after doing nothing for hours.

We went on to film the Posh Man and Older Brother having their “go to” moment. I’d written no dialogue, so anything that happened was improvised. Both were brilliant. It’s amazing how everything comes together when everyone pulls in the same direction.

We finished filming at 6ish, great footage was in the camera, cake was in our bellies and we were excited for the next day. I was a first-time director with no-voice and my cast and crew all pitched in to help me along. It was collaboration at it’s finest. Now…tomorrow would be the crucial motorbike scene.

I woke up with a bit of my voice back. I was back down at the pavilion by 7:30am, having a Groundhog Day moment with the coffee, tea and biscuits.

But… It was pouring with rain.

When it came to filming the bike scene I didn’t want the actor playing the Young Boy anywhere near the bike for safety reasons. I was keen to film it as fast as possible, to minimize our exposure to passersbys. The road and weather worked in our favor. It was already an unused road and the weather so grim that no one really used the road at all that day.

My brother in law arrived and let me use his BMW beast of a motorbike for the shoot. We set up the GoPro on the bike and the D610 on the tripod. We were all huddled under umbrellas talking through the shots, when it started thundering. I put my (lightening conductor) brolly down and realized everyone else was totally into it, despite the weather. No one else seemed to care that it was thundering, they were pulling together to get the shot. I loved the dedication. The filming went great. 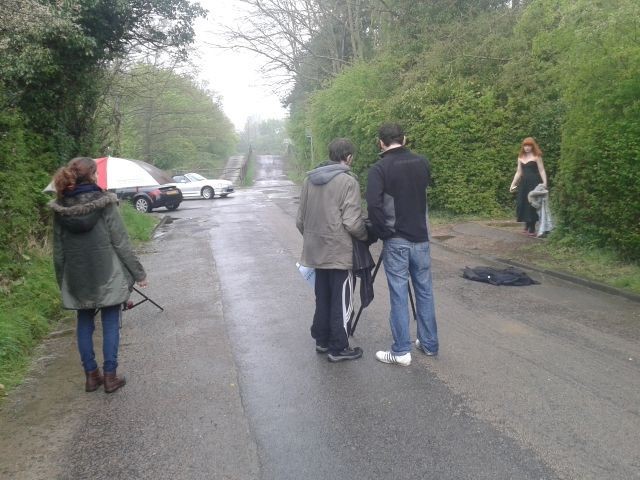 With our bike shots in the bag we returned to the pavilion and caught up on a couple of missing shots. One scene shows the Young Boy tripping up. We’d found a large sack of sawdust, which we covered in a coat, that we got him to trip and fall a number of times. Shot from behind it looked great. He was really into it and did his own stunts.

The opening scene was next. I’d decided overnight to change the setting from INT. SITTING ROOM – DAY to INT. CAR BACKSEAT – DAY. I came to find out no matter how many times you plan to shoot the script exactly, it will change on set. You have to be open to change. It might be weather, it might be better shooting angles, it might be for any reason, but you have to go with the flow.

It took a while to set up using the GoPro, but the actors were eventually bundled into the back of my sister in law’s car. Not only did it work, but also better still, the cricket pitch and field appear in the background, bringing us nicely into the location of the main action.

Finally it was Young Boy’s curtain call time, back by the road. My takeaway memory is the shot of Posh Woman shaking the dead body at the side of the road. Filmed from the Young Boy’s point of view using the GoPro, the Posh Woman looks upset shaking the body. Out of shot meanwhile, the Younger Boy is laughing – the shaking is tickling him. Ah, the behind the scenes moments that we will always take with us.

And then, just like that, we were done. That’s a wrap!

We packed up. The Editor took the footage. We said our goodbyes and made plans to meet again to watch an edit. All that planning and it was over in a flash. Everyone trickled away

It was a whirlwind of craziness and definitely a wild ride. I lost a DoP, I gained a DoP, I almost quit, my producers saved me, I lost my voice, I changed the script, I changed the shots, and then I ate cake. And now we’re on to post and I’m happy to say that I hired my composer through Stage 32. 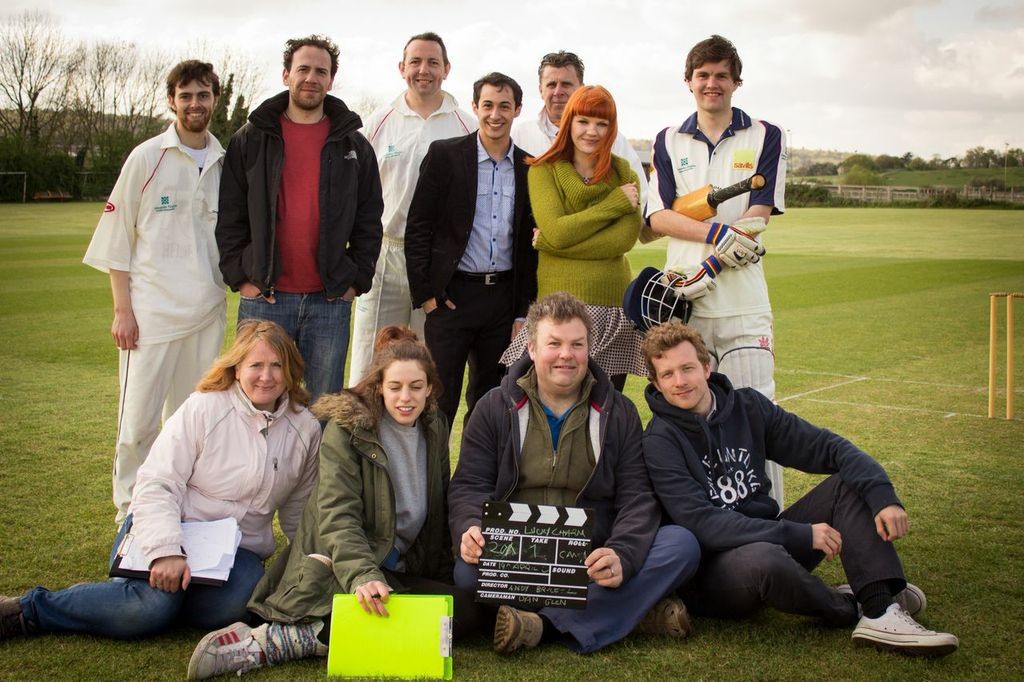 As always, Andrew is available to answer any comments in the Comments section below... 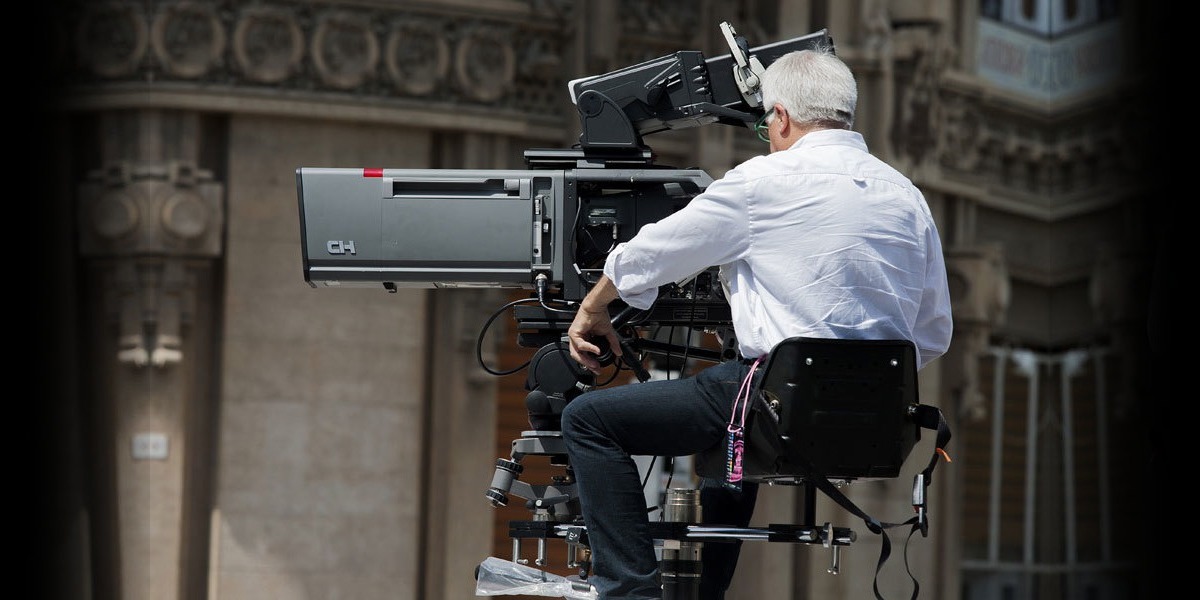