Creativity Is Universal - Stage 32 in Germany for WIFTI

This year at the Cannes Film Festival I had the opportunity to meet Heidi Philipsen, a dual-citizen filmmaker from the United States and Germany. With each country being different in the various ways they make films, Heidi realized that there is an opportunity for trans-Atlantic filmmakers to learn from one another and support each other creatively. So, she did something about it. Heidi put together a panel at the Hamburg Film Fest for Women in Film & Television International (WIFTI) and NYWIFT and invited both myself and RB to come out to speak. I want to give a huge thanks to the American Consulate General Hamburg for their generous sponsorship. 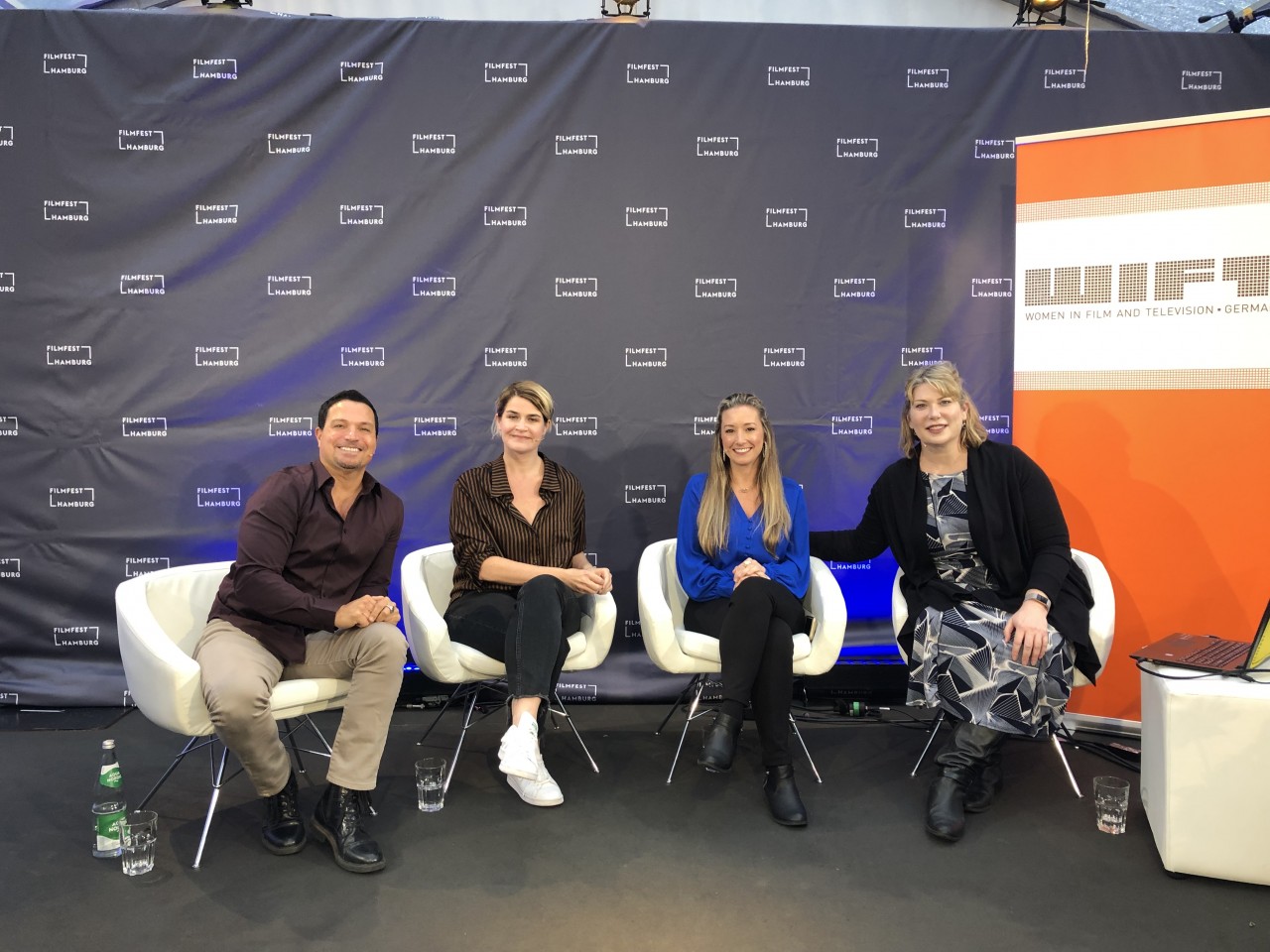 According to Heidi, one of the many reasons that this event is so near and dear to her heart is because having lived and worked abroad in Germany, while also experiencing and logging professional years in the film industry in the United States, she learned that the best thing that women can do for gaining insight, knocking out boundaries of discrimination, networking and gaining a whole new perspective on the industry and careers across borders is by intercultural communication.

Over a lively couple of hours we talked about development, putting together the best team for your film and new ways to distribute your projects. We broke down barriers to learn how different countries put together projects and how we can be forward-thinking and open minded on working together. It was a packed house and all who attended left motivated and inspired.

We even had an opportunity to share some recent success stories coming from Stage 32 - including a script written by Laurie Ashbourne which she developed in a Stage 32 screenwriting lab that is now being produced and directed by Eli Roth (more on that soon), as well as the premier of a film at Raindance Film Festival this year that came from a U.S. and Hungarian production. Additionally, we were thrilled that Geoffrey Macnab from ScreenDaily asked yours truly for a sit down interview covering Stage 32 and all the cool partnerships and member success stories we've experienced lately (you can read it here)! 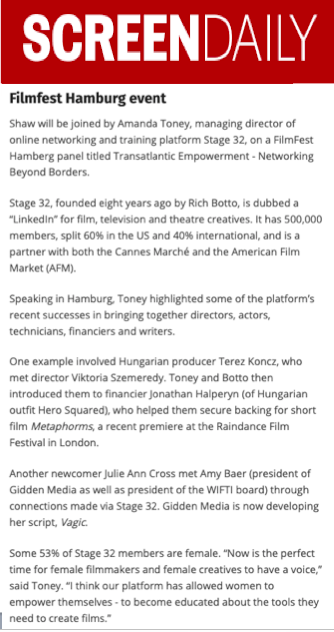 We wanted to give special thanks to Geoffrey for taking the time to meet with me and for his thoughtful and thorough article about our wonderful Stage 32 community. Geoffrey himself is a creative and accomplished author having written several film related books including one on Ingrid Bergman, the making of TAXI DRIVER and one on independent film producing. If you're interested in checking out his work you can click here.

It's been a special year at Stage 32 not only for our fantastic team, but for our members.  We'll be sharing more cool stories with you in the weeks to come! 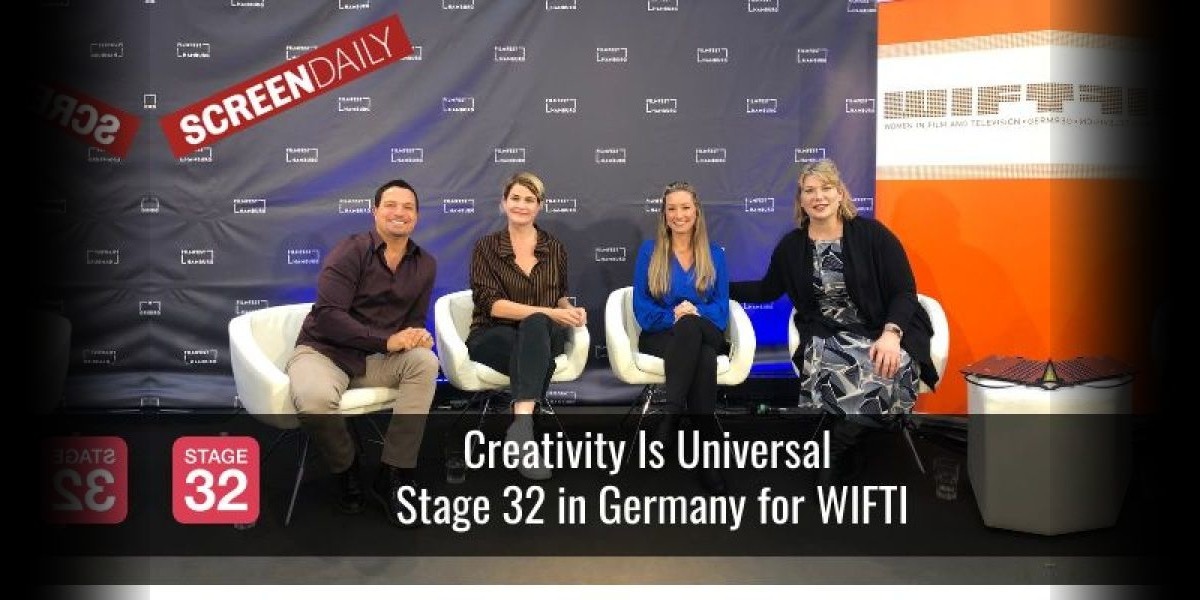 There are now 2396 blog posts for you to enjoy. Search them all by tags below.