Don’t Rip off the Alien! 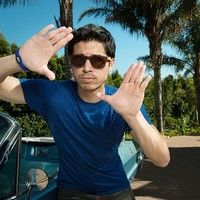 With such a vast library of great films to look to as paradigms, you’d think it would be easy to make a great movie. We’re in the age of reboots, adaptations and (dare I say) rip offs, all of which offer a great foundation for us to work from. So why is it that a lot of these fall short? It’s really quite simple.

YOU’RE RIPPING OFF THE WRONG THING!!

OK, so obviously I should elaborate on this. I’m a person who likes to explain things via analogies. So in this particular case, I’ll use four of my favorite movies of all time: 'E.T: The Extra Terrestrial', 'Jaws', 'The Graduate' and 'Mrs. Doubtfire'.

So when you hear the titles of these movies, these are most likely the images that come to mind...

This is totally understandable. These images are a part of pop culture. These images are what sell the movie. These are moments that are put on the posters or in the movie trailers. I call these moments: 'movie moments'. These are the images that intrigue audience members to come see your movie. Are these important? Yes. Without a doubt they are, because these types of images and moments are what get the general audience interested in seeing your film in the first place. A great trailer has you hooked within the first one to three minutes.

However, have you ever seen a trailer for a movie that was so epic and so profound, but the movie itself was mediocre at best? Happens a lot. In fact, it happens too often. Personally, I get very weary when a trailer is ‘too good’. It’s almost like they’re trying too hard to lure you in.

So what went wrong with these crappy movies with the great trailers? This goes back to ripping off the wrong thing. While movie moments ARE important, the quality of your movie is not predicated on those things. At most, you may have five movie moments in your script. That still leaves about 80-90 plus minutes of content to fill. Sure, those moments may be great when they’re on screen, but ultimately you need to care about your hero. You have to put characters first (and yes, I’ve ironically and intentionally mentioned movie moments before character work to illustrate this point).

So let’s backtrack to the four movies I mentioned. Why are these movies great? These movies came out many years ago, yet they’re still talked about.

Earlier I posted the images that people are most likely to think of in relation to those four movies. Below are images that come to MY mind (and should come to yours in my humble opinion) when mentioning these movies and ultimately, these are reasons why these movies are so great.

You won’t find these on any movie posters and you probably won’t even find these moments in any trailers, but these are the moments you absolutely must have if you want your movie to really stand the test of time.

This is how I've broken the movies down...

Easily one of my favorite movies of all time. When people think of ET, they think of an alien who comes to Earth, befriends a kid, makes a bike fly and may or may not be a Jedi (more on that another time ☺). While all of those things are a part of E.T., that really isn’t what the movie is about. The movie is about divorce. It’s about a broken family and it’s from the perspective of a young kid (even the camera angles are from the eye line of Elliot’s perspective), but this is what makes the movie tick. The family is trying to cope with the fact that their father is no longer in the picture. That image of the dinner table is so powerful. The father is noticeably absent. It’s a new territory for all of them and right away we see that Elliot is an outsider. He’s a loner. He does not quite understand the whole divorce thing, but then he meets E.T. Ultimately they both want the same thing: home. The home that Elliot knew was he, his sister, his brother, his mother and father. E.T. wants to be with his family back on his planet. Both are in foreign territory. Rooting the story in these moments are what make you care for the main character. It gives you a reason to keep watching.

Another Spielberg classic that follows the same pattern. This is about a shark that terrorizes a small beach town and the men who have to kill it, right? Sorta. Again, these are elements of the movie, but let's look at what makes it tick. Chief Brody is the new kid on the block trying to find his identity within this unfamiliar town and of course he comes at a time when a major shark attack happens. He wants to shut the beaches down, but the Mayor stresses the importance of summer dollars. The Chief knows what needs to be done, but feels like he has no power to do so. He feels like it’s him versus the town. Him versus his masculinity. I chose the image above, because it’s easily one of the most powerful scenes of all time (if you haven’t seen this movie, watch it now).

In a nutshell, the scene below is him just contemplating what to do. He’s lost in his thoughts and without his knowledge, his son is imitating his every move. He then catches wind of this and then is put at ease. He sees the innocence of his son. He also is reminded how lucky of a man he is to have a great family. The scene ends with him saying to his son, “Give us a kiss”. His son then asks, “Why?” to which he responds, “because I need it.”. The shark may be on the poster, but that’s the best scene in the entire movie.

“Mrs. Robinson, you’re trying to seduce me.” Most of us know the line. When you look at a movie like ‘The Graduate' you think of a cougar seducing a young man. That’s literally what’s on the poster. At its core, this film is about a.. yep you guessed it… college graduate who is simply trying to figure himself out, not unlike Chief Brody in 'Jaws'. He’s just graduated college, but now he’s like “now, what?”. This does lead to the affair with Mrs. Robinson, but then the twist is, that he is fixed up with her daughter and then is torn between the two. The image above is a lesser known screencap of this film. Let’s really look at what’s going on. A lot is going on around them, the top of the car is up and they’re engaged in conversation. The brilliance of this scene is, that we never hear what they’re saying. We are simply bystanders, but can clearly see these two are into each other, but it’s the most romantic date ever, because it’s THEIR moment.

Then after that scene, we see this...

He’s lost in his own thoughts and she catches this. It’s such a simple image, yet so romantic. It’s that moment when the date is going so ridiculously well it feels surreal, but the movie allows that moment to remain with the characters and it also adds depth and raises the stakes. It makes you want to keep watching.

Lastly we come to 'Mrs. Doubtfire'. A man dresses as a woman to spend time with his three kids. Wait. What?! Well, that is part of it, but, we’re faced again with a movie about divorce. This is mainly from the estranged husband’s perspective. The thing that drives Daniel Hillard (brilliantly played by the late great Robin Williams) to go to such lengths is the custody decision placed upon his divorce proceedings. However, through this journey, he not only improves his domestic skills, but also improves as a person. As Mrs. Doubtfire, he is able to really listen to his ex wife and find out things he never knew before. As his ex wife Miranda says to him later in the film, “Mrs. Doubtfire brought out the best in you,” to which Daniel replies “and in you”. The final image of Mrs. Doubtfire is one of the most touching pieces of cinema. The look of forgiveness and making amends between Daniel and Miranda is really uplifting and then the narration of Daniel’s alter ego, Mrs. Doubtfire, talking about divorce and a parent’s unconditional love, as Daniel drives off with his kids is such a beautiful sight.

OK, so we’ve gone over an alien movie, a shark movie, a dating movie and a cross dressing movie. Sounds weird when you put it that way, but these movies stand the test of time because of one simple reason: They all have a story worth telling. No matter what the genre, that is the most integral part of making a good movie. While it is true that show business is indeed a business, your business will suffer if your film isn’t strong. It really is about finding that right balance of a film with artistic integrity, but also with commercial appeal, but you need to make sure you really know what your film is before you do any of that. You need to have real characters with a real journey. Once you have that, those epic movie moments will be a sweet bonus and will supplement the film as opposed to the film being dependent on them.Think of a movie you really love; a movie you can watch over and over and then really pay attention to why it stands the test of time with you. You’ll find that it always comes back to characters you really care for. It’s actually really cool, because the more you watch the movie, the more you actually get to know these characters better, because they’re real! So, just as the title of my article says: 'Don’t rip off the alien'. Don’t rip off the shark. Don’t rip off the explosion. If anything, rip off the character work, but that being said, you must always make it your own. Draw inspiration from your peers, but always stay true to your vision. As a director I’ve found one of the most important things to have is a point of view. Make sure you have that and then a few years down the line, someone just might want to rip off your alien or character work!

Jon Lee Brody is a writer/director/producer and founder of 'Iron Will Productions' (or 'Iron Will' for short). He started his career in front of the camera as an actor, appearing in movies like 'Star Trek Into Darkness', 'Pawn' (with Forest Whitaker, Michael Chiklis, Nikki Reed, Sean Faris and others) and most recently 'Furious 7'. He has won awards both as a director and screenwriter on the film festival circuit and is developing multiple projects in the Film/TV/Digital realm under his production company banner. He's worked with some of the most seasoned filmmakers and actors and is excited to share some of his knowledge with the Stage 32 community. You can reach him on Stage 32.