This Cannes, the Marché du Film and Cinando handed out their first-ever prize: the Cinando Best Seller Award.

Thirteen sales agents from all horizons were invited to participate in a pitching contest that took place on May 17th at the Marché du Film. Selected pitchers were given details of a real project, “Codename Madeleine”, inspired by historical events, from an original idea by Pan Nalin, its director. They then had 48 hours to prepare a 5-minute pitch that would convince the Cinando Awards jury composed of three distributors: Norio Hatano from Longride (Japan), Ira von Gienanth from Prokino (Germany), Dylan Leiner from Sony Pictures Classics (USA) and producer-sales agent Raphaël Berdugo from Cité Films (France).

The jury announced the contest winners at an event at the Plage des Palmes on May 18th, alongside Jérôme Paillard, Market exec director, Nicolas Brigaud-Robert from Films Distribution and John Hopewell from Variety.

Awardees were announced as follows:

The 2 top winners got their portrait and interview in Variety. 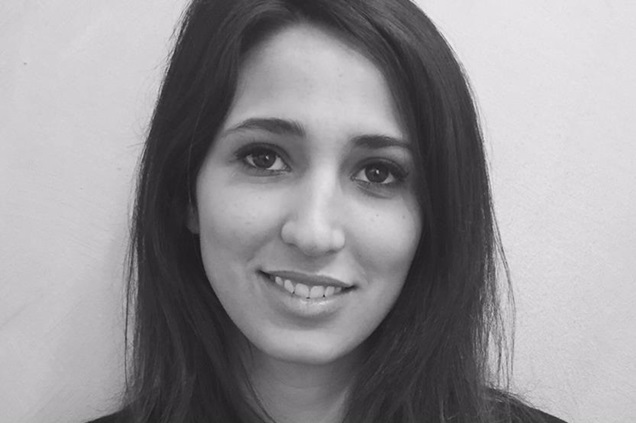 From a an internship in acquisitions with Wild Bunch, based out of New York over 2012-13, to a gig in the home entertainment marketing department at Paris-H.Q.-ed Studiocanal in 2014, to international sales manager at Wide in 2015, Poivre has come a long way fast. She joined Paris-based Films Distribution – one of Europe’s highest-profile sale companies with subsids or affiliates in Berlin, Brussels and now London – as international sales manager in April.

Pitching, Poivre said Wednesday, “I tried to do what I’ve seen [Films Distribution partners] Nicolas [Brigaud-Robert] and Francois [Yon] do: Get to the passion of the story, its essence, the characters. Without motivation, there’s no character, no conflict, no story.” She was one of the only sales agents to key into what really – in part – might have driven Khan: Her desire to be an Indian “superhero,” in Poivre’s words, serving Britain in WWII so that Britain would serve India’s interests, granting it independence.

Also, her Jewish fiance was deported. “Sometimes, romantic motivation can be above all the rest,” Poivre said. “Dynamic,” in one juror’s words, the ex-Boston U alum, majoring in film and TV, was born and raised in Paris. She was also one of the only sales agents to give ‘Codename: Madeleine’ an industrial context.

“She talked about the timeline, when delivery would be, which kind of festivals the film was suited for,” said Gienanth.

“I try to get very passionate about what I’m selling, communicate not only the story but my excitement about it,” Poivre said.

“She takes pride and joy in getting people to agree with her, convincing a buyer to see a movie or buy it. By the same token, she’s kind and gentle, she doesn’t bully her buyer. If you push people too much, they get scared. It’s like hunting,” said Brigaud-Robert. 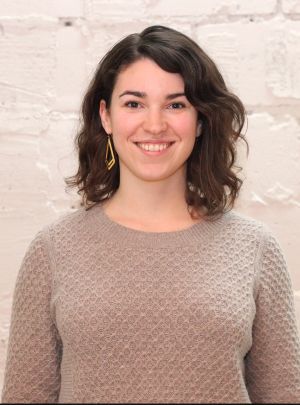 “A good seller is not the person that tells you the entire story but is a person who tells you enough in order for you to want to engage with the story,” Leiner argued.

Chateauneuf was a case in point. With “a flow in her pitch,” said Gienanth, she captured the essence of the story concisely in very few minutes, no easy task.

Like Poivre, Chateauneuf also keyed in what deep motivation” “Part of it is her father’s influence, her religious inclination, which inspired her to fight injustice around the world.”

Very together, Chateauneuf studied at Montreal’s McGill U, started at Mongrel as sales coordinator in 2014 and, when it launched an international sales division under Charlotte Mickie, moved to a sales position. “She’s efficient, astute and passionate. An amazing combination! We’re so lucky to have her on our team,” a proud Mickie glowed.

About Sydney Levine:
Sydney Levine is an executive of longstanding in the international film business. She is a writer of the popular blog on international film business, SydneysBuzz which also has run on Indiewire, IMDbPro and IMDb since 2008 when Amazon acquired her twenty-five year old company FilmFinders. In 1988 Sydney created FilmFinders, the industry’s first database of worldwide features used by distributors, sales agents and festival programmers acquiring features. It became industry standard for organizing and tracking the rights-buying activities of the film business and was adopted by the Cannes Marché and developed into what today is called Cinando.com. She and her partner, Peter Belsito continue to provide consulting and strategic planning for producers, national film organizations and other educational initiatives in international film business at Cannes, Toronto, Sundance, Germany's Deutsche Welle Akademie, Talents in Berlin, Sarajevo, and Guadalajara, EICTV the international film school in Los Banos, Cuba, Chapman University, UCLA Extension, Vilnius University, et. al. She organizes, moderates and participates in panel discussions on the international film business, as well as producing white paper research and reports on SydneysBuzz.com. Sydney works with the markets in Cannes and Berlin in administering buyers’ data for North America, Latin America and Asia and gives tours of the market to newcomers. She opens the Cannes Shorts Corner with a presentation on The International Film Circuit for shorts. She has currently completed a book about Latin American Film Financing published in Spanish by the Guadalajara University Press. The English version on the Iberoamerican Film Business will be published in the fall of 2016.