Posted 9 years ago by Ron Merk 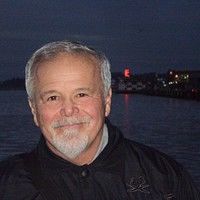 Today's guest post comes from Stage 32 member, Ron Merk. Ron has been a producer-director-writer and distributor for more than four decades. His work has won numerous awards around the world. Ron has also been a passionate supporter of film preservation, with major collections at MOMA, UCLA, University of South Carolina, The Margaret Herrick Library and The Academy Film Archives. He is also a staunch supporter of the independent film movement through The Filmmaker Resource Sharing Group and the Indieplex filmmaker web resource site to which Ron frequently contributes articles of interest to the filmmaking community.

I thank Ron for his contribution to the community.

The title of this piece doesn't mean to imply that film as a means of recording or saving history is no more, discarded and then replaced recently by digital media. In fact, I mean quite the opposite - that film IS history, and that we need to save our collective history soon, or it will be lost forever. Tens of millions of feet of film sit in vaults, offices, attics, basements and garages all around the world, all of these films subject to the ravages of time, storage conditions, disinterest and neglect.

As someone who has been involved in film preservation since the beginning of my career more than four decades ago, I can assure you that there is gold in every one of those film cans waiting to be opened just like a pirate's treasure chest. As a producer-director and a distributor, I've had the rare opportunity to see what saving a film can mean, not just for history, but also for the bottom line of a film's economics. Example: Hercules in New York. Never heard of it? Well, it was Arnold Schwarzenegger's first movie, made on a small budget totally on location in New York City in 1969, way before he rose to fame in Pumping Iron, and to international super-stardom in Conan the Barbarian. The film literally walked into my office. Someone who'd been involved in the production, which bankrupted the company that made the film, was offering to sell it to my company back in 1982. The price was right and they assured us that the materials for the film were safely stored in a laboratory in New York.

To make a long story short, we DID acquire the film, and then proceeded to check all the materials and get them shipped to our lab in Los Angeles, where we learned that the negative needed some tender loving care. In the shipment of materials we received we discovered Arnold's original dialog tracks (he was dubbed in the final release version) which allowed us to create a restored version of the sound track. The New York lab later went out of business, and it's hard to imagine what would have happened to this film if we hadn't rescued it from oblivion. It went on to make a great deal of money for the company. It's now in worldwide release through Lionsgate Films. Arnold is a major film star and this was his first film, an important part of film history that was nearly lost, except for our insight into it's value and jumping on the opportunity to acquire it.

Last year, I made arrangements to deposit all the master film materials for all the films I've made during my career with two archives, The Academy Archives and the UCLA Film and Television Archives. I realized, that after four decades in the entertainment industry, if something happened to me, my family would really not know what to do with these materials, nor would they understand which materials should be preserved or the value of those films. Now the materials of my life's film output are safe, and I'm content that the films will be around for a long time for people to enjoy, study and research. But I am not satisfied with just preserving my own films. So I decided to embark on a campaign to bring the plight of orphan films to the public.

For years we have ignored our film heritage, assuming like most people that they will be around forever. But the truth is that every day some of this film legacy is lost: shorts, animation, industrial films, commercials, low budget films, independent films, and those films in the most precarious condition, home movies, all of which I shall refer to as "orphan films." Why orphan you might ask? Because they have no parents, no one to take care of them and make sure they survive. But like all orphans, they can be adopted by us. This is why I created an initiative called Preservation Project Partnerships at the foundation that I co-founded, The Metro Theatre Center Foundation.

The foundation has been a supporter of filmmakers, film festivals and non-profits since 2003. This year's focus is on film preservation and The Preservation Project Partnerships which seeks to involve the public in the issue of film preservation. The focus is on home movies as a genre. Home movies are often the only record that we have of a place, a time or a person, and are unique depositories of culture and history. Our Head of Preservation, Antonella Bonfanti is an Eastman House-trained film preservation specialist with more then ten years in the field. She is highly respected within the film preservation community, and both teaches and speaks at conventions and symposia.

We've embarked on the first Preservation Project Partnership with the home movies of a New York man named David Eugene Bell, who documented New York City gay life all the way back to the 1940s, when even being photographed in a "gay" setting was either an act of madness or an act of courage, because of the danger of being identified as gay. The material is extraordinary in its access to "the gay life" and in the middle of it, we found a piece of American history that you wouldn't have expected to see amidst these home movies. It was never-before-seen footage of Robert F. Kennedy marching in the NYC St. Patrick's Day parade in the mid-60s. Close up and in beautiful color. What this points out is that there is something amazing and undiscovered "out there" and that we need to locate, secure and save all this material before time and neglect take away this precious film heritage. We're raising money to save this collection now which is in very fragile condition due to poor storage conditions for the last 30 years.

Time is running out. The clock is ticking for these film treasures and one day, if we don't act now, they will be gone forever.

Ron is also available for questions and remarks in the Comments section below.