Posted 7 years ago by Omar Leyva 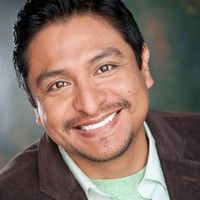 Richard "RB" Botto
If you haven't checked out Part I of Omar Leyva's blog Finding Signs & Meanings on My Creative Journey to McFarland USA - Part I, you can view it by clicking here.  Below is Part II of Omar Leyva's journey, which takes us through his landing a role in Disney's McFarland USA and what he learned as a result.

I first read for a very small role that I don't believe made the film. From studying the sides and breakdowns I knew there were a couple of father characters in the script. I asked about them and that led to being called in for the role of Señor Diaz. I loved the monologue. I prepared. I also forgot my headshot and resume in the car and now some luck came into play. Director Niki Caro was brought in to see an actress during that time and when I returned I got to see her as well. She had me do the scene a few times, refining the nuances of the scene. I've always loved working with directors because that is when you can show your talent for being able to deliver what they seek. The last thing she asked me was to make a joke out of a certain part of the scene. Training and experience now came into play. I made her laugh and she was now satisfied. That moment turned out to be one of the funniest parts in the finished film. I didn't have to tell her that I knew people like Señor Diaz and that I was basically playing my father all these years after he told me to not waste my time with music. I knew hard working people like this family first hand but all of that was unspoken. It was in me.

The character of Jim White, played by Kevin Costner, grows and redeems himself in the film while helping a group of kids in a farming town expand their world and their expectations by competing in a cross-country tournament. But just like in life, there is so much more to that story. I met the real coach White and realized he did for his kids what Ms. Milwe and Doc did for me. (IMG: With Jim White and Paul Diaz) 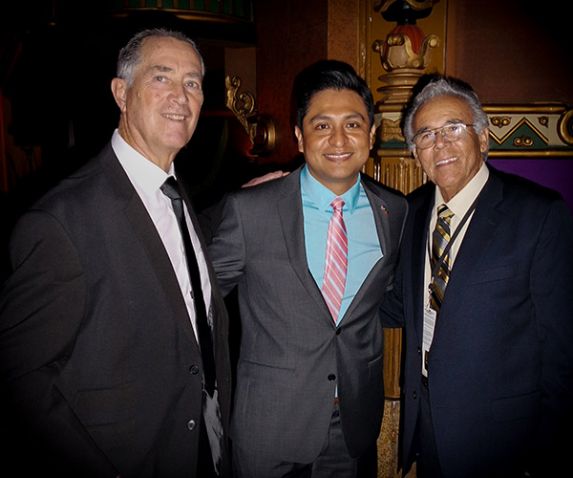 The tag line for the film is “Champions can come from anywhere”, and I immediately focused on what Champions are besides winners of a championship. Champions defend or protect and help others. The real Diaz family is a group of honest and hard working people who proudly fought for their dreams. Speaking with the real Señor Diaz I realized that he just wanted the best for his children. The Diaz boys grew up to be successful men because they also allowed someone to champion them and best of all, they now pass it on to others. They are real champions.

Coach White, just like Doc, didn't teach a discipline just for the sake of it. They were trying to teach young people to believe in their own potential. Doc always discouraged his students from pursuing acting as a career. He wanted us to grow from the demands and the structure and to learn to think for ourselves. Sometimes we talk about people getting second chances, but Jim White told me that sometimes a person just needs at least one. I always remember a moment in the film where the coach repeats to his slowest runner “You never stopped... you never stopped”. From that point on the important part of their journey is that exact thing... never stopping.

More than a project:

Shortly before the general release of the film, I volunteered with some of the cast in McFarland to build a playground along with Disney employees and even our director, who worked harder than anyone else. 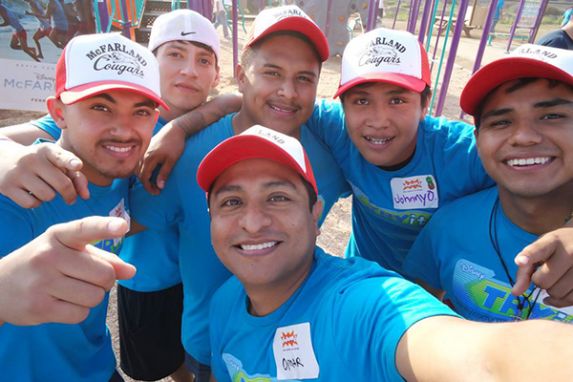 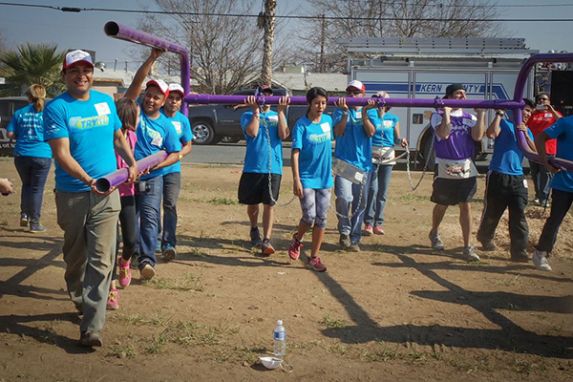 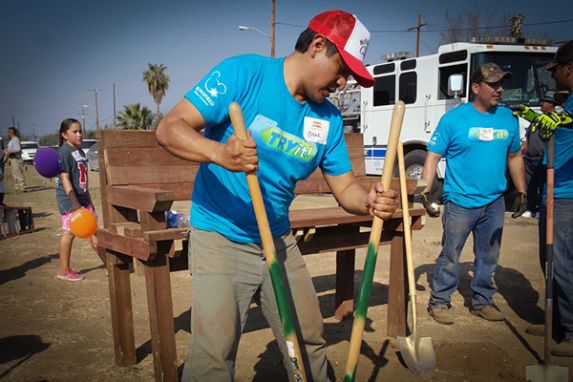 During a conversation about my background with one of the Diaz boys I was asked to speak at the opening weekend screenings and to share a poem that I wrote based on my experience. I have had my writing on hold during all these years as I've focused on my acting. Suddenly I found myself openly sharing my story and my poetry with a receptive audience and I realized that I was now seeing signs that I had to go back to writing. 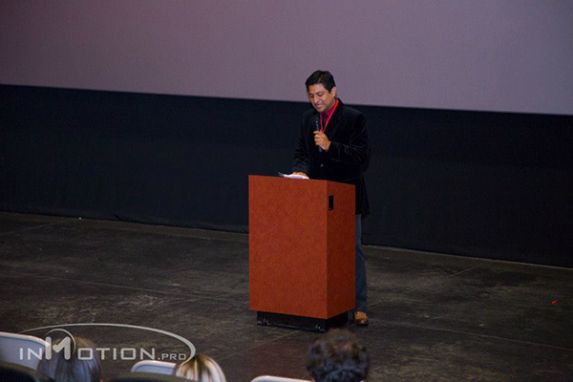 The reception was amazing and I was now more connected to the real people behind the McFarland story. I found a lot of symbolism in all of this.

As a result of working on this film I began doing interviews and sharing more about my journey. Speaking about the messages in the film and the people behind it started a welcomed shift in my relationship with my craft. I have found new purpose in my profession, new friends, old values, new energy, enthusiasm, gratitude, pride, and a renewed commitment to my creative self. I invite you to ponder some of the same things in your creative life and I'm sure you can discover more significance in all that surrounds you.

All journeys can face great challenges but that makes for greater rewards. You should look back and see how your determination was forged and perhaps that will help you gain confidence in tackling challenges to come. We need to believe in what we do as Creatives so that what we create has meaning. Finding purpose in our own lives will help us to achieve meaningful results. We nee to ask why we do what we do and reply with truth. We sacrifice so much and there must be a real reward for ourselves because then it will in turn speak true to others.

Just a reminder that I will be having Omar on as my guest for my On Stage With RB broadcast tomorrow, Tuesday March 31, 2014 at 1pm PDT. This is a FREE online webinar available exclusively for Stage 32 members, you don't want to miss it! Spots are limited, click here to register!


As always, Omar is available for questions or remarks in the Comments section below... 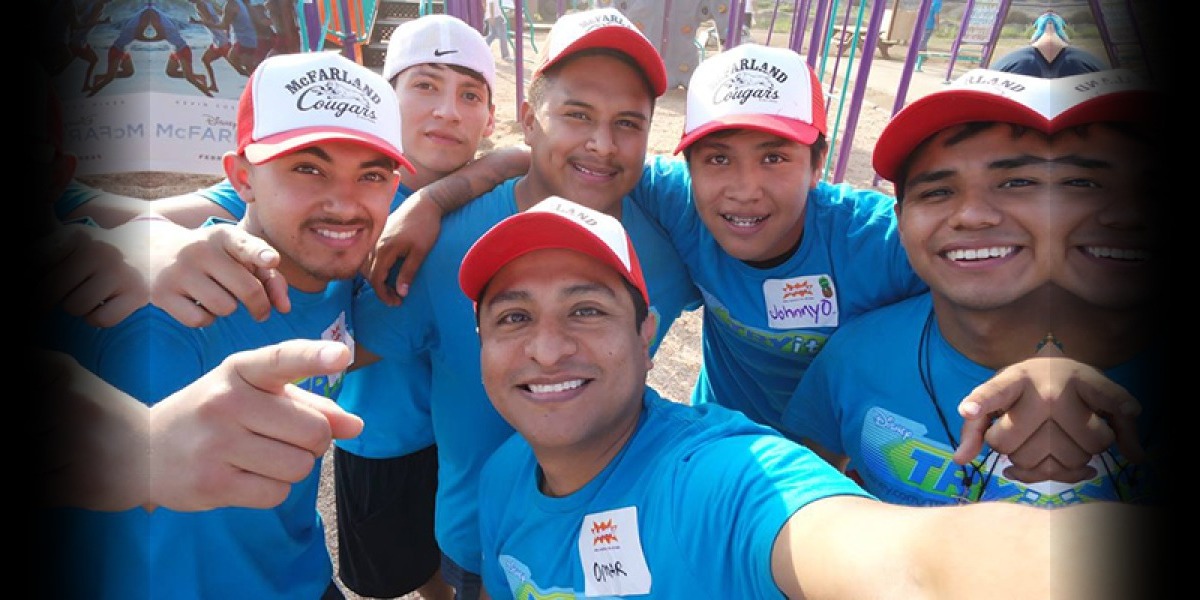