Finding Success by Paying it Forward

Posted 4 years ago by Bill Hartin 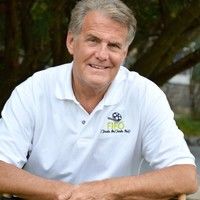 We see posts here on Stage 32 and elsewhere posing the age-old question of how critical it is to live in LA to be a successful screenwriter/filmmaker and the usual replies are that it is probably beneficial but not necessary. Kinda like if swimming in the ocean is your thing, you should probably live near one.

But that overlooks a larger question: How do you define “successful”? If the Holy Grail is Hollywood, get your butt out there. But I’ve discovered other definitions and forms of success – especially in today’s ever-changing world of filmmaking.

I guess you could say I was a latecomer to screenwriting and filmmaking – this, after more than 30 years of writing for various publications, including my own personal projects. I had even acted in a few films, including a Vampire Priest, a Bond-like character that kills his evil twin, and an arrogant business executive who gets his come-uppance during a board meeting. 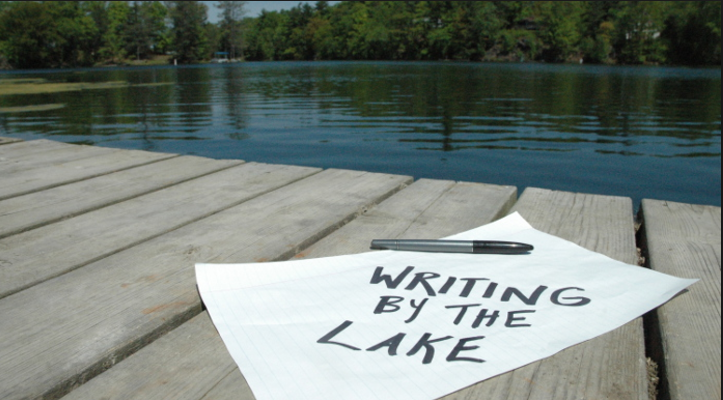 It was during the summer of ’95 that I decided to enroll in the weeklong fiction-writing seminar at the University of Wisconsin’s “Write-by-the-Lake” workshop in Madison, with the hope of improving my novel-in-progress, The Final Handout. But by the time my boss approved my vacation, registration had closed and the only opening they had was for Screenwriting – the only writing I had never attempted.

Christine DeSmet, an optioned screenwriter, novelist and short story writer, and writing teacher at the UW-Madison, taught the course, and as I soon discovered, was an all-round kind and mentoring soul as I dipped my toe into the challenging waters of screenwriting. I suspect she played – and continues to play - a significant role in my eventual and growing addiction to this art form.

Of course I aimed high and sent what was arguably the worst feature-length script ever written, to the only contact I had in Hollywood – a producer at Lakeshore Entertainment – and held my breath, waiting for the accolades and VERY large check to arrive in my mailbox. Surprisingly, she actually took the time to respond by email with the standard, “It’s not the kind of project we’re looking for.” Fade to black.

Fast forward to today. Now I live in the Lehigh Valley, on the eastern-most edge of Pennsylvania, about an hour from both New York City and Philadelphia, where I administer FIFO (Fade In/Fade Out) a non-profit filmmaking consortium of more than 200 members, dedicated to cultivating, supporting and furthering filmmaking.

Since arriving here nearly 15 years ago I’ve written and produced a half-dozen short films through FIFO, written a handful of feature-length screenplays (none optioned or sold), and continue to work on my collection of short stories, novels and various unfinished screenplays, along with my song writing efforts. Not exactly Hollywood.

My singular screenwriting/filmmaking claim to fame came in 2010 at the Pocono Mountains Film Festival where my short film, THE WRITER’S MUSE (TWM) won best short film. While I’m proud of that achievement, which included writing, directing and producing credits, the real gift from that whole experience was how it opened my eyes to filmmaking as an enterprise – how all the movable parts work. 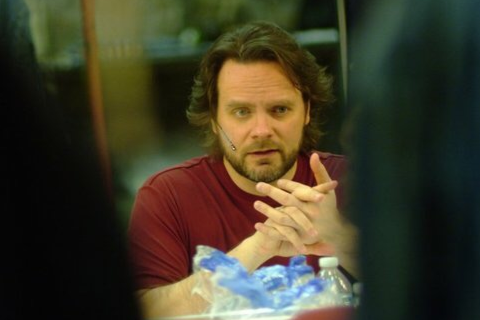 So much so that FIFO was able to play a significant role in GETTING GRACE, Daniel Roebuck’s (Matlock, The Fugitive, U.S. Marshals) summer feature shot in the Lehigh Valley. Roebuck’s vision to produce a series of films back in his hometown area – he grew up in Bethlehem, PA – aligns so well with FIFO’s mission that he now refers to us as his local “Team”, since he lives in Los Angeles when he’s not on the road.

FIFO provided support and assistance in the areas of Administration, Extras casting and management, Locations, and Logistics for a variety of locations in the Lehigh Valley – Easton, Bethlehem and Allentown. Roebuck and FIFO are already in the early stages of planning for Danny’s next feature – a sports-themed inspirational story he penned. 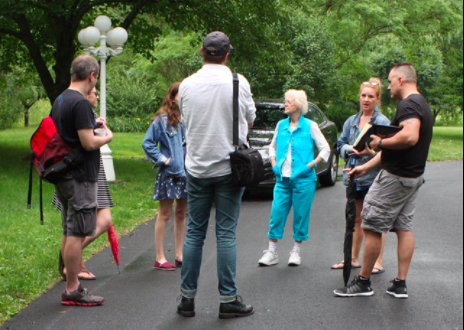 Over the course of its 30-plus days of shooting, GETTING GRACE attracted and utilized nearly 40 film student intern production assistants, often spawning intense and insightful discussions about challenges they face in school and after graduation. They became the genesis for FIFO’s newest offering, FIFO-On-Campus (FOC), a nationwide network of film students connected through their desire to make films.

FOC’s ultimate purpose and goal is to allow film students of all stripes – writers, crew, talent, administrative, etc. – to create their own networks of filmmaking resources while in school as well as afterward. As all the pieces for FOC come together, resources for students will grow.

FIFO is currently in pre-production on a handful of short films and pilots including a World War Two documentary; a noir project titled, BURYING THE DEAD; a political thriller; an introspective music video about heroin addiction; a 1960’s-based series on how women redefined their roles during that time; and a mystical series about how a historical Underground Railroad station affects the lives of two youngsters.

As a non-profit consortium of film creatives, FIFO is constantly trying to raise money for its projects. To that end, FIFO has partnered with a select group of craft breweries to screen short films on special nights called, Cinema & Suds. They’ve proven to be a win for all involved – filmmakers get broad exposure for their films, the brewpubs attract new customers, and communities reap the economic benefits of filmmaking. Cinema & Suds are also platforms for FOC students’ short films.

I could blame my procrastinating ex-boss for how things ended up for me, or maybe, more appropriately, the credit should go to Christine DeSmet at Write-by-the-Lake, who inspired, challenged, cajoled and encouraged me over the years. So far, it’s been an interesting, exciting ride, with promising developments on the horizon.

So before packing your bags and heading west, consider what success means to you. It might just be that home is where the heart is…as well as your Muse. 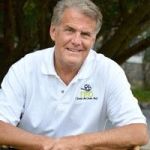 Bill launched FIFO (Fade in/Fade Out), a Lehigh Valley-based, non-profit filmmaking consortium, with the ambitious goal of harnessing all the diverse talent and resources around his area to raise the filmmaking bar and cultivate filmmaking.

Bill's three main interests - writing, photography and performing - collided when he discovered filmmaking. Now he writes screenplays, short stories, the occasional novel and follows his natural entrepreneurial spirit, all the while continuing to hone his filmmaking skills.

FIFO produces short films based on screenplays from a variety of sources, in an effort to help other filmmaking creatives realize their dreams and goals. CINEMA & SUDS is a celebration of short films and craft beers, aimed specifically at garnering exposure for filmmakers by showcasing short films at brewpubs. 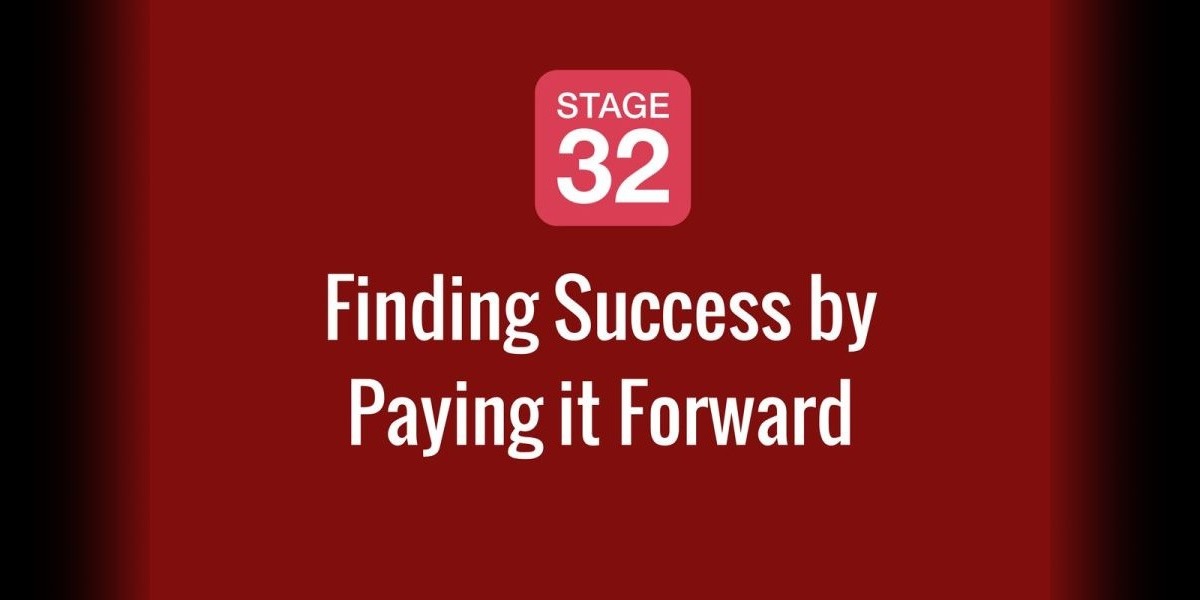