Finding and Pursuing your Passion

Posted 4 years ago by Justin Sloan 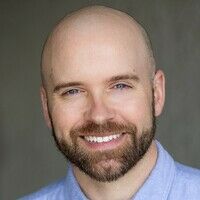 Today I welcome long time Stage 32 member Justin Sloan to the Stage 32 Blog. Justin is a video game writer, novelist, and screenwriter and currently writes full time for Telltale Games on such titles as Tales from the Borderlands and Game of Thrones. Justin studied his craft at the Johns Hopkins University MA writing program and at the UCLA School of Theater, Film and Television's Professional Program in Screenwriting. Additionally, he has published short fiction and poetry. As if all that wasn't enough, Justin served in the Marines for five years (and was an actor during that time) and has lived in Japan, Korea, and Italy.

Justin is a living breathing example of someone who believes that hard work is component number one (and maybe two and three) toward accomplishing your dreams. Even when the demands of life and duty called, he's someone who found the hours to pursue his creative passions. I find Justin's energy, drive and ability to eat obstacles for breakfast to be inspiring. I'm sure you will as well!

After serving in the Marines and traveling through Europe, North Africa, Asia, and Southeast Asia, I had a story to tell, I just didn’t know how. I’ve since interviewed many men and women, civilians and veterans, who have come across the same issue – there’s a creative bug within, struggling to get out. How do you grab hold of this passion and leverage it to land the career of your dreams?

Having now successfully transitioned from the military to being a novelist, screenwriter, and video game writer, I feel this is a topic where I can offer some advice. Add to my experience the many interviews referenced above, and I can tell you with some authority that it largely comes down to how you approach your goals, through a combination of smart work and networking. 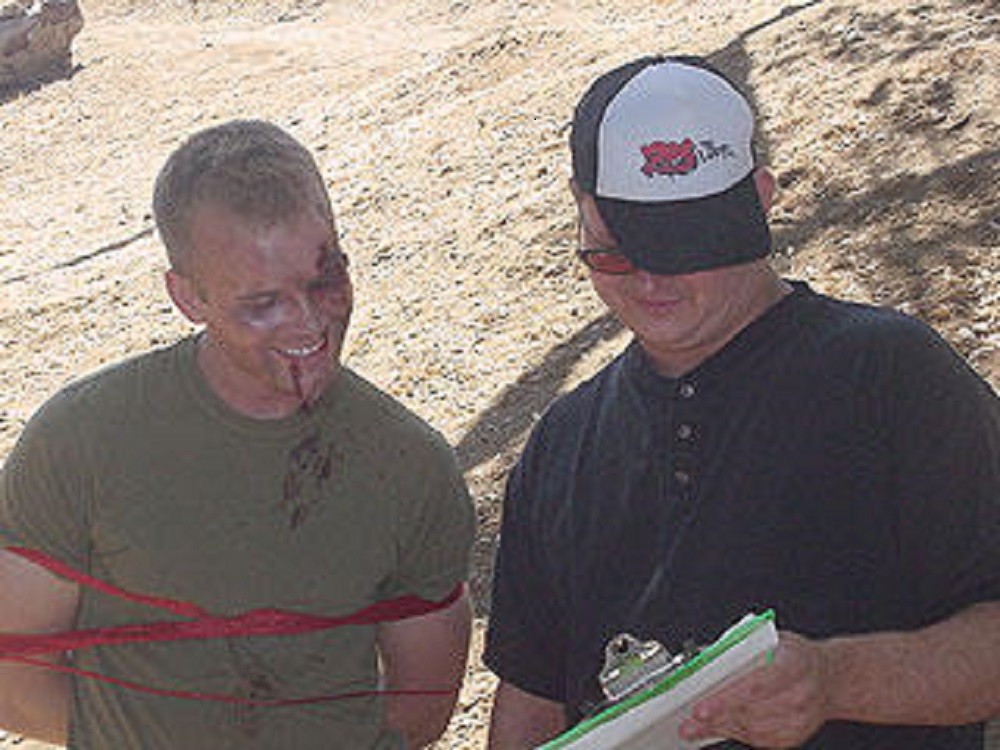 Let’s step back. When I was in the Marines I had a boss who was an activated reservist, but his day job was acting. He had small roles in such films as Bruce Almighty, and convinced me that anyone could be an actor, given enough dedication and patience. To get started, I set myself up as an extra so I could get experience. Through those extra roles I landed auditions and even had a few small acting roles. This experience fanned the flames of my passions for the entertainment industry but for some reason I listened to a nagging voice in the back of my head that said I needed to focus on having a traditional career with a steady paycheck, so that I could provide for my family. Darn that voice (but hey, it worked out).

The result was that I took off to graduate school and went to live overseas in Italy and then Korea. I had lived in Japan for a couple of years before, too, so I got a global perspective on people and places. These were amazing experiences that led to some of the best memories of my life and they made me who I am. During this time, the creative passion never left me. 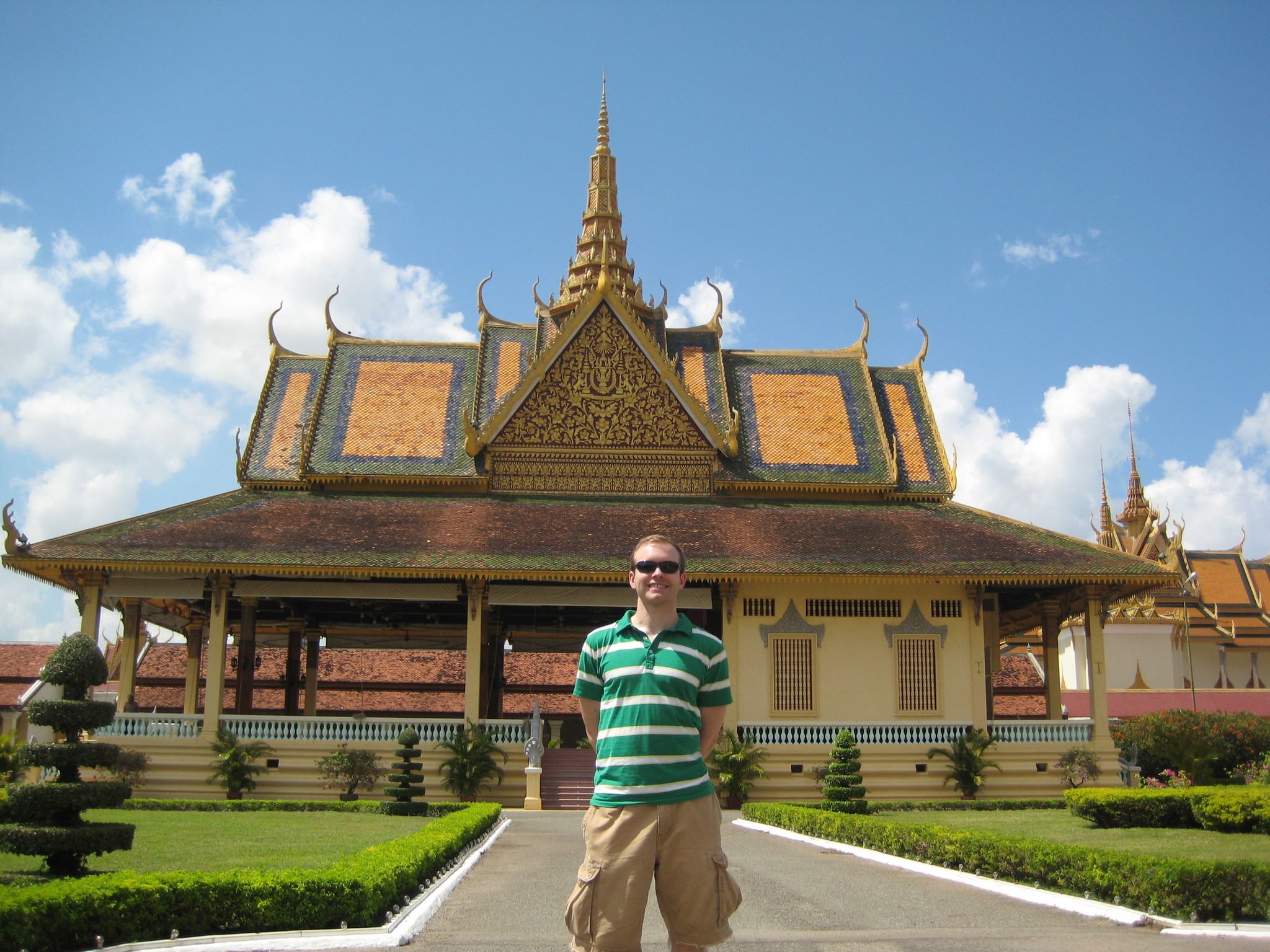 My grandmother never let up on the idea of wanting to read about my adventures, both in the Marines and in my travels abroad. I even tried to write a diary of sorts at one point, with no success. One day, when I was in pain from a military injury and sitting inside during the 2010 “Snowmaggedon” in Washington, D.C., I decided to try writing about my experiences – but in fiction. I set out to capture aspects of my bootcamp experience in a made up world that resembled the Peloponnesian War (a topic I had loved in graduate school), and have my character travel in ways that conveyed some of my interest in traveling. I figured this would be a story that I could write over the next 50 or so years, but within a few months I had 100,000 words written, and had more to write! That creative bug that had driven my love of acting had adapted to my situation, and I felt that passion and more as I wrote.

Soon nothing could stop me. I wrote at nights, woke up at 5:00am to write, and took all the classes on writing I could find. I was loving life! But… I found that writing in my off hours from work wasn’t enough. Every moment spent at work was time not spent writing my stories. So I made an agreement with my wife that by May 31st of that year, I would quit my job and become a full time author and screenwriter, if nothing else came up. Fortunately for me, I soon landed my full time writing gig with Telltale Games, where I have had the amazing experience writing on Tales from the Borderlands, Game of Thrones, and more. 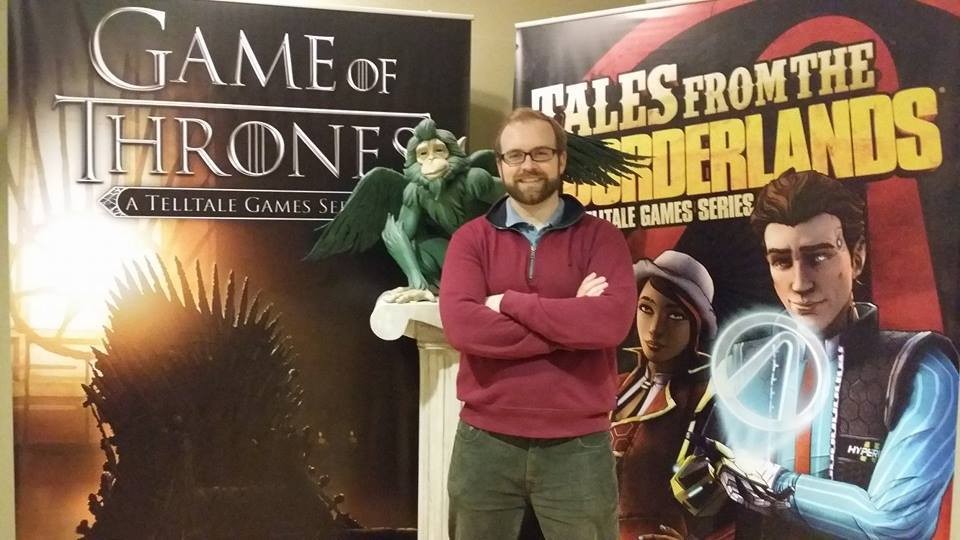 Was this luck? Nepotism? My awesome skills as a writer? To all of these I would say no, not exactly. It was a combination of hard (or smart) work, discipline, networking, and doing everything I could to set myself up to be who I thought I should be. While working full time and raising a child, I wrote around 15 screenplays, several novels, a bunch of short stories and poems, took classes at local writing centers and in University programs, and more. I did two internships, one with a literary magazine, and one with a literary management company. I attended writers conferences such as the Austin Film Festival, was an attendee of the Writers Guild Foundation’s (WGF) Veterans Writing Retreat, and various other WGF events. I joined Stage 32 and LinkedIn. I started a Meetup group for critiquing of screenplays, another for novels, I wrote and directed a short film. And more.

Why do I list this? It’s not to say “Look at me!” - it’s to point out that you can and must make time to improve your craft and image, and you must network. I did the above after obtaining that first MA in international relations, and I assure you, it wasn’t because I had spare time. Think of this as a call to action – do everything you can to get your name out there and, when you do, make sure you convey the right message. I wanted to be a writer, so I wrote, and I did as much as I could to make others take me seriously as a writer. 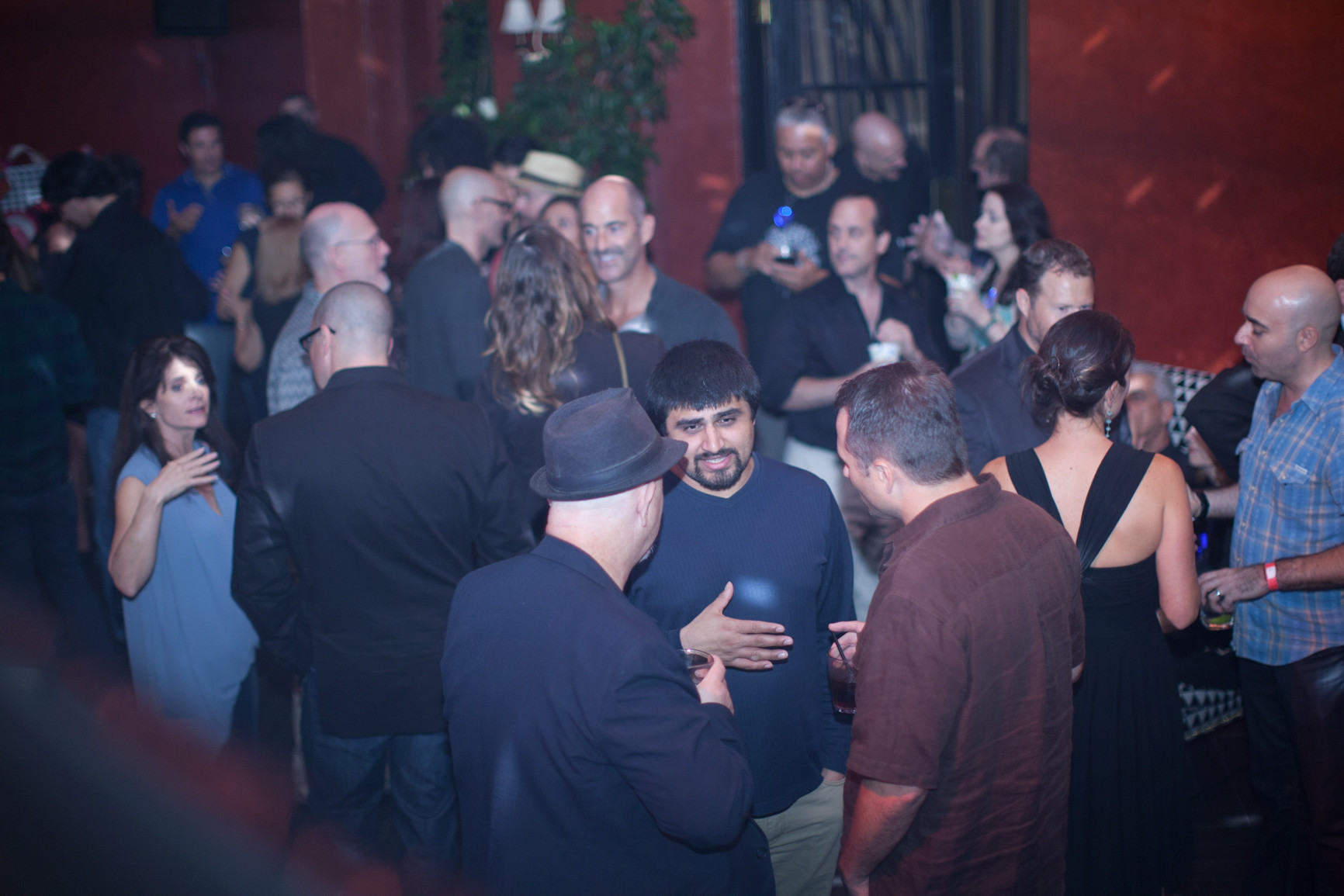 It was because of my Meetup connections that a group of filmmakers contacted me about making a short film. It was through my connections (and constant emails to grab coffee or jump on the phone for advice) on Stage 32 and LinkedIn that I found out about the UCLA screenwriting program, connected with all sorts of screenwriters, and came to Telltale. I know others who have had screenplays optioned because of connections they made through Stage 32 (see my interview with Stage 32 member Mark Simborg on my website). There are many military veterans who leveraged their connections through the group Veterans in Film and Television (VFT) to land roles and get connected to make films. As a matter of fact, that’s where I found many of my recent interviews for my book, Military Veterans in Creative Careers, and through a similar contact made on LinkedIn is where I found the narrator for the book, Marine Corps veteran Scott Levy, who has acted in various films, a Linkin Park music video, and games such as Battlefield: Hardline.

So whether your passion is writing, acting, directing, or whatever, I have the following advice: go out there and perfect your craft, do whatever you can to convey the image of who you want to be, and then network like crazy to make it happen.

Worst case scenario, you learn a lot and have fun doing it. And if it’s not working right away, be patient. It’s a long journey, but it’s worth it! 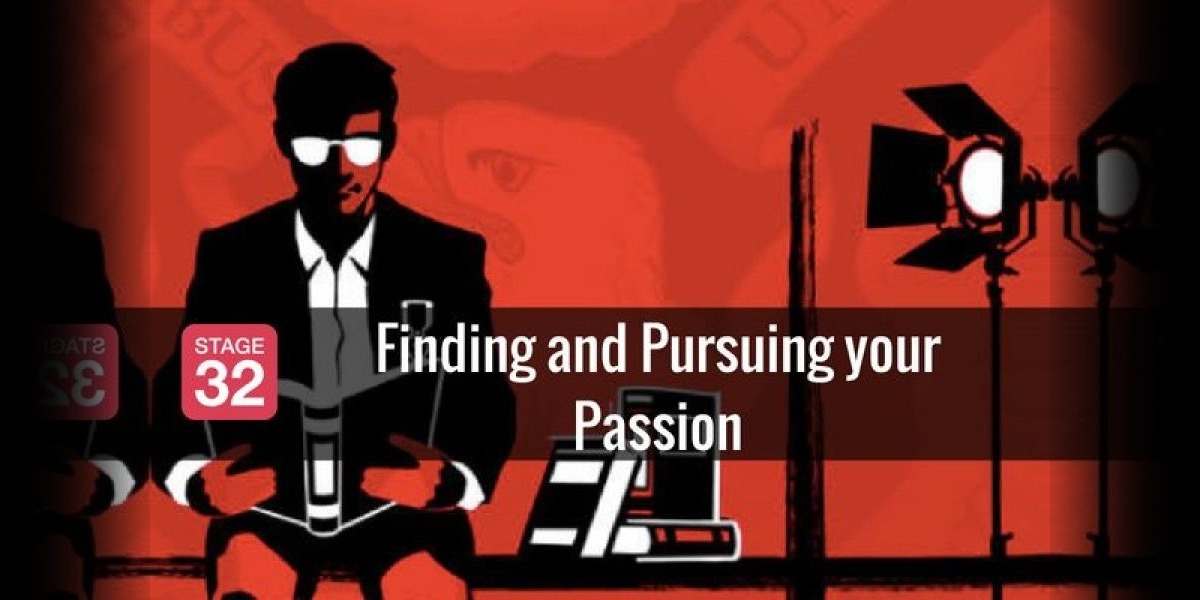