From Acting to Producing 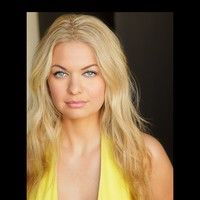 We have many multi-hyphenates in the Stage 32 community.  In this age of low budget, no budget, and DIY filmmaking, it's almost always necessary to wear many hats.  Taking the time today to learn the aspects and responsibilities of everyone's role on a shoot will undoubtably reap rewards tomorrow.

Today's guest blogger is a testament to that philosophy.

Actor/Producer Angeline Rose Troy has starred in Richard Gabai's thriller InSight (2011), as well as Lifetime TV's The Good Mother (2013), Imaginary Friend (2013), and Who Killed Allison Parks? (2012).  The founder of Cassiopeia Productions, Angeline Rose has produced the romantic comedy Ever Last, and the horror short, Jagerbar, which has won many awards on the festival circuit.  Upcoming acting and producing projects include the features My Favorite Five, Cinemascope, and Fater, the directorial debut from actress Shannon Elizabeth.  Angeline Rose hails from south Florida, and she holds a BFA in Theater from New Jersey's Fairleigh Dickinson University.

I thank Angeline Rose for her contribution to the Stage 32 blog.

My job has always begun in front of the camera at “action” and ended with my director’s call of “cut,” but I was nudged out of my comfortable actor’s niche when I stumbled into the big, broad world of film production. I’ll back up a little.

My modeling career began at age one-and-a-half, by age six I had moved on to Ford Models and the NYC stage in off Broadway musicals, and experiencing my first opportunity for the big screen in Mr. Nanny with Hulk Hogan.

In 2010, the year I graduated college, one of my good friends, Chris Dimoulas, wrote Ever Last, a beautiful romantic comedy script. Chris planned for this to be his directorial debut, and cast me as the female lead. Having read through many drafts of the script, and brainstorming ideas with Chris about the film, I was incredibly excited to get started. Then, two weeks into pre-production, his producer suddenly quit, saying she had too many things going on to commit herself fully to a feature film. Chris was devastated, and felt lost without the one individual who was going to take care of all the logistics so he could concentrate on directing. When he told me about losing his producer, he said he’d have to put the film “on-hold” indefinitely until he could find someone else to produce and understand his vision for the film.

It was at that intense moment that I simply said, “Hey, why don’t I produce the film? We can stay on track with the estimated schedule and budget. We’ve been talking for months about what you really want to achieve with this film and I’m totally on board! Plus, I really want to do this role!”

“Well, have you ever produced a feature film before?” Chris asked dubiously. My experience was limited: I’d produced a video for a rap group, a one-act play, and filled in for a wardrobe manager, but that was pretty much my experience behind the scenes.

Chris gave me the go ahead, and then I realized, that on this Ultra Low Budget SAG film there was no costume designer, no location scout, no associate producers, no contract with craft services, no payroll, no contacts for anything; the previous producer had not left us with any information. So, we had to start from scratch, which afforded me a total learning experience, and I found myself at the bottom of the learning curve. However, because I’d been involved in the acting side all my life, I did know what everything was supposed to look like when I showed up on set and I basically set out to emulate that. I created a relationship with our new SAG rep, redoing paperwork, driving all over New York, New Jersey and Connecticut to find perfect locations, then negotiating our rates, working with Chris and our D.P. to create a do-able timetable, scheduling actors, choosing wardrobe for the entire cast, constructing props including a life-size bank vault.

Between takes I was fielding phone calls from actors about their call times, contacting craft services about food delivery charges, and still making sure we wrapped each night before hitting cast and crew overtime. I must admit, it was an incredible learning experience to say the least to see how much time, effort and organization goes into making a film that, as an actor, I was practically clueless about! Producing my first feature film was a huge challenge and, ultimately, enormously gratifying and rewarding. I was hooked and created my own company, Cassiopeia Productions.

You know how they say sometimes you have to create your own work? Well, I had fallen in love with producing. Then, one night last year I saw a Facebook post by a friend, Alex Scott, wishing he could direct a dark version of Goldilocks and the Three Bears, and instinctively knew I had to be involved. After I contacted Alex, he got in touch with a brilliant writer, Brett Bentman, who we both had worked with on a previous project, and within a week I was reading the first draft of the short film Jagerbar. Alex, Brett and I had all seen the TV and theatrical fairytale revamps, but we wanted to take a well-known story, flip it on its head a bit and add some layers.

Jagerbar follows Emilia, our red-headed, kick-ass Goldilocks as she escapes from the clutches of three savage men who live in the woods and wear masks covering their nose and mouth when they hunt. These creatures exist in their own microcosm and have taken Emilia captive. Certain to meet with a grizzly demise if she remains among them, Emilia wrestles back control from the hunters, who ultimately become the hunted.

Our writer employed minimal dialogue in the film, and instead, to allow the cameras to capture the silent, dark mood of the actors. Any dialogue was predominantly in German, thus adding an additional layer of mystery, and showing how removed from present society the “bears” really are. This film project evolved into a horror/thriller with some of the more grotesque scenes utilized taxidermy, fake blood/vomit, violent struggles between characters, ominous musical score and unusually creepy camera work that makes the audience feel someone is watching them, or that something is going to pop out at them, making the viewer breathless with guarded anticipation. To this day, every time I watch this film, I catch myself holding my breath. We were so happy with our choice of locations: cold, misty Palomar Mountain where we shot the majority of the film, and the creepy remote cabin I rented as our main shooting location, as well as the dark, expansive, surrounding woods, all of which allowed our story to come into being.

One major challenge we faced, however, was the distance our shooting location was from everyone’s home base in Los Angeles (about 4 hours each way). I rented a remote lodge for 3 days for the cast and crew to stay in at the mountain, which took a bite out of our budget, but was our only sensible option, allowing cast and crew to experience and internalize their surroundings. However, whenever you put that many creative people in one place, two things inevitably happen: half the people stay up all night, passionately talking about films (and there’s that one guy who brings along the whiskey) and the other half really wants to sleep, and then everyone struggles with the 7am call. Well, both happened on Jagerbar, and the first day was definitely a challenge for some people!

I took on a very small role as an actor in Jagerbar because I had definitely learned though my experience with Ever Last that it is much better to focus fully on one job, so I played “The Drifter”, a major departure from my typical roles. The Drifter is the stranger who “helps” Emilia during her escape, but actually turns out to be one of the “bears”.

What began as aimless scrolling through Facebook, led me to a great short film that did very well on the Festival Circuit; screening at 8 festivals nationwide, nominated for 15 awards and winning six.

I always enjoy being in the theater to hear audience reactions to Jagerbar, and though every audience is different, hearing that gasp or “ewww” in the same places every time always makes me smile. Consistent audience reaction lets me know that we’ve touched individuals, proof that we have shaped something that universally speaks to its viewers.

Finally, I’ll share with you my secret for producing a good film: Make sure your cast and crew are all well-fed and well-rested. This combination seems to lead to everyone’s being able to put in their best work, and we all know that a positive vibe on set is so important.

Being an actor myself helps me immensely in choosing to produce films I believe. Good scripts make us believe and good filmmaking affects us and stays with us. It is because I am a lover of film that I feel so strongly that good stories need to be told, and if I can help facilitate that, one project at a time, as an actor and a producer, I am happily eager to accept the challenge.

Angeline Rose is available for remarks or questions in the Comments section below.