Posted 8 years ago by Joshua McHugh 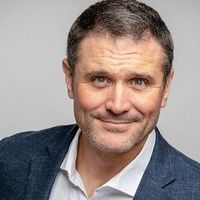 Today’s guest blogger is Joshua McHugh. Joshua originally wrote this piece for his personal blog, but I was so taken by the honesty of the content (plus, I’m a sucker for a killer opening line), I asked him if we could run it here as well.  He graciously agreed.

While the context of the article revolves around Joshua’s experiences as an actor, particularly the nerves on experiences leading up to and during an audition, I think this piece will be benefit anyone who has had to pitch a project or screenplay as well.

Josh McHugh, a New Hampshire native, got his first theatrical role at the age of six playing a not-so-Tiny Tim for Pinardville Boys’ Club’s holiday production of “A Christmas Carol”. He would not see the footlights again for another twenty-four years, as his interests turned to sports, academia and the odd girl who may have casually glanced in his general direction. His passion for the stage would be reignited when a friend of dubious tastes suggested he might prove to be a good actor. Seriously. That's all it took. As a result, he would spend the next year obsessing over the possibilities, driving his wife slowly mad. Finally, in an act of love (or exasperation), she settled on the “put up or shut up” approach, signing Josh up for a day-long workshop at the Cambridge Adult Education Center in Harvard Square. There, he would be assaulted with all manner of embarrassment: Improvisation. Theater games. Act like a tree.

The agony inflicted on his fragile ego was excruciating. He loved it. Since those first timid steps, he has taken every opportunity to grow in his craft. He has performed in theater, numerous web series and short films, an independent feature, in addition to commercial and voice-over work. One web series’ role earned him eligibility to join SAG/AFTRA. The next short film lead role earned a nomination for “Best Actor” at LA’s 2012 48 Hour Film Festival. He is looking forward to the next challenge in his journey. He resides in “The Valley” with his wife of twelve years and his son of five.

Weird way to put it, but it's true. When I first started down this road, nerves used to bring me to shaking hands and a leaden stomach.

Auditions were absolutely the worst. I'd be up there, barely able to slate. Dropping a line would be a small mercy at times like that. At least it meant you could get SOMETHING out. I'd stare down the long, pitiless barrel of a video camera lens and count the seconds till I could say my "thank you's" and flee from the room.

Now, don't get me wrong. In my heart I was ready to swallow my fears and enter that room. Every time. I had to. I couldn't call myself an actor if I couldn't do that.
My problem was I didn't like it.

I would get a notification that I had received an audition invitation, and I would curse out loud. You'd think I just learned somebody had died.

I despised how nervous I got. I knew I would be spending the next two or so days agonizing over the coming doom. I got to the audition, burped out my lines and fled. Only then would I feel that immense sense of relief, like I had just dodged a parking ticket.

It wasn't until I recognized where my nerves came from that I could enter that room and know I belonged there.

Here's where it started:

I wrestled from the time I was nine years old till I graduated high school at age eighteen. I have competed in hundreds of matches in that time. I wasn't half bad at it. I wanted to puke before every single match. Every one of them. Numbers-wise, that means I spent about nine years of my young life in ulcer-inducing nervous excite.

The funny thing was that I would suffer this raw nerve until the referee dropped his hand and shouted "Wrestle!" From that moment on, nerves had nothing to do with it.

You simply lived in the moment. Second to second. You had way too many other things to contend with than the state of your stomach. I was prepared and well-trained. My focus was absolute.

Sometimes I won, other times I lost. But I never left that mat feeling like I had let myself down. I gave it my all. For six minutes of my life, nothing else mattered. What nerves I did have simply fueled that explosive moment. It kept me sharp. I could shape it into whatever I needed.

That is the state I seek now in the audition room. I will never get around nerves. Indeed, I need them in my preparation. As actors, we learn to take those nerves and use them to our benefit. It is pure emotional energy. It is a gift we give ourselves.

If you have prepared yourself, know what you are going to do in that room, made strong choices, then you can welcome the nerves.

It means you are doing it right.

Joshua is available for questions and remarks in the Comments section below.