Part I: How I Got Started

Today we welcome Shaun back with a blog about how he got started in Hollywood. As you see in our Stage 32 blogs, everyone's journey is different on how or why they got started in film, television and theater. Shaun's story is no different and is quite unconventional.

Shaun is an independent film producer and member of the Producers Guild of America. He has produced three films: Dakota, Dakota Skye and Gotham-award winner, Girlfriend. His new film, The Automatic Hate, is due in early 2015.

Part II of How I Got Started in the Industry will be posted tomorrow.

Once again, I thank Shaun for his contribution.

I had been living with my Dad on and off for a few years (whenever my Mom didn't move me back with her) and he lived only a couple of blocks from Universal Studios. I remember buying my first Universal Season Pass (when it only cost nine bucks!). I used to go up there every weekend and ride the tour. Sometime later, I heard the story of how Spielberg had snuck into the lot and set himself up in an office (true? guess we'll never really know) and found myself determined to pull off a sneak that would at least get me onto the set of my favorite show (at that time) - Quantum Leap. I found out through the tour that they were shooting on various stages on the front lot. I made it my mission to get in there. I was 11 or 12 years-old.

One day, while on summer break from school, I walked up the hill from the Cahuenga side, caught the free parking shuttle to Lankershim Boulevard and walked up to the security guard... and then… just kept on walking. As a prop, I had decided to carry a coffee mug. Whether that actually helped or not, I don't know, but I didn't get stopped. 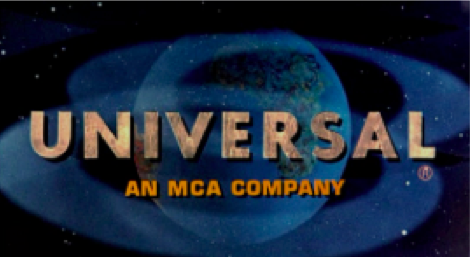 My goal changed as I got into the studio. I immediately decided that I wanted to walk the nearly 420 acres of the backlot and get from the front lot mid-way through to (what was, at the time, to me) the mother of all facade sets... Hill Valley Town Square from Back to the Future. I wanted to get there so that I could stand in the center of the grass and wave to the tram as it passed through - to all of those people sitting where I had only recently sat. Eventually, I made it there. I took pictures. The tram rolled by and I smiled and waved. (Amazing!) 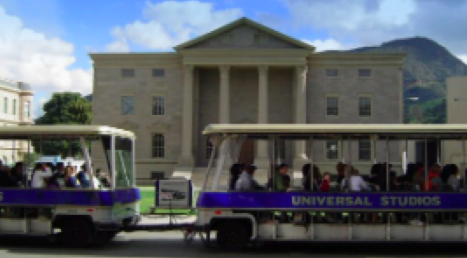 I continued to do this for several weeks. I'd pick a new spot on the backlot and take my own personal tour. The Psycho house on the upper lot. the re-created Amity from Jaws. The streets from To Kill a Mockingbird and The Munsters (which, up until recently, was Wisteria Lane from Desperate Housewives in case you were interested...) I'd even grab lunch at the studio commissary (back when they had one). 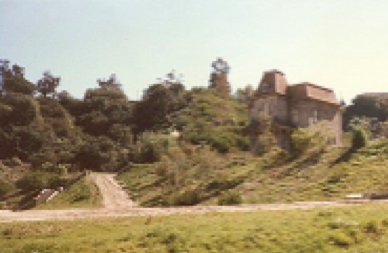 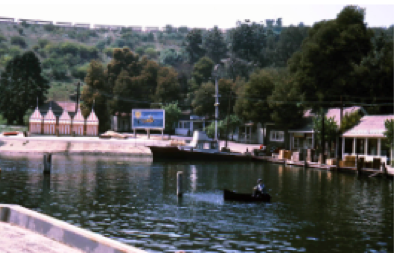 One day, while walking around near the 747 stage (where they kept a full-size interior mock-up of a Boeing 747) a guy in a golf cart saw me and stopped. He asked who I was with and what I was doing down there all by myself. Without an answer or a name, he told me to get in the cart and escorted me to the security office. It never occurred to me that people don’t really just walk that far into the lot… they have carts. 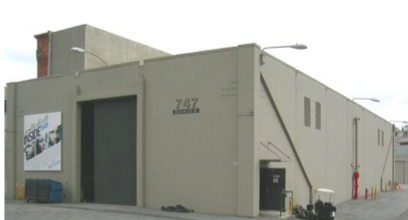 Security asked how I had gotten in, which I didn’t answer. They told me I was trespassing and that, being underage, my parents could be held liable for a hefty fine. They told me that no one was allowed on the lot without a proper pass and that, though they would not call the police nor press charges "this time," any such trespasses in the future would bring stiff penalties. They took my information (the little I gave them) and a polaroid (mugshot) before escorting me (in a golf cart) off the lot.

But... I hadn't gotten to do what I'd originally intended to do! There was no way they were going to keep me out. I went home and called the Main Universal Switchboard...

In my best grown-up voice, I asked: “If I have a meeting at the commissary, will the commissary issue me a guest pass onto the lot?”

"Yes," replied the switchboard operator, "I believe that if you have a reservation for a table there, they will." That was all I needed to hear.

I proceeded to book myself lunch at the commissary several times weekly... some time later, in Junior High, I even took a "date" there once (shout out, Victoria!). Later, I got my Mom in with me. I took friends. Most importantly, I spent my summer on the set of Quantum Leap, where I watched them shoot every episode beginning with “The Americanization of Machiko McKenzie," and actually became quite friendly with Dean Stockwell (who told me amazing anecdotes) and Scott Bakula.

Smashcut to 1991. I graduate 9th grade and my Mom shows up. She was moving to Sacramento and I was going with her. That was it. Boom. Gone.

It’s the day before High School graduation. Shaun sits with his MOTHER and GRANDMOTHER in his grandmother’s well-appointed house overlooking the American River and, in the distance, Folsom Prison.

Shaun
I can’t stay here any longer. Sacramento has
killed my soul.

(A rather grandiose statement, I know… I’ve always had a flair for the dramatic).

Shaun (cont’d)
I’m moving back to L.A. tomorrow. As soon as
school is out. I’m going to follow my dreams.

(There was that flair again).

The next day, I told my friend's to expect a phone call from me within a years time to tell them that I am working in the film industry.

The next day, I packed my car and drove back to L.A.

I got to L.A. and lucked into finding a small single rent-controlled apartment in Santa Monica, and wasted no time in crashing Universal again.

It's worth noting that the way I would get onto that Lot just isn't possible in the post 9-11, post security-guard-who-burned-down-3/4-of-the-backlot-world. 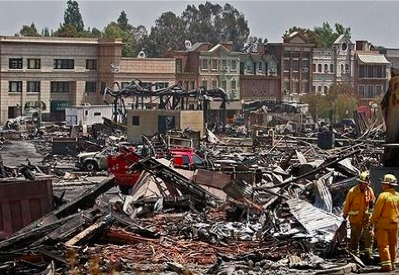 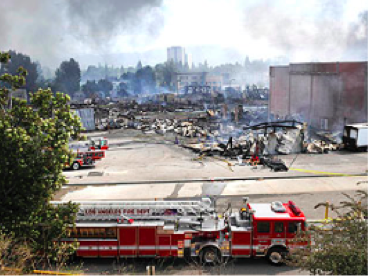 These days, there isn’t even a commissary for reservations anymore, nor can anyone just "stroll" past the security gate... no… these days, you're lucky if they don't search your belongings even after you have your pass or when you’re leaving(!)

But back then, things were different... it was “a simpler time,” and wanting to test the waters further, I decided to... well, how should I put this... liberate a showcard from one of the studio trucks parked all around the lot.

For the uninformed, a showcard is cardboard or laminated paper on which either a hand-painted or printed design of a film's logo or title design and production information is represented. The transportation department will hand these out to the driver of every production vehicle (vans, trailers, stakebeds) as well as to those lucky enough to be allowed to park in the shooting company's basecamp (above the line only, thank you).

As you're walking around a studio lot, you'll see them all over. All I had to do was find an unoccupied vehicle and grab one off of the windshield. Soon enough, that’s exactly what I did… though I can't recall what film or television show it was from.

My next order of business would be to tempt the fates and see if I could drive my (at that time) burgundy '89 Ford Thunderbird onto the lot. I figured that I be pushing it too far by trying to cruise through the front gate, so I drove to the Barham Blvd. gate on the South East side of the studio and sure enough... the showcard worked. I barely even slowed down. The arm went up and on I went. I took a celebratory drive through all the places on the 420 acre lot I had had to walk to before and then I searched for a parking space.

Next, I made it my mission to find a job. I knew that Spielberg was in production on a television series on the lot... a new sci-fi series called SeaQuest DSV. I quickly found out (through a quick search of my trusty Tuesday edition of the Hollywood Reporter) that the series starred none other than "Chief Brody" himself, Roy Scheider. As a huge Spielberg fan, and of course Jaws fan, I decided right then and there that SeaQuest would be my first job in the industry... But what could I do? I barely knew anything about on-set jobs. It had seemed in the past that there weren't many young people running around on sets. No matter, I thought... “I'll figure it out.”

I walked around the lot for a while until I came upon the historical Phantom of the Opera stage (Stage 28) - where, back in 1925, 10 years after Universal was founded, Lon Chaney had taken on the classic role of 'The Phantom,' (and where a portion of that classic film set still stands... now the home to a family of raccoons). 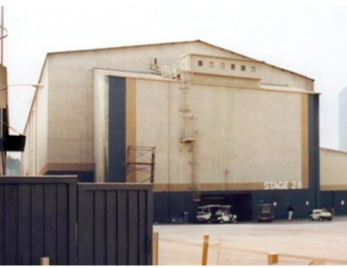 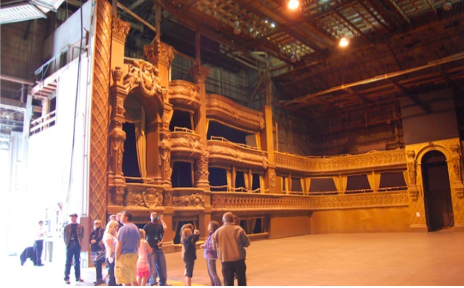 Today, when you stand in line for the attractions on the lower lot of the studio tour, you are directly in front of Stage 28.

28 was the home of the Con set or Control Room of the SeaQuest... The 'DSV' in the title stood for 'Deep Submergence Vehicle.'

The show actually occupied (at one point) as many as 7 stages on the lot. The sets, I would later find out were enormous. Engine rooms, Science rooms complete with tanks of actual sea life... amazing.

But it would be quite some time before I'd see any of it... Almost three months to be exact... and a bit longer before I'd get my first industry job...(to be continued).

Stay tuned tomorrow as we bring you Part II of How I Got Started as Shaun brings you the magical moment where he got hired and it changed his life forever.

Like this blog post? Please share it on social media (Facebook, Twitter, LinkedIn, email etc) by using our social media buttons at the top of the blog. Or post to your personal blog and anywhere else you feel appropriate. Thank you. As always, Shaun is available for remarks and questions in the Comments section below! 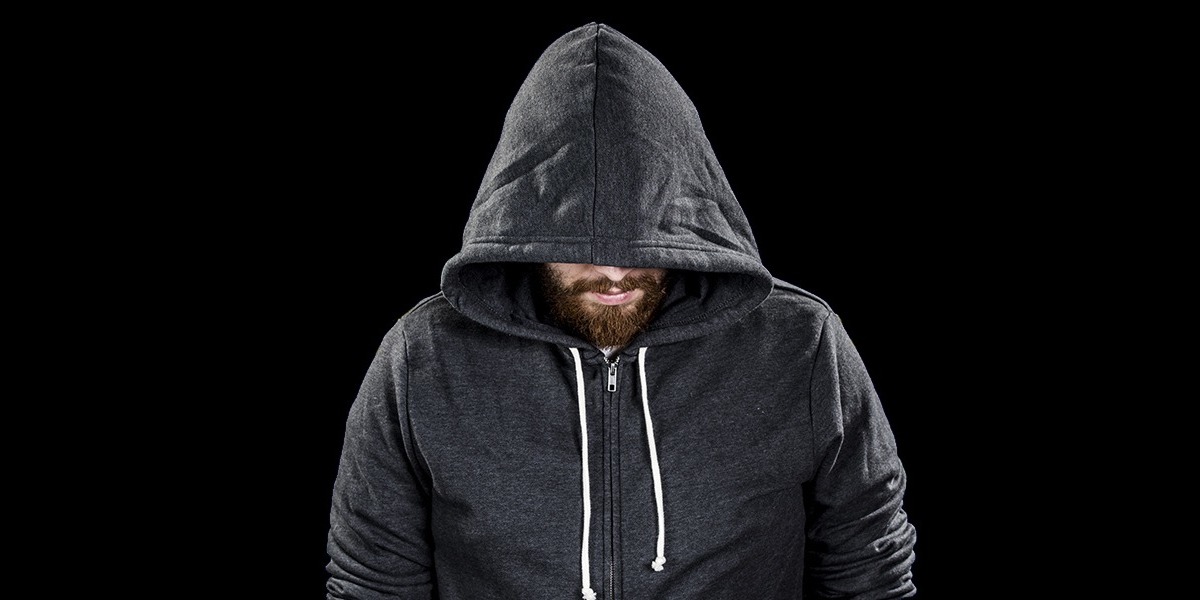