I Have a Secret. I Write Screenplays.

Posted 7 years ago by Eoin O'Sullivan 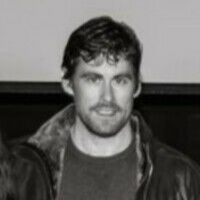 Below, Eoin shares his story about how he created his award winning short, An Bean Sidhe, which started all from a connection he made on Stage 32. Starting with no screenwriting experience, it was with determination, networking and collaboration that Eoin was able to make his vision a reality. Along the way he lets us in on his experience of dealing with the opinions of family and friends regarding his chosen creative path, what triggered his inspiration, and what his barista's cat was up to at the time...Yes, I told you it would be entertaining.

I thank Eoin for his contribution to the Stage 32 Blog, and I invite all of you to express your thoughts and opinions in the Comments section below.

RB
I have a secret. I write screenplays. There, I said it. It feels good to get that out in the open.

If you live across the pond in the States, that sentiment might seem strange. After all, coffee shops are chock full of people hammering away at their latest screenplay. Even the barista and unbeknownst to him his cat Twinkles are all working on the next spec to crack Hollywood.

Over here in Ireland, it’s a little different. Divulging that you write screenplays in not something you do in polite company. It will earn you an eye roll or the look people reserve for politicians and anyone associated with Irish Water (you may want to check that one out!). 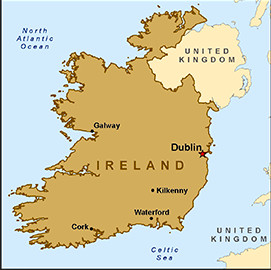 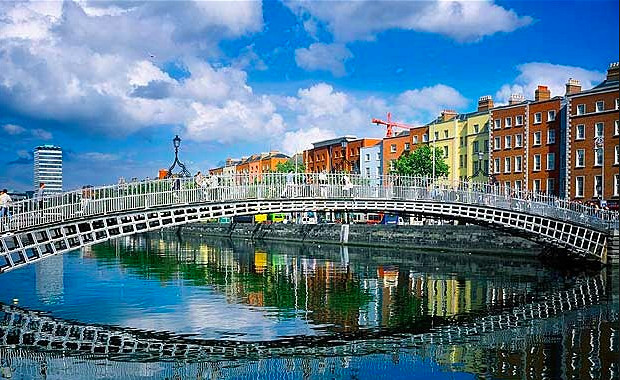 Only recently I came out to family. Well, actually,  I was outed, by my wife. She told them over dinner that I’d won an award for a short script. They revealed that they had their suspicions for some time. All those hours alone in my room with a laptop. They knew I was up to something. My brother quipped, "So how many people entered the competition, just you?". Yes, they’re very supportive. At least they do comedy better than me.

I never fancied myself as a writer. It’s not something I have ever consciously pondered over and thought, ‘Yeah, I could do that’. I don’t read that many novels, I’d prefer to watch Discovery than a series on TV. But an incredible historical article in a magazine changed all that. It was the most compelling and intriguing story I’d ever read, that I thought this HAS to be made into a film. Cue, the journey of learning how to write a screenplay. 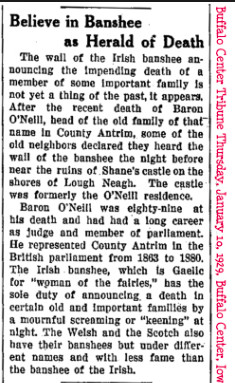 I have been told numerous times that this period based drama will never be made, ‘That’s not what sells!’, and ‘Look at the market, it’s comedy and horror!’. I knew comedy wasn’t my thing and horror? The appeal of writing a cliché filled slasher gore script didn’t do much for me. But I had to sink my teeth in somewhere. So I started thinking about the kind of horror I did like. I made a list. It was larger than I expected and there was somewhat of a common thread. The type of horrors I liked were psychological dramas. This was starting to get me excited.

‘An Bean Sidhe’ (yes, I know you’re struggling to pronounce it, so lets call it The Banshee) is a horror short about the mythical Banshee, who foretells the death of specific Irish families with a chilling scream. They say write about what you know and if you’re writing about something you better know it. No, I don’t know any Banshee, but, I was told about a guy back in circa 1960 who terrified a village by playing a violin bow on a telephone line and everyone was convinced it was the aforementioned creature of lore. Of course, he was found out. 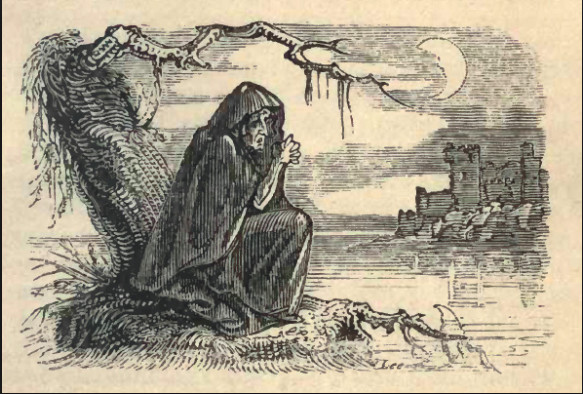 I found that whole idea fascinating. The only way he could possibly pull that prank off, is if people really believed such a creature existed. Truth versus belief. So I decided to explore that idea in a short.

On November 6th, my horror short, ‘An Bean Sidhe’, gets its cast and crew screening at the Theatre Royal in Waterford. It’s the fruition of many months' work and it all started right here, on Stage 32, when producer Amy Kirwan of New Aims Productions contacted me about the script. I drove down to meet her at her office in Waterford, Ireland and she convinced me that she was the person to get this made. The coffee and homemade cupcakes did sway things slightly in her favour. 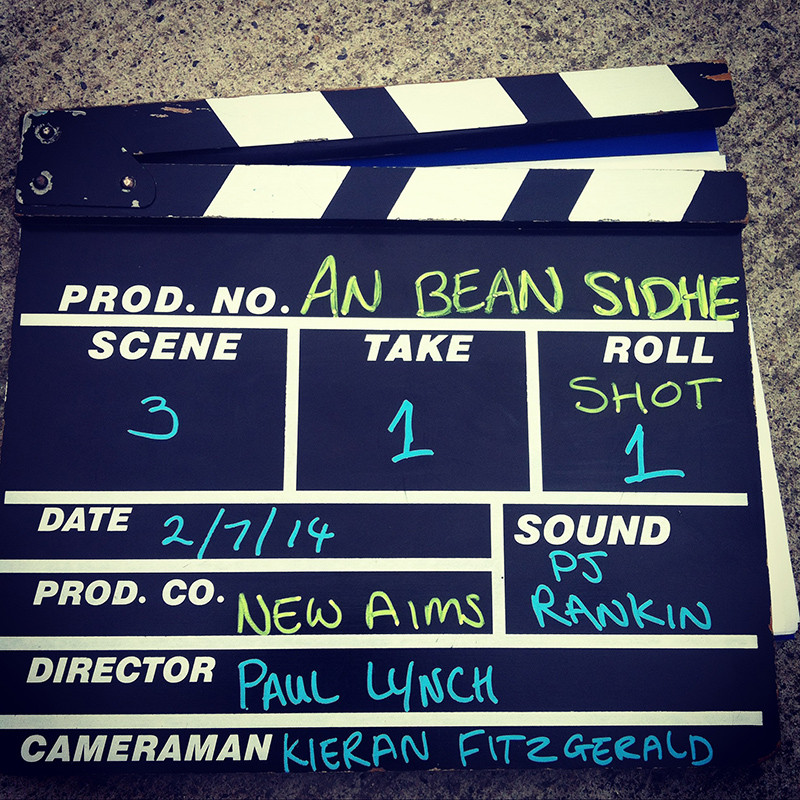 Amy introduced me to award winning director Paul Lynch, also a member of this site. Paul was incredibly enthusiastic about the project and both he and Amy had a very definite vision of what they wanted to achieve. From the outset, I felt very involved in the whole process in bringing the story from page to screen. There may be a great deal of comfort in just handing a script over and washing yours hands of it, but the flip side in being involved is that you learn more about the industry and its requirements, from the producer and directors point of view.

My advice to any writers out there looking to get their work produced is to be proactive. I can’t stress enough, how important is it to use all the channels at your disposal to network and interact with as many people in the industry as possible. Many writers with incredible scripts, sit back and imagine that they will be ‘found’ or focus their energy on landing an agent. That may well happen, given enough time. But why wait? Go out there and make it happen for yourself! 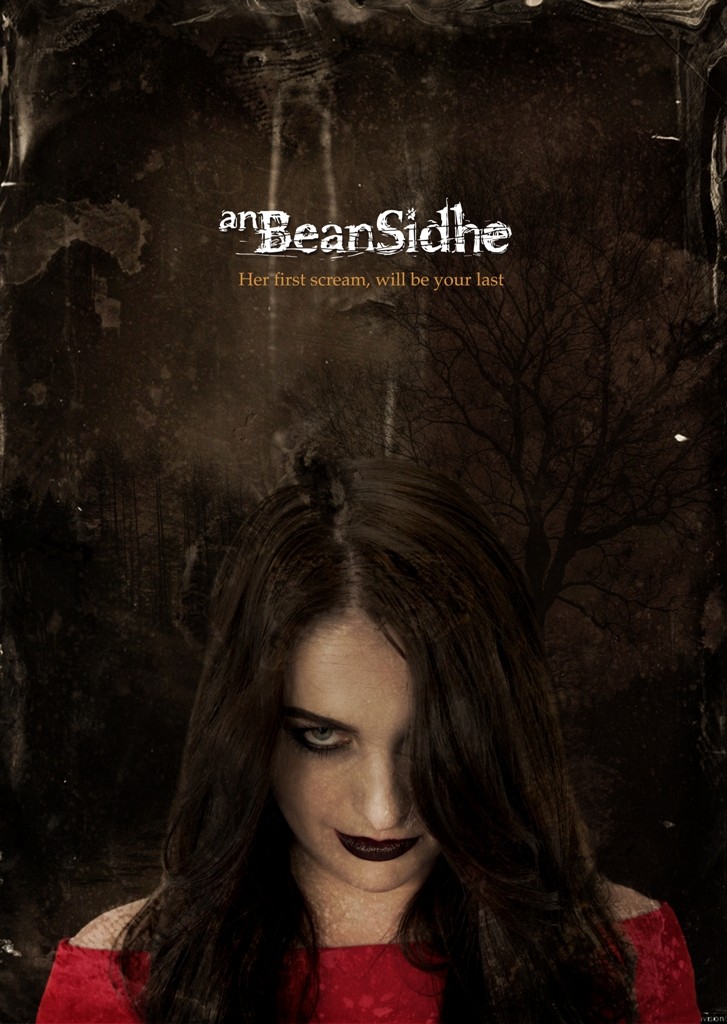 Poster for An Bean Sidhe

Don’t dismiss the power of a short. Writing a short is a great way of learning about the craft of screenwriting. It also offers a test bed for a feature idea and  is an excellent way to get your work produced.

I’ve just finished the first draft of a feature with Paul Lynch. I recommend every writer collaborate at some point in their life. You’d be amazed at how much you can learn. We spent a few weeks throwing out ideas for the story. Numerous phone calls, Skype sessions and a weekend sipping pints, talking films and in between, outlining. I think of writing as a problem solving exercise, the solution is, the images best suited to showing your story. The actual physical act of typing is just transcribing the screenwriting problem you have solved. And yes, it’s an iterative process!

Eoin on set of An Bean Sidhe
Not only have I made two contacts from Stage 32, I have also made two great friends. So, what are you waiting for? Never at any point in history have there been so many resources available to screenwriters and anyone in the film industry. Make a connection, put your work out there for all to see and in a few short months you could be sitting back as the lights dim, soundtrack booms and you’re looking at your film on screen.
Like this blog post? Please share it on social media (Facebook, Twitter, LinkedIn, email etc) by using our social media buttons at the top of the blog. Or post to your personal blog and anywhere else you feel appropriate. Thank you. As always, Eoin is available for remarks and questions in the Comments section below! 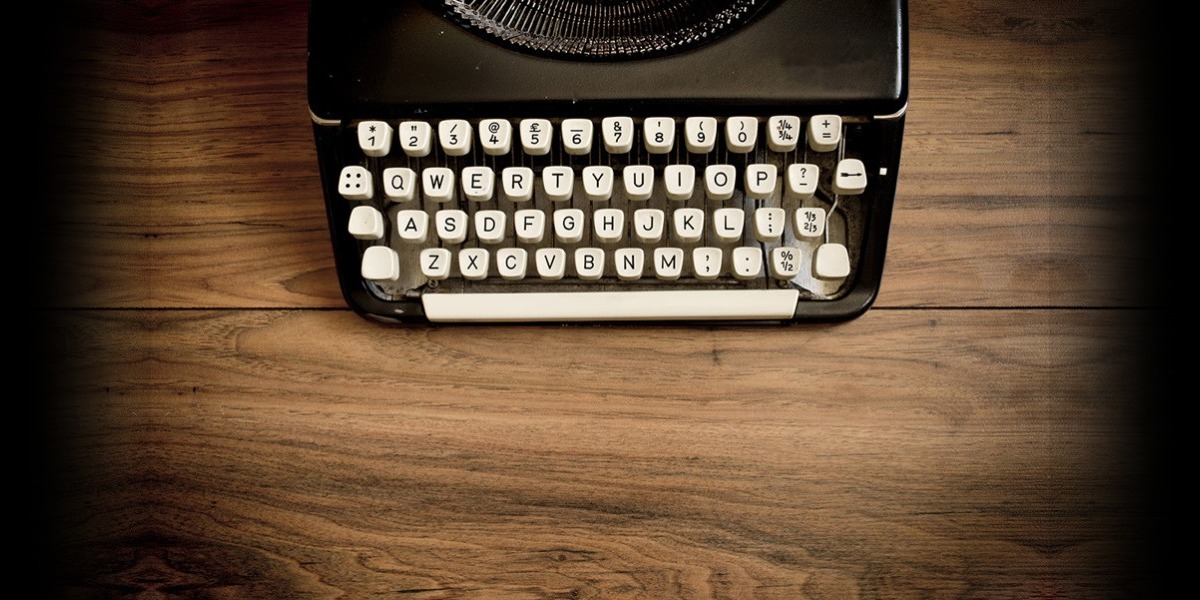