I Wasn’t An Actor When This Thing Started - My Journey

Posted 5 years ago by Dan Jablons

Today's guest blogger, Dan Jablons, is proof positive that when you realize you are meant to be a creative, nothing stops you, not even a full time business executive job. Having jumped at the chance to audition for, shall we say, a "unique" national commercial, the acting bug bit Dan and he never looked back. Soon, he found himself on set with Larry David showcasing his improv chops.

Below, Dan shares his hilarious journey and how he realized that, as an actor, you can never take yourself seriously, and you should seize every opportunity no matter how "unique" it is.

I’m not like most actors that you hear about or read about. I wasn’t born with the burning desire to perform. I have no stories of sitting in the dark theater, being hit by some divine lightning bolt that told me that this was my purpose, etc. For me, it just didn’t happen that way.

I grew up on Long Island in New York, and although my parents were great supporters of the arts, there was never a moment that they thought I would choose that as a profession. Sure, they encouraged me to take violin lessons in school (I was pretty good, but somewhere around junior high school I figured out that playing the guitar had a much higher “cool value” than the violin). They came to every show or performance I did, but they never thought that would be a career choice I would make. Neither did I. I assumed, like every other kid in my neighborhood, that it was too difficult, too risky, and too dangerous to work in the arts. It would be far better to become an executive in some firm with a steady income, health insurance, fancy vacations, etc. In those days, I used to fantasize about having lots of employees, lots of power, and I thought that anyone who was mean to me in high school would come to my office and beg forgiveness. Like I said, it was a high school fantasy. Don’t judge me.

I attended college at Ohio State University, as expected. I studied business administration there, as expected. I took all the expected courses, and even rolled my eyes in disgust when I had to take a few humanities courses. I dropped out of Theater 101 because I didn’t want to be around all the other actors.

So you can see, I wasn’t an actor when this whole thing started. And then I saw a performance of an improv troupe in New York called Interplay. I watched them create theater pieces on the spot, without scripts. They were funny. They were cool. It was the first time I thought, “Hey, I could do that, and it would be fun!” 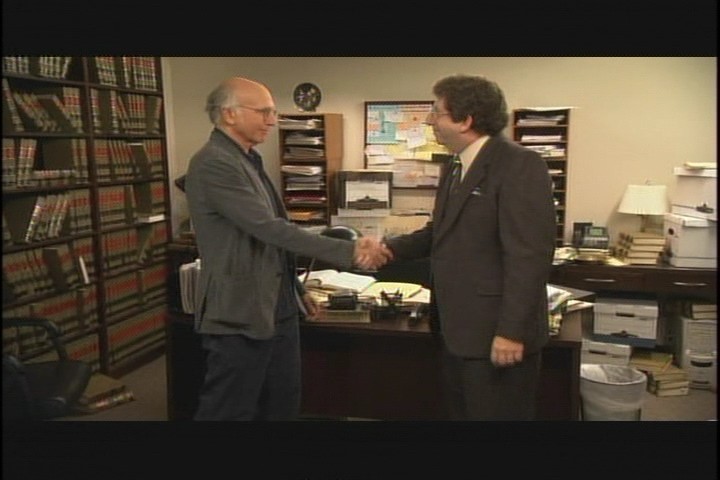 So I began studying at the National Improvisational Theater, which was just getting started in Chelsea. And unlike the other students there, I was brand new to this entire field of study. I didn’t know the playwrights. I wasn’t up on what was currently on Broadway. I didn’t know film or television directors, actors, etc. I was just a guy with a decent sense of humor who discovered a whole new world.

It may have been to my advantage that I hadn’t had the same experiences as most of the people around me. I hadn’t been polluted or damaged by bad acting schools or demonic acting teachers who sought to “break you down and build you up” or anything crazy like that. These were playful people who just wanted to have fun on stage, make people laugh, and play great music. It was a life changing experience for me. It was hard work, but it was also a ton of fun.

Over the next decade, I studied hard. I took every opportunity to perform, and at the same time I became part of the executive team at the National Improvisational Theater. I had some success selling our programs to the NY City school system, and I helped to develop programs there. I wrote my first play. I collaborated on the development of improvised one-act plays and other long form improv pieces that stretched the art form to a new level. It was my own personal Renaissance period, but without the frilly costumes. 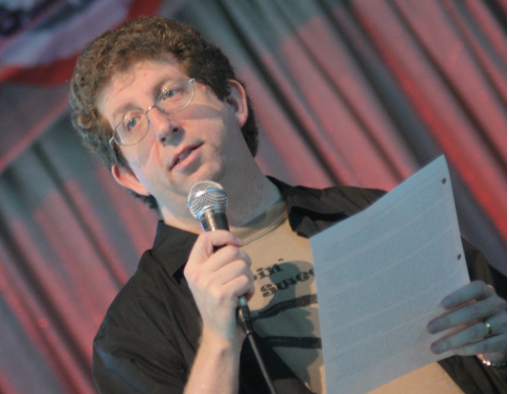 Don’t get me wrong, I still held on to my business skills and acumen. I began living two lives - one as a businessman who understood the world of retail, computers, and customer service, and another who acted, sang, wrote, and directed. As complicated as that can be (scheduling, for example, is a complete nightmare, and my calendar was often like a Rubik’s cube that constantly changes colors), it is also extremely rewarding, and I find that one side does an excellent job of balancing the other. My business prowess enables me to understand more of how the acting profession works, the economic variables that drive it, and the importance of marketing to enable me to do what I do. And my acting enables me to be creative in my approach to my business consulting, to speak well in front of groups, and to get others to have fun even during the toughest of business cycles. 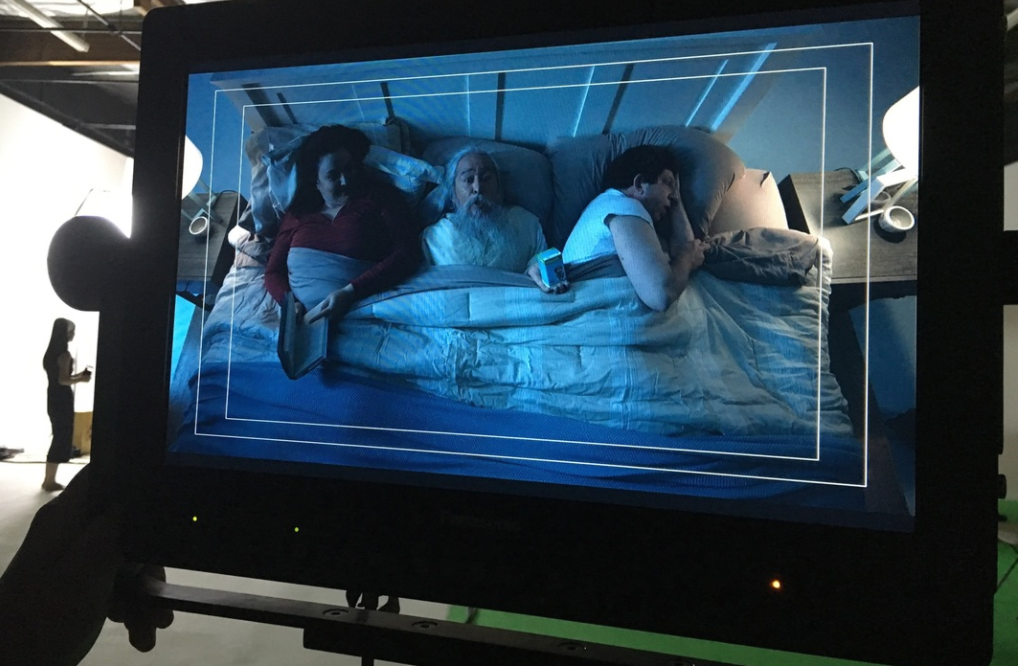 Like anyone who has done this for a number of years, I have lots of crazy stories about this profession. I thought I’d share one of my favorite audition stories, and let me start by saying every word of this is 100% true and as it happened.

I was called in to read for a part in a commercial for a product that helped relieve stomach problems. The spot was pretty simple - a bunch of us guys were all going to play a variety of stomach ailments who were standing around a nice young woman in an elevator. I was reading for the roll of Constipation. What a dream! Constipation! Isn’t that what all the years of acting school, all the years of study were for? King Lear by damned, I was going to be Constipation! 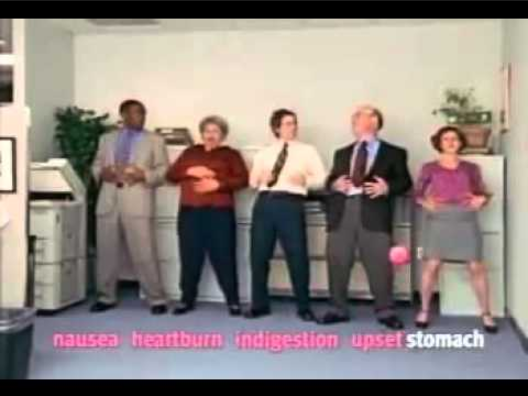 I guess the lesson I learned from all of this, and from all my experiences in theater, film, TV, and commercials, is simply this. I take none of it seriously. We all jumped into this profession because it’s fun to do. Sure, it’s rewarding, it’s got phenomenal reach into our culture and society, and the potential for financial gain is unlike most professions. But at the end of the day, it’s fun, and we should always have fun doing it. If there is one thing I learned in improv (besides how to have fun), it was to have certainty regarding my artistic abilities, so that no matter what happens on set or during an audition, I retain my confidence and my composure. If you’re not certain of who you are and what you do, the artistic world can be a scary place. Of course I recommend great improv training to get there, but I suppose there are other ways. The key is to enjoy what you are doing and know that you are doing it well.

Today, I continue to pursue both careers. My business consulting business has grown considerably (although I suspect that most of you reading this probably are not so interested in that), largely due to my acting and creative abilities. My acting career has also never been stronger. I was in an episode of Curb Your Enthusiasm (I played Larry’s lawyer), and in the past few weeks I shot 3 commercials. I still work hard to balance my schedule, but it’s a fun, fulfilling life that I would never want to change. I wasn’t an actor when this thing started, but I have become one and I have never looked back. 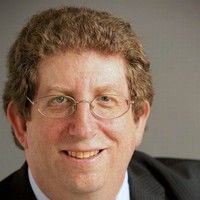 I started in improvisational theater in the 1980's in NYC at the National Improvisational Theater. Since then, I have performed all over the world, and my most recent credits include Curb Your Enthusiasm and several national commercials for Lil Caesars, Crest, Samsung, and Microsoft. I am also a musician and a writer, and my plays have been produced on both coasts. 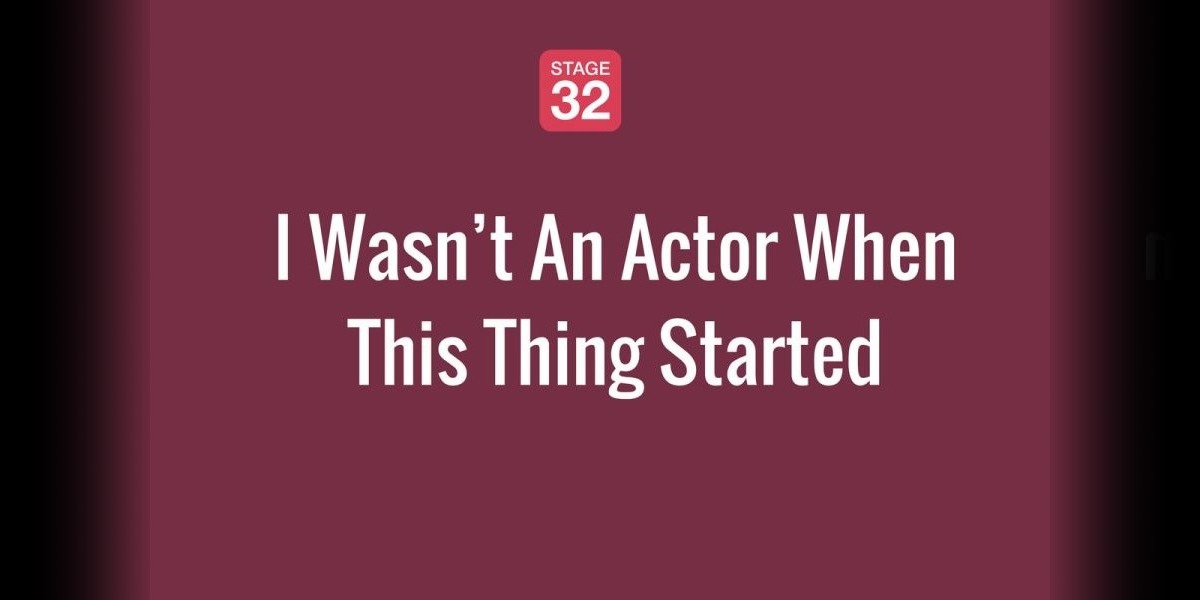