Posted 2 months ago by Gary Goldstein 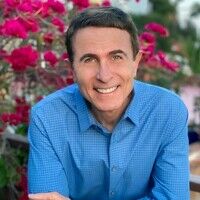 I’ve loved movies since I was a kid but I’ve also loved books. When I decided to become a writer after an early career as a film publicist, I chose screenwriting, not novel writing. Why? Well, for starters, it seemed like a more possible and immediate way to make something happen, get a toehold in a new business, find some level of creative fulfillment and--maybe (big maybe)--make a living.

I had some friends who worked in the TV world who recommended I start writing TV spec scripts and parlay them into freelance assignments--which I eventually did. So even though I imagined that I’d start off writing movies, I found a place for myself in episodic TV and the encouragement to continue. That novel, if I ever wrote one, would have to wait.

And wait it did. For several decades actually, through a busy, twisty and gratifying career writing TV, then feature films, with an expansion into stage plays, teaching screenwriting, and a happily enduring segue into the world of TV movies. Oh, and an ongoing gig as a freelance film journalist.

It wasn’t reinvention but rather expansion, with each new discipline broadening, deepening and informing my writing experience and abilities. Sometimes you go where the work is, other times you need to create those opportunities. And, despite the bumps in the road, it’s been a gas. I’m incredibly lucky to be a writer. OKAY, COOL, BUT WHAT ABOUT THAT NOVEL?

Well, one day, I finally wrote it: an L.A.-set romantic comedy about, of all things, a screenwriter at a life crossroads called The Last Birthday Party. It was published in August.

The book proved to be one of my most joyous writing experiences and I learned a ton--some of which I’d like to share. So allow me to answer a few questions I’m guessing you may already have.

Of course you do. You need a story, natch, and compelling characters, a relatable and involving situation, physical and emotional complications, a theme, a genre or classification (underline this one!), an overall vision--basically, the many boxes you would tick off to get set to write a screenplay or teleplay.

BUT WHAT ABOUT STRUCTURE? SEEMS SCARY.

Not to worry. You can essentially approach your book’s story as you would your screenplay: create the equivalent of a three-act structure including a major turn at the end of what would be your first act, a plot-altering acceleration at the novel’s midpoint, the low point about three-quarters in and a final “battle” or resolution at the end. Add an epilogue? Your choice.

Color inside the lines to start then shake things up as needed to make the story--and the storytelling--your own. Just be sure, as you would in your screenplay, to draw the reader in from the get go through the point of view of your main character. Give them a clear and alluring voice. Send them on a memorable journey. Review of My Book from the Author of "A Dog's Purpose"

SOUNDS GOOD, BUT I’M TOO BUSY WRITING SCRIPTS, I COULDN’T POSSIBLY WRITE A BOOK. WHO HAS THAT KIND OF TIME?

Depending on your screenwriting schedule, particularly if you’re on a TV staff or under a strict deadline, you may not have the time--right now. But for most writers, there’s more flexibility than we often think.

At the end of 2019, a writer I follow on Twitter posted advice to the effect of “If you’re a screenwriter who’s always wanted to write a novel but don’t think you have the time, think of it this way: If you wrote a page a day, by the end of the year--or maybe even sooner--you will have finished your first draft.”

Hmm, I thought. That’s not such a, well, novel idea. Yet it made so much sense that I decided to take the challenge. And, during the first few days of January 2020, I began to write my first novel. It would become “The Last Birthday Party.”

I put one foot in front of the other, wrote at least a page a day, but generally more (though sometimes even a single page can take a lot of time), and by July 1st had a 98,000-word first draft. And you know what? It was surprisingly good. Too long, not always punctuated and formatted exactly right, and it needed some narrative honing. But it was definitely worth moving forward with.

I spent a month editing and reworking the manuscript and then hired a professional book editor to clean and polish it and get it ready for the outside world. RIGHT, BUT EVEN IF I FINISH A NOVEL, WHAT CAN I DO WITH IT? I HAVE NO BOOK CONNECTIONS AND MY LIT AGENT ONLY HANDLES SCRIPTS.

Don’t let that stop you. As a very smart person once told me, “You don’t need a representative, you need a representable product.” And, like in the script world, a showable and saleable piece of work will find its place. It may take time and it may not happen quite how you expect, but there are many roads in to book agents and publishers that are open to you--once you have the finished goods.

Not every submission requires an agent, though it’s recommended when contacting the larger publishing houses. (Think submitting your first screenplay directly to, say, Netflix without a producer or an agent/manager attached. You can try it but it’ll likely get lost in the shuffle.)

Still, smaller/indie publishers often accept unsolicited manuscripts, plus you have the option of self-publishing as well as a relatively newer approach called hybrid publishing. Research it all online when you’re ready. But first things first: write that book! YOU’RE STARTING TO CONVINCE ME, BUT WHAT ELSE CAN I DO TO PREPARE TO WRITE MY NOVEL? TO GIVE MYSELF THAT EXTRA PUSH?

Read books! In the way that we watch movies or TV shows that are similar to a script we may be planning or writing to help focus and inspire us, the same holds true for novels.

Hopefully, you have a love for reading and books, which is one of the things that’s motivating you to go the author route yourself. If so, you probably have preferred types of books--historical novels, contemporary fiction, mysteries, true crime, family sagas and so on--and will likely want to write in your favorite genre, at least your first time out of the gate.

Before you even begin to put pen to paper (or, more likely, fingertips to keys!), read a few recent, well-received books in your chosen category that will help jump start your ambition to write your own. The desired reaction should be “I have to do that!” “OMG, I forgot how much I love books!” or even “I can totally do better than that!” (blind optimism is nothing if not half the battle).

Then go off and start making notes about the story you’re going to turn into your debut novel. My Dog Betty with My Book

WHAT IF I WANT TO WRITE A BOOK BUT REALIZE I DON’T REALLY HAVE A STORY I WANT TO TELL?

ANY FINAL WORDS OF WISDOM, OH PUBLISHED ONE?

It shouldn’t be your primary reason to write a novel, but, let’s face it, in these content-heavy days it doesn’t hurt a screenwriter to have their own IP to present when trying to move a film or TV project forward. It goes without saying: Good luck! But most importantly, enjoy the journey. I know I sure did. Gary Goldstein writes for film, TV and the stage, and is now a first-time novelist. He has written more than 15 produced TV movies plus the indie feature films “If You Only Knew,” “Politics of Love” and “Mr. 365.” He has also sold half-hour pilots to NBC and Warner Bros TV.

He was most recently represented on the L.A. stage with the World Premiere of his acclaimed three-sisters dramedy "April, May & June," produced by Theatre 40 of Beverly Hills.

Gary is also a contributing film reviewer and feature writer for the Los Angeles Times. His first novel, the L.A.-set romantic comedy “The Last Birthday Party,” was published August 2021 by Hadleigh House. His second novel, “The Mother I Never Had,” will be published next fall.

Read more about “The Last Birthday Party”: www.GaryGoldsteinLA.com/book and at https://amzn.to/3ElYC38 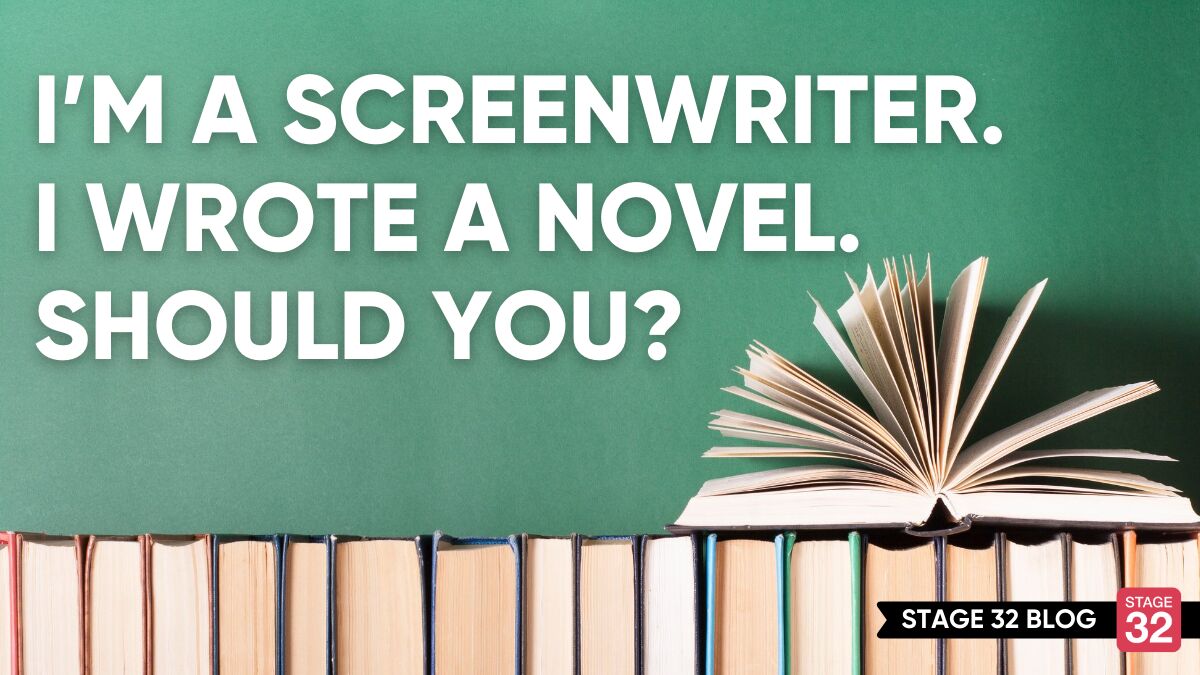