It's Never Too Late To Chase Your Dream

Posted 5 years ago by Mary Dallas 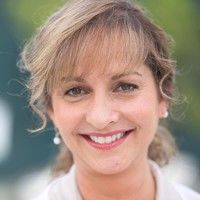 How did this happen? How did I get here? I still pinch myself from time to time. Not to sound cliché, but the true description of my life today is, surreal. I am an actress.

Three and a half years ago, I was a restaurant owner/manager. I have always been creative, but I never knew how to express my creativity. I was always different and was continuously told how different I was...

"You talk too much!" and "You're such a drama queen!" are just a few of the comments that were thrown at me. I found it difficult to fit in anywhere.....Until one day, I discovered I could act.

Allow me to elaborate....I always dreamed of working in the entertainment industry, but I didn't think I had enough self-confidence, until a regular customer, at my restaurant, asked me to run lines with her for a commercial.

The reading went famously and she asked me if I had ever considered taking acting lessons. The wheels in my little brain began to turn....I thought to myself, "That was way too easy....and FUN!" and "I'm a natural!" It was an epiphany.

I knew this was my true calling and that nothing/no one would stop me now! I was a woman on a mission! A mission to become the greatest actress in the world!! A little over zealous, wouldn't you say? That was my first mistake. There is no such thing as a 'natural' actor/actress.

You may have natural ability, but that doesn't mean your work stops there. Just like a doctor, athlete, lawyer...etc. You have to keep up with new techniques, trends, and forever fine-tuning your gift. The training never ends. The more you train, the better, more confident you become. It's simple math.

Wanting to become an actor and being an actor, are two very different things. If you want to be an actor to become rich and famous, you come across as anxious, unprepared and unprofessional. If you HAVE to act because you will die if you don't (slight exaggeration), then you ARE an actor.

My 'epiphany' happened very late in life. At age 48 to be exact and I knew that my journey would be an uphill climb....Everyone in my life laughed hysterically when I announced my plan to pursue an acting career.

I got comments like, "What? Are you crazy?!" and, "No one EVER makes it!" all the way down to, "You're an idiot!" that one really hurt....But none of that negativity deterred me because I watched several of my dear friends go after their goals despite unimaginable obstacles. My ex-sister-in-law, for example, moved to the United states from Germany with her two young children and became a veterinarian, while struggling to make ends meet and fighting to become a United States citizen. She succeeded on all fronts! What an inspiration!

I handled the negativity by internalizing it. I said to myself, "I'll show you!!" and that attitude gave me wings! I also stopped confiding in them....the negative ones....That was the best decision that I have ever made. I was on my way....

Now, let's get down to the brass tacks, shall we? In order to reach the top of a ladder, you have to start at the bottom. The proverbial 'first step' if you will. I asked questions, I did my research, I followed the careers of the actors that I respected, I LISTENED. I was advised, from a very successful actor, to do background gigs and get familiar with life on a professional set - And so it begins....

My very first background gig was as an audience member on a very popular TV show. It was excruciatingly painful. We (myself and 500 other extras) were treated like cattle. I accidentally ended up in the wrong tent and the PA announced my faux pas over the loud speaker. I was humiliated. He said, "IF YOU ARE AN EXTRA, YOU ARE IN THE WRONG TENT!! PLEASE LEAVE IMMEDIATELY!" while looking directly at me!

I was ready to run to my car, drive away and never look back. I guess this young guy noticed the tears welling up in my eyes and came over, sat down next to me, put his arm around me and said, "First time, huh?" I said, "Is it that obvious?" and he answered with a very polite, "yes." He was my knight in shining armor! My savior! I would be proud to call that boy my son! I stayed.

I chatted, laughed, exchanged future plans and bonded with my new friend (he is a successful musician today). I started to feel more relaxed and even though we put in 15 hours, got yelled at and waited in the rain to get our vouchers, I was glad I didn't bail.

I continued to book background gigs for about a year and a half until one day, I got a call from the office asking me if I would consider doing a rap music video....I thought, "What? A little old lady like me? In a rap music video? Seriously??" I accepted because he was so secretive about it and I was very curious...

When I arrived on the set (someone's backyard in Van Nuys), I was treated like a queen! I was very confused....Especially when I was sent to wardrobe AND makeup/hair! WHAT??! OMG!! I thought, "Wow. They treat extras like royalty around here!" They put me in an outfit that was two sizes too small, super short (you could see my underwear when I sat down!) and not very age appropriate. Hmmmm.

The cast consisted of 10 pool grandmas, four hoodlums, a set of twins and 'the weathered woman'....That was me. It's politically incorrect to put, 'trailer trash' as a character description, but there I was, in a skanky outfit, at a BBQ with people from all walks of life, making out with a rapper!

Wait...I'm getting a little ahead of myself....

I was sitting on a bench, thinking I was just going to be in the background when, the PA came over to me and said, "Mary, you're needed in the front yard." I was like, "Okay", but my brain was like, "WHAT?!" So I headed over to the front yard where the artist (famous rapper) described the scene that I'm about to be in, BY MYSELF! OMG! I was terrified! My knees were shaking so bad, I had to keep shifting my body from leg to leg....

I did the scene in only two takes! They were talking about me as if I were a professional actress. I couldn't bear the thought of telling them the truth.....*wink wink*. After my first 'acting' debut, the artist came back over to me and asked, "Mary, how would you feel about doing a make-out scene?" I answered, "As long as it's not with a pool grandma, I'm game!" He was very sweet. The scene went off without a hitch and I was referred to as 'the-two-take-wonder'. That was an amazing day!

After my rap video experience, I vowed to never be unprepared again. So, I enrolled in acting class, had my headshot taken, put together a resume and joined several actor websites. I didn't know this, but you can list the skills that you study in class on your resume. For example: Scene Study/comedy/improv/drama/commercial skills, etc. Pretty cool, huh?

I'm not going to lie and tell you it wasn't scary, because it was scary as hell, but I wouldn't give up. I wanted to quit a few times, but I couldn't give up. Win, lose, or draw, this was (is) my life now. I can't be anything else.

My first audition was a disaster! I tanked miserably! As soon as I got to my car, I began sobbing like a schoolgirl! It was pathetic....I called my acting instructor and through my tears, I told him, "I can't do this!! I suck!!" He gently calmed me down and informed me that almost all aspiring actors go through this.....I was floored.

Needless to say, the next 150 auditions were mediocre at best....Until I stopped trying to be what I thought the casting director wanted and started being ME.

After I realized that no one can do ME better than ME, my auditions improved drastically! I actually felt comfortable enough to go a little crazy with my character! I was relaxed, professional and engaging. I made bold choices and rather than looking at the casting director as 'the enemy', I looked at him/her as my friend! They want us to be great. We're all in this together. I began booking more roles and my confidence level soared! Not too high though....We must remain grounded and humble.

Don't get me wrong, I still tank in the audition room every once in a while, but that's ok. You leave the room with dignity, get into your car, tell yourself, "It's ok. You learned a lesson. You'll do better next time!" and put that experience behind you.

Do not dwell on it unless it's to make improvements because dwelling on a bad audition can and will, derail your career. Remember, we are human and humans make mistakes.

Today, I have 350 auditions under my belt, booked around 18 roles, including a stint on stage in an amazing theatrical production, made wonderful, lasting friendships and I feel as though I actually fit in somewhere...... and that 'somewhere' is pretty darn cool!

Mary is an actress from Mentone, Ca. She began her career doing background work, which led to a co-starring role in Macklemore & Ryan Lewis' "White Walls" video. She caught the acting bug and started taking acting classes. I've since acquired a manager and have been on close to 100 auditions in less than a year and a half.

Mary booked many roles including, three short films, two music videos, two TV shows, a documentary and three feature films. She has played a ghost, a mother/wife, a Greek relief nurse, an Italian woman, a Jewish mom, a detective, an ex-flower child therapist, a teacher and a woman possessed by a demon.

She also has teleprompter experience and is very comfortable speaking and entertaining large audiences. 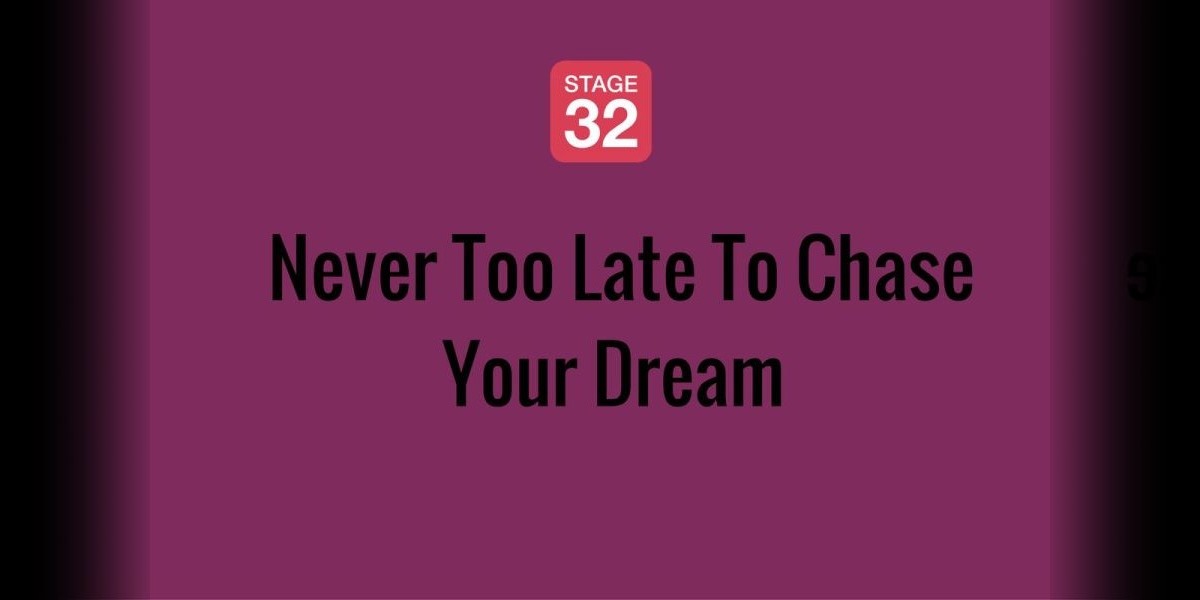