Memoirs of a Wrinkly Actor

Posted 7 years ago by Bryan Samson 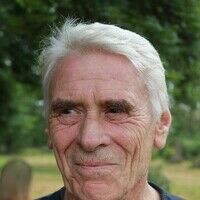 Today's guest blogger, Bryan Samson, grew up in Leeds, West Yorkshire, before the birth of television with dreams of playing football for Leeds United (at the age of 9) and becoming an actor when he ‘grew up’. Bryan made his first appearance on the stage at age 10, but the realities of life meant his acting dreams would have to be put on hold. Instead, Brian went to university and then into the workforce. The pursuit of an acting career, however, was never far from the front of his mind.

Some 50 years later, Bryan found himself on the set of Guy Ritchie's Sherlock Holmes acting alongside Robert Downey Jr.

Now the pursuit to take his career to the next level is in full swing - the passion, desire, and will all in overdrive.

Bryan's latest dream is to make it to Hollywood. I wouldn't bet against him.

Bryan's journey is proof that you're never too old (or wrinkly!) to do what you love, and that some dreams, especially those creative ones, are worth fighting for.

So where do I begin? Believe it or not I have memories from the age of three or four (does this mean I am getting Alzheimer’s?). I was in the Public dispensary in Leeds having my adenoids seen to and remember being put on a trolley and asking ‘Where are we going?’ The porter wheeling me responded with ‘To the theatre’ to which I replied ‘What’s on?’

So there must have been some early desire to tread the boards, although I didn’t realise as much at the time. In those days repertory theatre was prevalent in most large and small towns, and at the age of 10 my mother would take me to the Theatre Royal in Leeds to see the Court Players every Monday night (2 for the price of 1 on a Monday), and so my love of acting began.

My father dissuaded me from an acting career, which I was keen to follow when I left school, and consequently I went to University to study chemistry, and the necessity to earn a living gave precedent to any notions of being an actor. I think I was about 40 when I was asked if I would like to join an amateur dramatic society, and feeling I had some time to spare decided to give it a go, being offered a smallish part in Cat Among the Pigeons. This then led to leading parts in a series of Philip King plays over the next few years until once again the time commitment became impossible to continue, and the birth of my daughter left even less time. 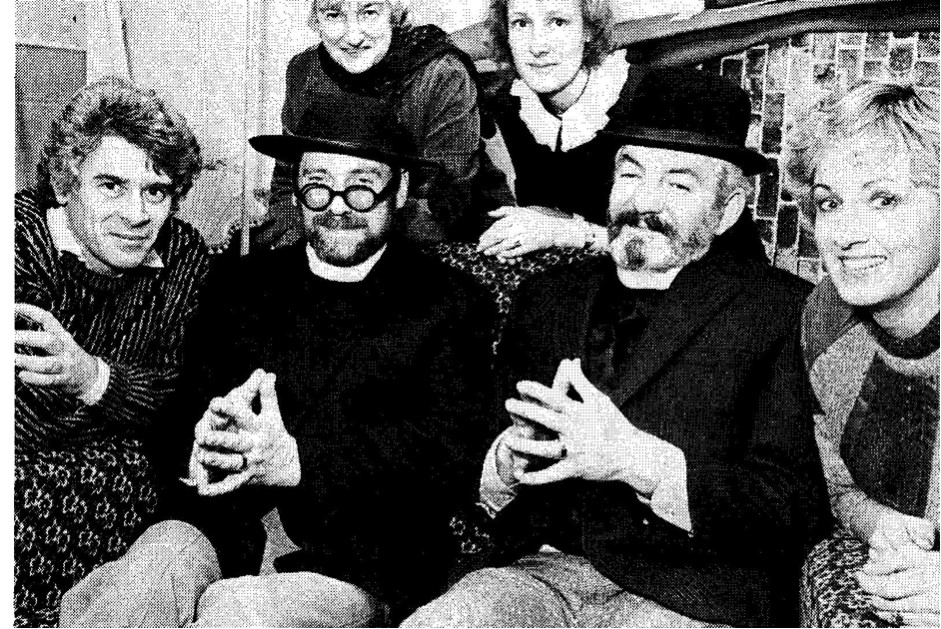 Bryan, on the left, with his amateur dramatic society

My daughter as a child used to love a bedtime story and always insisted I made them up after we had exhausted Peter Rabbit, Roald Dahl etc. so I created the Magic Wood which she still remembers fondly today along with the Shakespeare comedies I used to read to her when I was devoid of ideas. She too had the acting bug from the age of 7 or 8 and I will never forget her first performance on stage at her school York College. They did the Wizard of Oz and she was the wicked witch. After 20 minutes the audience were getting a little restless as the performance was a little turgid but then the wicked witch came on stage and the audience were soon hissing and booing and enjoying the evening. I have never personally been praised as much as my daughter was for this performance and it’s a memory that will never leave me. It was no surprise when at 16 my daughter asked me if I would mind if instead of going to University she could try to get into drama school. There was no way I was going to offer the same advice as my father gave me and just told her it was her life and she should follow her passion. After being rejected at 17 (too young) she was accepted at one of the top 10 UK drama schools and duly graduated to be a struggling actress.

Whilst she was at drama school my work necessitated being in London on nearly a weekly basis and as a consequence I got to know most of the students and staff at her school and this got the blood going through my veins again. Not long after she graduated someone mentioned that a film was being made in York called Innocent Crimes starring George Telfer and Michael Lunghi and they were looking for some extras for a Jazz Club scene. As I had a few days spare I rang and was invited to take part in the scene. They had converted a basement in the Royal York Hotel into a Jazz club and I was sat at a table with a lady who was very pleasant, but quite ugly (I don’t mean to be critical, just honest). After the first take the director asked if I would like a few lines, and act as a lecherous drunk. ‘No problem’ I said (being myself is easy), but then he gave me my first direction – tell the woman at your table how beautiful she is. I asked him if I would get an Oscar if I pulled that one off and he was on the floor in hysterics! Needless to say the film did really well and I believe had good reviews & awards at film festivals worldwide. 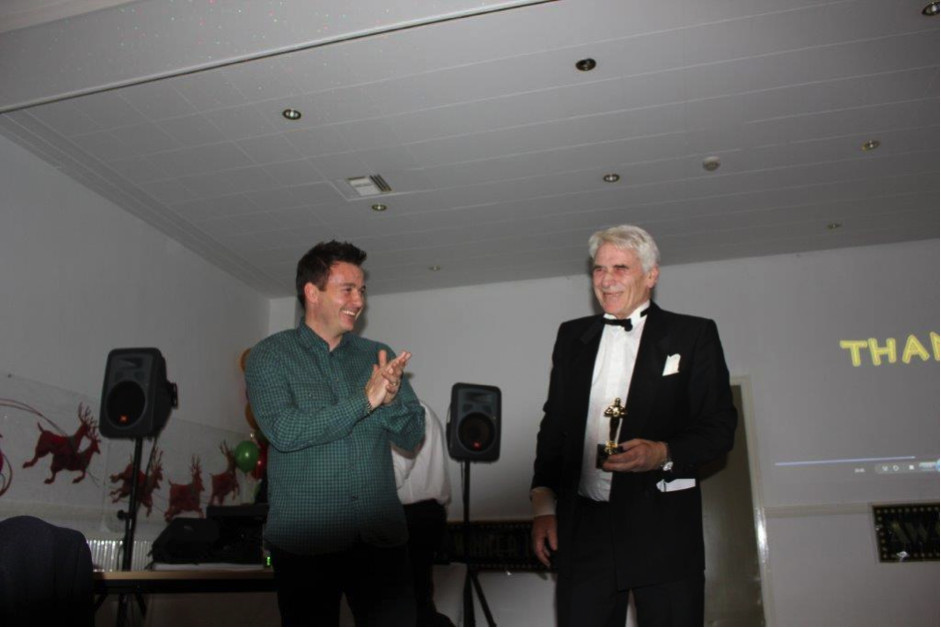 Bryan winning his "Oscar" for his peformance in Innocent Crimes

The bug was back! I then got a call out of the blue asking if I could be an extra in the first of Guy Richie’s Sherlock Holmes films with Robert Downey Jnr and Jude Law. This was an opportunity not to be missed. I was to be one of the Lords in the House of Lords scene towards the end of the film. I had to go to Manchester where they were converting the Town Hall into the replica of the House of Lords, firstly for wardrobe fittings and then the week after for filming. What an eye opener! No money spared and the costumes were magnificent. First day of filming and about 100 of us were ushered into a room to await our call. Mr Richie was in the middle of his divorce from Madonna and was not in the best of moods, but you take things as you find them and do the job you are told to do. When we were ushered on to set I was stood behind Hans Matheson who I recognized from The Tudors, and he was giving a speech to the House. After the first take Guy Ritchie came to give him some direction and I noticed him staring at me on more than one occasion whilst he was talking to Hans. When the scene was finished the assistant AD asked me and about half a dozen others to go downstairs for another scene to be shot in one of the corridors in the basement where we were placed in two’s along the corridor. Guy Richie was sat at the end of the corridor playing his guitar whilst the AD was setting the scene. I was then told that Robert Downey was going to be marched up the corridor (he was under arrest) and would stop at me where we would glare at each other. Crikey Moses – I was going to be in a scene with Robert Downey in a big budget Warner Bros. film. 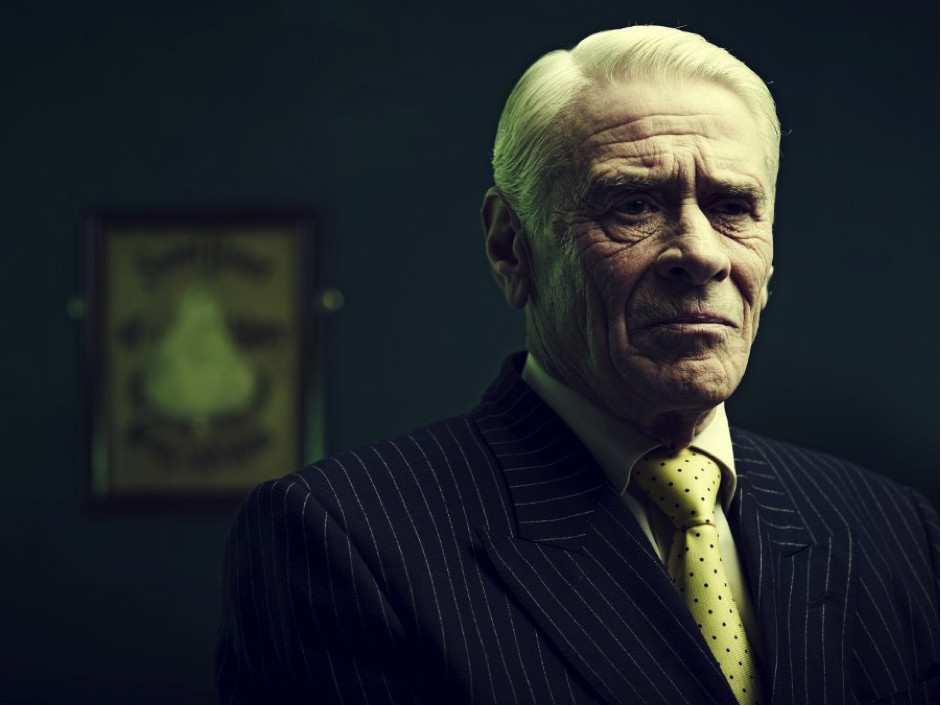 What had Richie seen in me that he liked? The wrinkles of course! Well we did the scene and I was chuffed as could be and couldn’t wait for the film to be released which was about 18 months later.

I had now realised that acting on film was totally different to acting in the theatre, and decided to start a course of lessons with a company called Northern Film and Drama which took a different approach to other drama classes in that they ran an online soap in which all graduating students were given the opportunity to be in and works as a showcase for the talent. I secured a part as Lord Grant (looks like I’m getting typecast) and have been appearing now since 2011.

Sherlock Holmes was duly released, and the whole family went to see my big scene. Oh no! Shock horror it had been cut! Devastated but laughing it brought home the truth about this profession. Take what you can and enjoy the moment. At least Guy Richie must have liked something about me as he had digitally put a spotlight on me in the House of Lords scene. 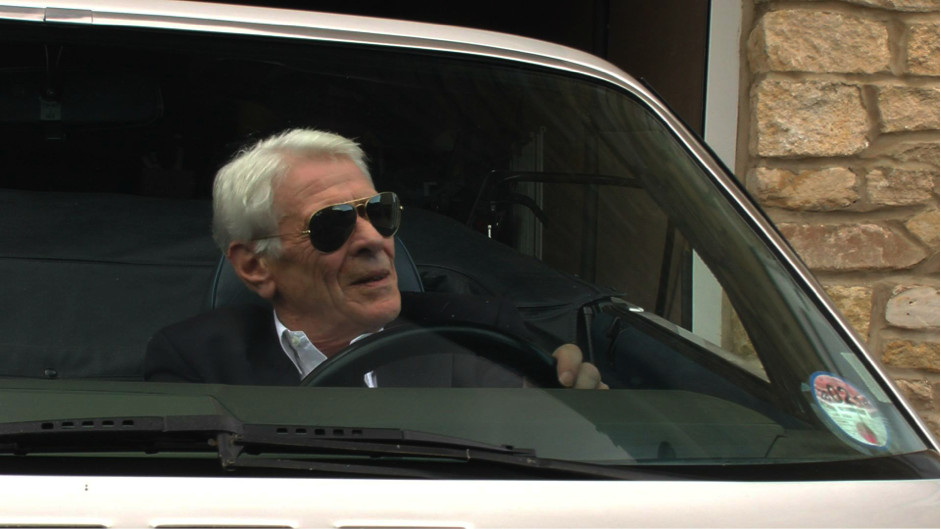 When I look back as to how things were when I was a young boy and how they are now, things have changed considerably. The theatre has declined in the UK leaving less opportunity in that sphere, but TV has exploded giving more opportunities in that arena. So as far as opportunities are concerned they are probably about the same, but just in different areas. I have gone from being the handsome lead (at least that what my reviews said at the time) to now being the golden oldie with a face full of creases. So no matter how you look there will always be a role for you to play. My passion for acting has never waned and the fire still burns brightly inside me. No matter how tough things might be never give up. I know I won’t.

Bryan is available and welcomes your thoughts in the Comments section below... 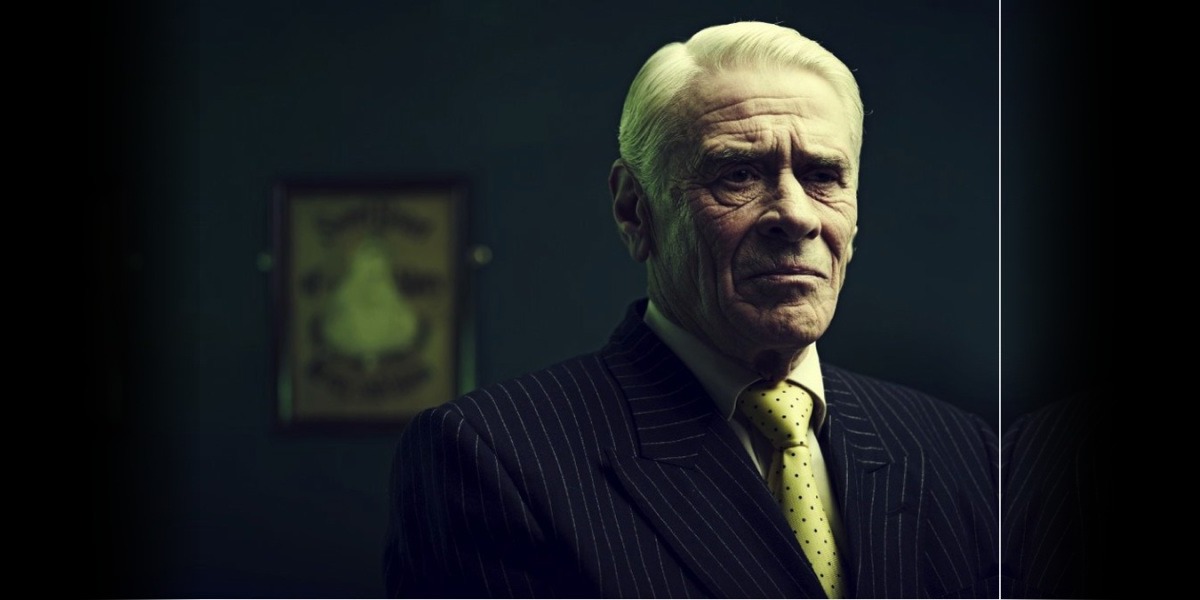