My Most Unusual Encounter With An Actor (LA, the Mob and Acting)

Posted 7 years ago by Stephen Mitchell

Richard "RB" Botto
Today's guest blog comes from long time Stage 32 member and contributor Stephen Mitchell. Stephen is a director, screenwriter, and producer with plenty of independent films to his name, as well as an incredibly successful television series and an upcoming documentary, to list just some of his projects. In addition, Stephen is an expert in acting technique and branding. He founded and ran his entertainment industry think tank The New Hollywood Studio System for twenty years.

In today's blog, Stephen tells us about his most unusual encounter with an actor, a client of his when he was running his repertory company. I won't spoil it, but he'll give us a quick lesson in Los Angeles history, organized crime and acting...

I thank Stephen for his contribution to the Stage 32 Blog.

One day in the mid-80s, I received a visit from a man wanting to join my repertory company for film and television. He had never acted before, and after perusing what was on offer in the local trade papers, had come to the conclusion that what I was offering gave him the best shot of establishing himself as an actor. Not only were we training actors, we were producing projects for them as vehicles, all the while marketing them to mainstream Hollywood. This gentleman liked 'sure things' and didn't want to mess around with people who would lead him down the garden path. When he voiced this sentiment to me, I did not take it lightly.

After we talked for about twenty minutes, the man said he was ready to start immediately, and thus we began the normal protocol for a new member. I asked him to go to a Blockbuster video store and make a list of twenty-five movies he found there that he liked and could see himself working in as an actor (given his look, style and personality). In those days, there was no Internet and this was the easiest access to a database of titles. I told him to note who had directed each of the films on his list as those names would form the core target public of his future marketing campaign. 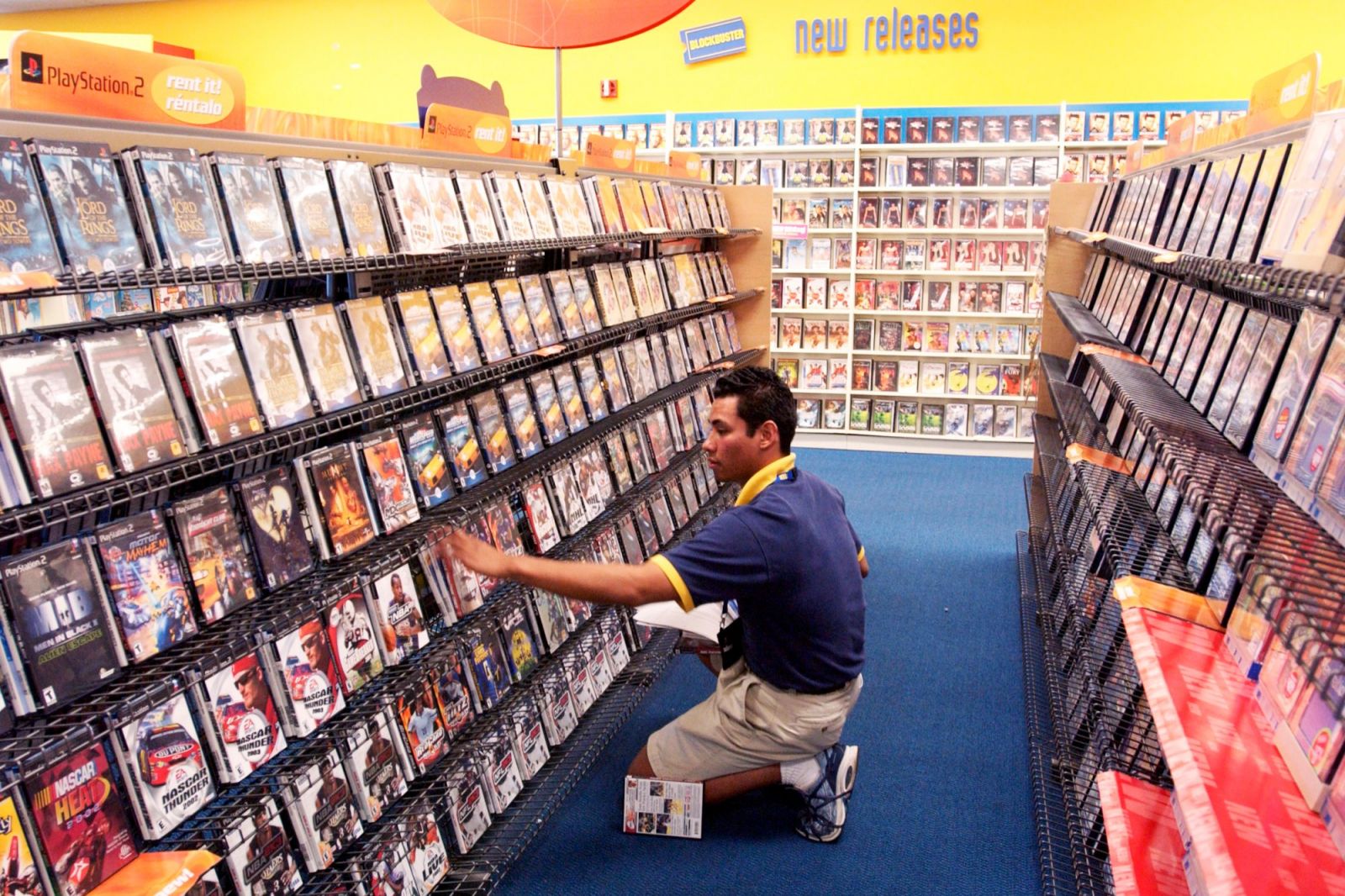 I then gave him the title of the first book on a reading list that I had created for my actors. There is so much misinformation on how Hollywood functions that I wanted our members to get an accurate look at the business from those operating at the top of the spectrum. In those days, the first book was Final Cut: Art, Money, and Ego in the Making of Heaven's Gate, the Film that Sank United Artists by Steven Bach. Today, I ask them to read The Kid Stays in the Picture: A Notorious Life by Robert Evans.

We then turned to the subject of his ‘signature’, the word I used then since the concept of brand had yet to develop in acting circles. Here, I knew, we were treading on thin ice. I’ve always had a knack for being able to articulate an individual’s signature or brand very quickly—often before words were even exchanged between us. In this gentleman’s case, I had understood his brand before he even reached my door. It was distinct and indelible.

I had watched him through the front window as he carefully parked his brand new black Cadillac, which had been ordered with the optional gold trim package, at the curb. He emerged from it wearing an impeccable, double-breasted suit that I recognized as tailor-made as opposed to the store-bought variety. His tie was silk, as was his pocket square. His shoes were Gucci lace-up as opposed to the popular loafer variety. All of this went well with his salt and pepper hair and the steely look in his eyes. He spoke in a voice reminiscent of George Raft. Perhaps you see where this is going. 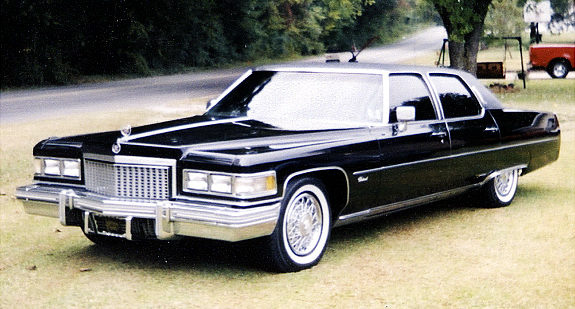 I explained to him that all the stars of Hollywood through the ages had signatures or personal brands that appealed to audiences and assured them of longer careers. I went on to say that it was my habit to ask a new client about his or her background but that in this instance, I didn’t feel it was necessary. I simply asked what led him to acting as a career choice. He smiled.

“When I was young, Jack Dragna got me a job sweeping floors in a barbershop.” Jack Dragna, for those not up on their history of Los Angeles, was a bootlegger in California during Prohibition. In the early 30s, he became the boss of the Los Angeles crime family after Joseph Ardizzone disappeared ‘mysteriously’. Earl Warren--best known today for heading the commission that investigated the assassination of John F. Kennedy--referred to Mr. Dragna the “Al Capone of Los Angeles”.

Though Jack Dragna died in 1956, his brother Tom and Tom’s son Louis Tom Dragna carried on in the family enterprise and the newest member of my repertory company carried on with them, having left his broom and the barbershop well behind him. Tom Dragna is said to have planned the unsuccessful attempts on the life of Mickey Cohen--another prominent mob figure in Los Angeles. Familiar with the use of dynamite, he planted two bombs in Cohen's home--one didn't go off, the other did but failed to kill Cohen.

Tom Dragna passed away in 1977, and his son Louis retired from his Los Angeles crime family activities in the early 80s. As my new friend and I talked so amiably together about the Dragnas, the year was 1985. Opportunities in his former occupation seemed to be disappearing, and acting looked like a viable career change for a fellow who could get things done. 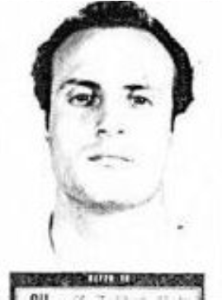 Before he left that day, I dictated five bullet points based on his signature. I then instructed that he was to commit these to memory and use them in a PR interview I would conduct with him at our next meeting the following week, and which could be inserted easily into conversations with the industry people with whom he would be coming into contact. Subtle but effective marketing, and he got it immediately.

The two of us became great friends that day. I think he liked that I had once spoken on a payphone across the parking lot from Mickey Cohen’s Carousel ice cream parlor while Mickey was on the phone next to me screaming death threats at someone. He appreciated that he didn’t have to ‘explain all the jokes’ as I like to say.

Our relationship lasted only a few months before he told me it was felt, in certain quarters, that becoming visible as an actor wasn’t the best life choice for him. I had wondered about this myself. Jack Dragna was one to keep a low profile and seemed to be a trait adopted by Tom and Louis Tom Dragna as well. We parted as friends, and he brought a going-away present to our last meeting. I'll never divulge what it was.

It was a wise choice given his circumstances, but I have to admit that the world lost a great actor, for it was clear to me that he had been acting since the day he picked up that broom in the barbershop. And his signature had been finessed to perfection over the years. I wonder what became of him.

Like this blog post? Please share it on social media (Facebook, Twitter, LinkedIn, email etc) by using our social media buttons at the top of the blog. Or post to your personal blog and anywhere else you feel appropriate. Thank you. As always, Stephen is available for remarks and questions in the Comments section below! 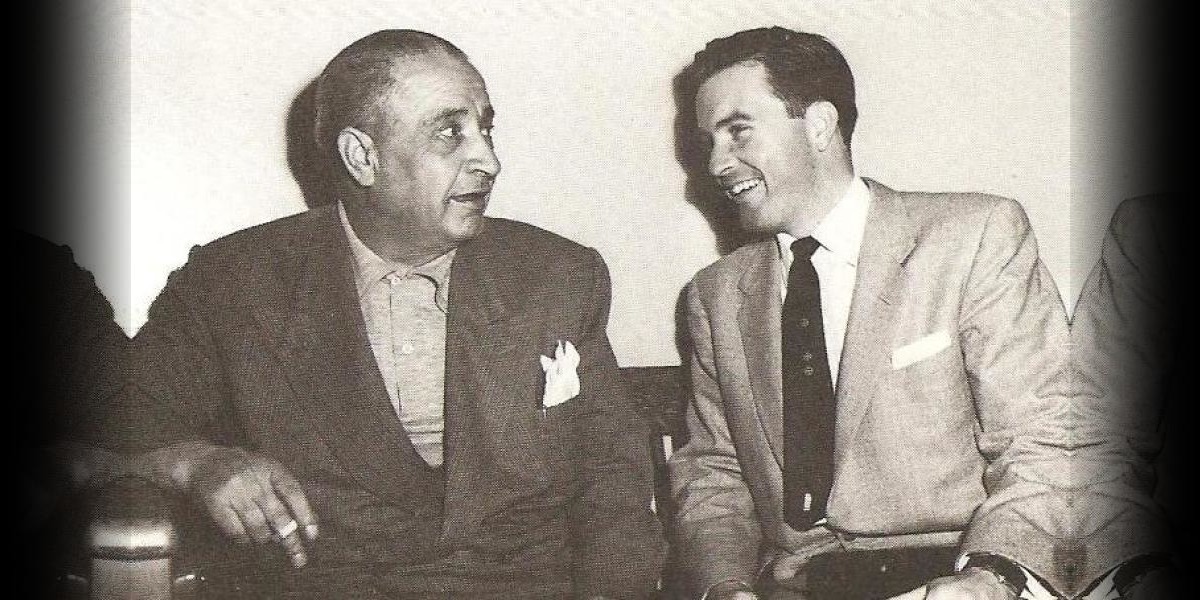