Posted 2 months ago by Jason Mirch

Happy Monday Stage 32 Creative Crew! I’m sure you’ve heard our Founder and CEO Rich ‘RB” Botto talk about the Content Gold Rush that we are in the midst of right now. I’m going to put it in perspective for you right now.

Last year at this time there were 188 meeting requests from industry professionals looking to connect with writers through Stage 32. That’s a phenomenal number. That’s an average of more than a meeting a day. This year, we are at 237 meeting requests as I write this.

Did you clean the coffee off your computer screen? Good. Let’s continue. There is a story I want to share with you right now that demonstrates how producers and Stage 32 writers are working together to find content for filmmakers...and studios.

Stage 32 member Justin Ballheim who connected with producer Matthew Goldberg through Stage 32 Script Services. To give you a bit of background, Justin grew up loving movies. He was the film critic for his city paper in high school and was an extra in The Dark Knight while working in marketing in Chicago. He was even an assistant in Hollywood. Justin now works in advertising in New York.

Matthew Goldberg meanwhile was the Creative Executive at Davis Entertainment who helped develop “JUNGLE CRUISE” which stars Dwayne Johnson and Emily Blunt. It is being released by Walt Disney Studios this summer. Matt recently ventured out as a producer and quickly started collaborating with LIT Entertainment - the producers of THE TOMORROW WAR with Chris Pratt and FREE GUY with Ryan Reynolds.

Justin connected with Matt through a Stage 32 Script Service consultation on his script THE APPLICANTS. Matt loved Justin’s script and, after their initial consultation, immediately went to work. As Justin says, “[Matt] called me and said he wanted to make it. He had some notes, so I canceled my plans for the weekend to address them. A few days later, he brought another producer on, and then a director.”

The director is Ricardo De Montreuill, who directed LOWRIDERS in 2016 for Blumhouse Productions and Imagine Entertainment - that’s right Jason Blum and Brian Grazer - for Universal Pictures.

According to Matt, “[Ricardo] has the film THE RAVEN set up at Universal. He did the film LOWRIDERS for Universal in 2017 with [Jason] Blum and [Brian] Grazer producing. He has an Amazon show with George Lopez he’s directing, and he’s about to shoot his next movie in a month called THE LOST ONES. He wants THE APPLICANTS to be his next one after that.”

Talk about momentum! Matthew is a powerhouse as a young producer who put all of these elements together for Justin's script. And while I can’t reveal the entire strategy, I can tell you that Ricardo is personally taking THE APPLICANTS directly to the Chairman of a major studio.

This is a huge win for Justin, “I have no idea if it will actually get made. But it's been a fun ride, and I'm grateful to Stage 32 for providing the springboard that it did. ”

Justin also knows the importance of good feedback, “As someone who gives writers feedback for a living (it's part of my day job), I know it's never personal, although I also know it's always easy to take it that way. But I think when you allow yourself time to consider it from a practical perspective, it’s easier to hear the note behind the note, and figure out what to actually do with it.”

I want to wish Matthew and Justin a heartfelt congratulations. The power of Stage 32 is that there are champions for your work in every corner. When you connect with someone through the platform, it opens up a world of possibilities.

We’ll keep you updated on this story and the 237+ others that are all happening right now. 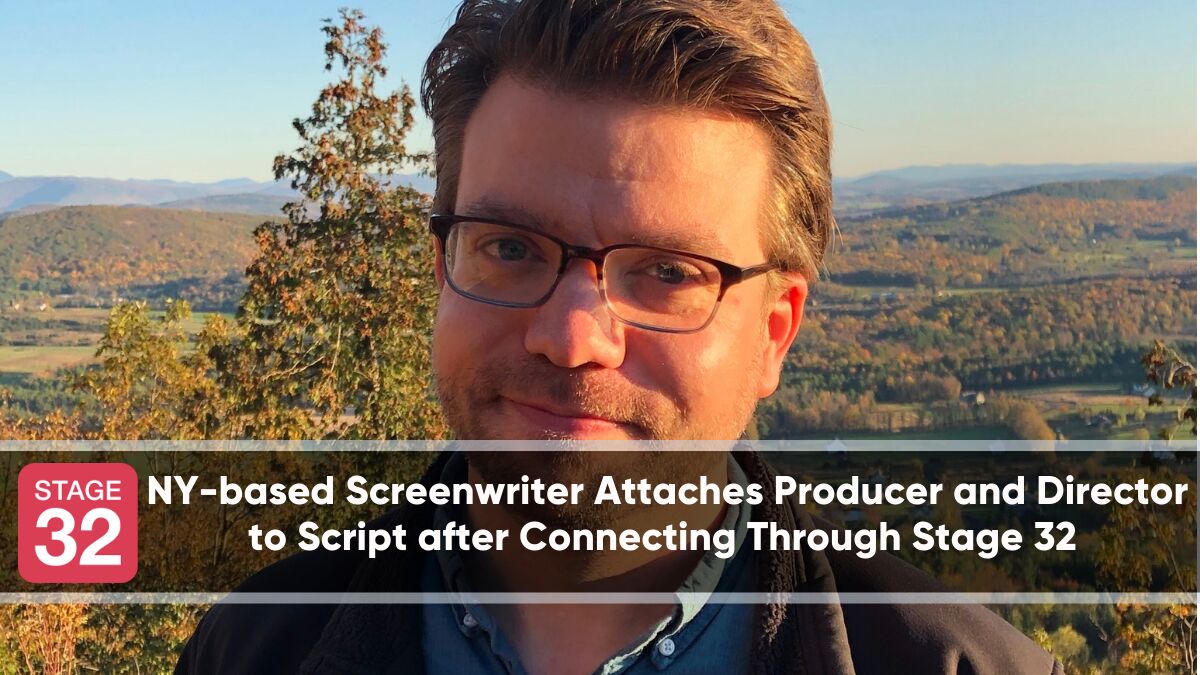 There are now 2400 blog posts for you to enjoy. Search them all by tags below.