Posted 8 years ago by Gary Craig

Acting is persistence. It’s determination.  It’s never giving up on the sight of your dreams.  Work often.  Always take on a challenge. Then, one day, you’ll get the call. Yes, THAT call – “congratulations, we’d like to offer you a role in the new David O. Russell movie.”

It happened to one of our most tireless and hardworking members, Gary Craig. Today he shares his experience of working on the set of American Hustle playing Jerry Catone alongside Bradley Cooper, Jennifer Lawrence, Amy Adams and Jeremy Renner.  Gary has had a lifelong career in entertainment (Boardwalk Empire, Curb your Enthusiasm, 30 Rock) and every day it continues to get better for him because he, himself, hustles to get it done.

The call came in.

Got the part.  Playing a character named Jerry Catone.  Wow. Weeks of auditioning – improvisation at the first audition, going on vacation, and then giving it my all in my call back in front of Jennifer Peri - and it all comes down to the call.

Then the flurry of phone calls came in from every department.

Hair and makeup called.  They wanted me to grow my sideburns long because it’s a timepiece from the 1970’s.  Even before I knew I landed the role, I was growing them out in anticipation.  I had to send them pictures showing the progress.

Wardrobe called. They wanted to know all of my sizes.

The production director called.  They had the details of where I would have to be and when.  It was a three-day shoot up in Boston at The Wang center, which was converted to various sets.

I tell you, they were the best calls to get.

I arrived at base camp early in the morning, and was escorted to my trailer where I waited for further instructions.  Off to makeup, then my tuxedo was brought to me.  Wardrobe gave me the final once over before walking down to the set. The entire three days I was working with a torn meniscus in my left knee.  There was no time to do anything about it; I just had to suck it up.  I was popping Advil’s like candy, and it was 10-hour days on your feet. 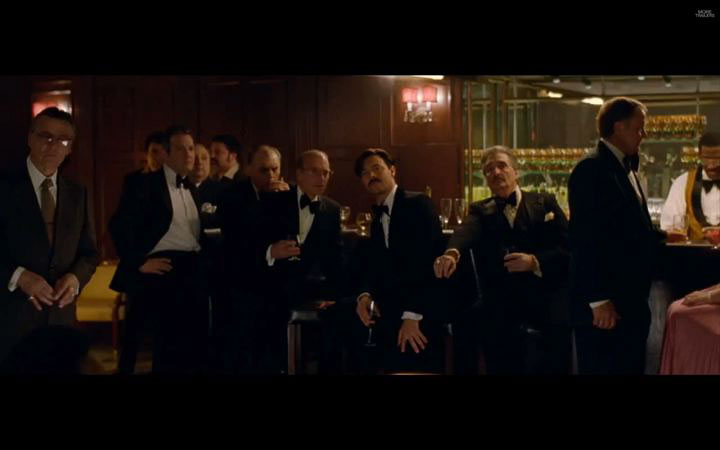 The first scene was taking place in an old grand hall.  I walk over to some chairs in front of the stage and sit down.  Sitting to my right was Amy Adams, next to her was Jennifer Lawrence, and sitting to my left was Bradley Cooper. Standing in the corner was Christian Bale, and up on stage waiting for the scene to begin was Jeremy Renner.  For me, just for a moment, this was surreal.

Was I really here?

Yes, I was.  I have admired the work of all of these actors, and now I was working with them.  Would I love to tell them how I appreciated their work?  Sure.  But there’s an unwritten rule on a set.  Act professional.  Don’t invade another actor’s space unless you’re invited.

The whole first day we worked on a scene where I escorted Jennifer and Jack Huston into the hall, with a ton of other dignitaries.  We did it over and over again till we got it right.  Jennifer was wearing a slinky satin dress that looked like she was poured into it. Not a bad day on set. David O. Russell has an incredible method, very run and gun and opens a space in which you can improvise. 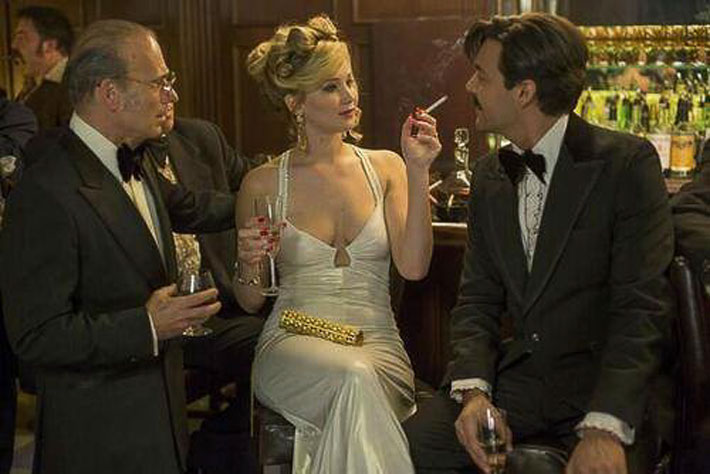 The next day, I was in the makeup trailer, and there was the entire cast.  Bradley Cooper with curlers in his hair, Jennifer Lawrence on her cel, and the complicated transformation of Christian Bale was taking place.  I sat down next to Christian and said good morning.  “Hi mate”, he answered. “How’s it going?”  “Can’t be better”, I said.  “How long in the chair?” I asked.  “About 2 hours” was his answer.  Two hours, just on his hair!  Every day. 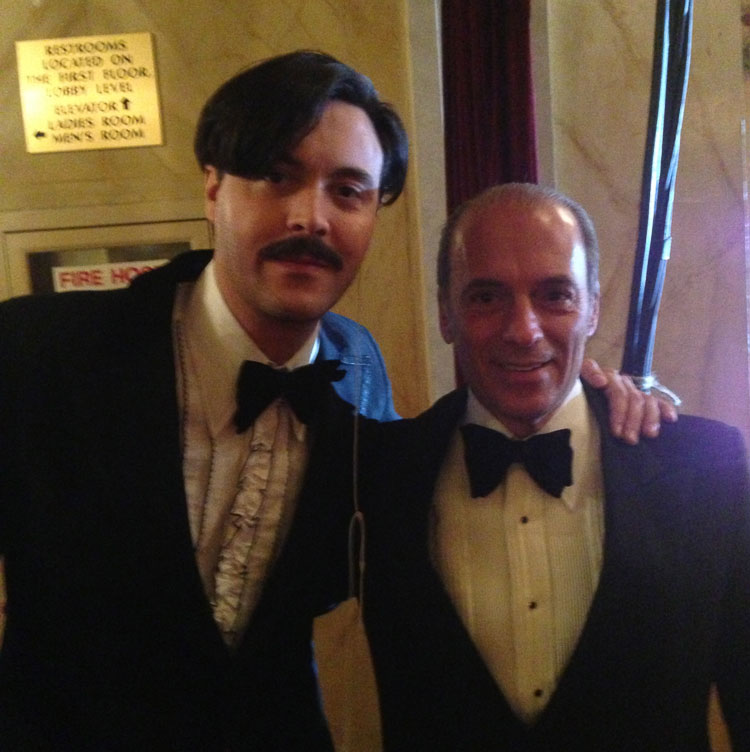 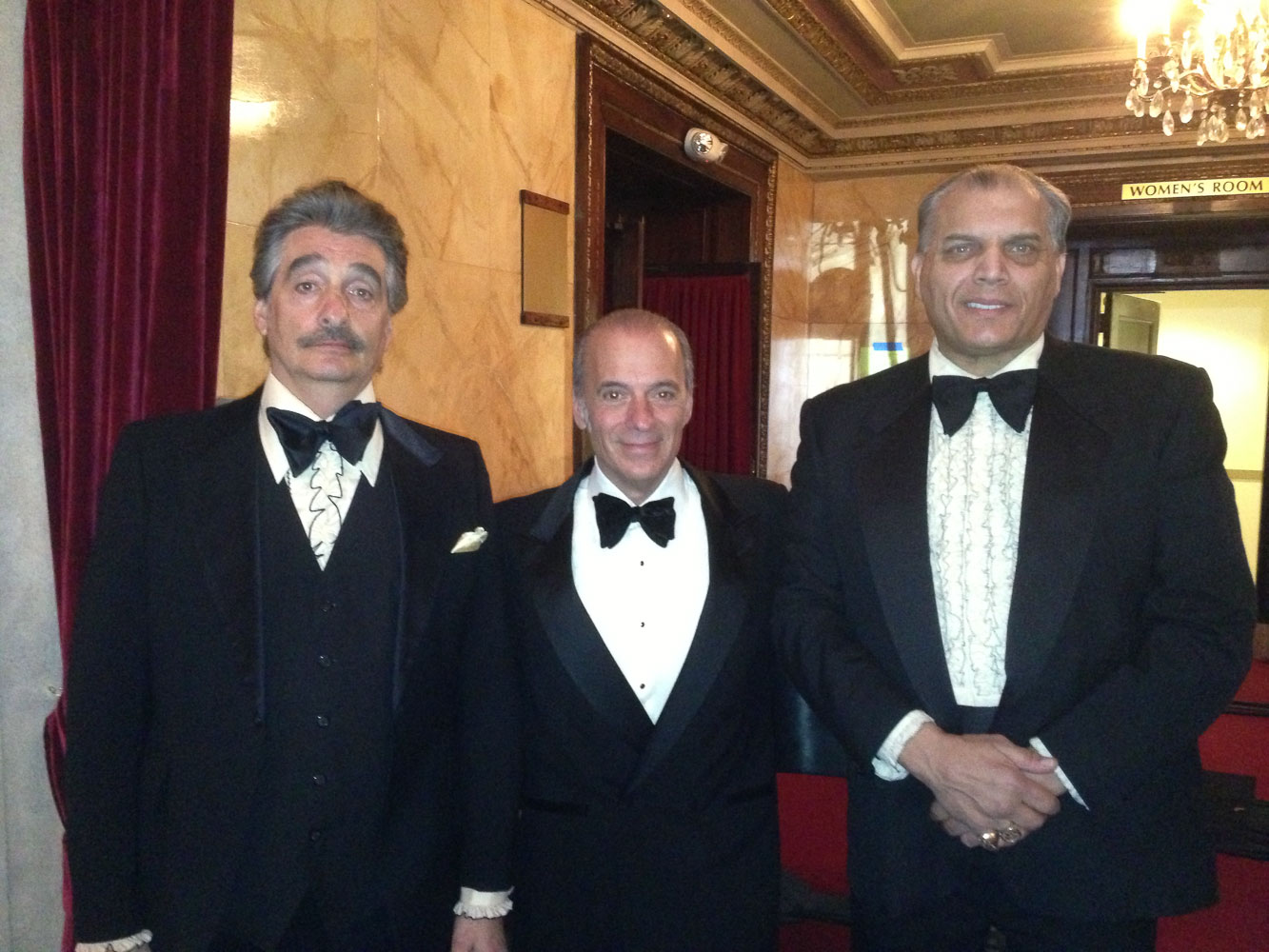 Gary with "da tree wise guys" of American Hustle (Sal DiMino on the left and Armen Garo on the right).

The next 2 days we worked on the bar scene, where the entire cast visit the mob guys who run Atlantic City.  We’re all in the scene together, and frankly I can honestly say, I don’t remember any knee pain. I was having too much fun.  Bradley and I shook hands when we finally completed the scene.  He said, “Great Job” and, at least for me, it was a wrap.

I’ll never forget my time on set of American Hustle. I worked hard to get there, and being there keeps my drive going.  On to the next project…

Gary is available for questions and remarks in the Comments section below.

You can check out Gary’s first guest post “Sh*t or get off the pot” here.