Only You Can Make it Happen

Posted 5 years ago by Armen Greyg 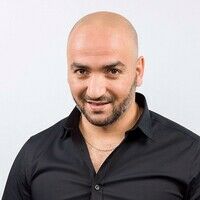 Since he left home at the age of 16, today's guest blogger and actor, Armen Gigorian has honed his skills on film and television sets in such locales as Armenia, Moscow, Mumbai and Dubai. Over the last 20 years, Armen has used his insatiable drive and determination to win jobs and gain invaluable experience working on shorts, features and television series. He even won a few awards along the way.

From day dreaming about an acting career in a small village to dancing with pop stars to being on set with local acting legends, Armen has just about seen and experienced it all. Today, he not only shares a healthy dose of inspiration, but some lessons learned as well.

I thank Armen for his contribution to the Stage 32 Blog.

When I was a kid, just 7 years old, in my village in Armenia I saw Disco Dancer and other Bollywood movies in my village theater. From that time I knew what I wanted to do in my life and who I wanted to be. I wanted to be in the entertainment business. And nothing was going to stop me. A little bit later when I was around the age of 10-12 years I discovered Hollywood stars like Van Damme, Stallone, Schwarzenegger, Bruce Lee and all the other action stars. After seeing all these things, it motivated me to start martial arts and that lead me to loving to dance. As I got older I grew fond of actors like Pacino, De Niro and other gangster / mob Boss actors (aren’t they all so great?). I wanted to be just like them. Nothing got in their way. I loved to dance, but after seeing these greats, my true passion was acting. 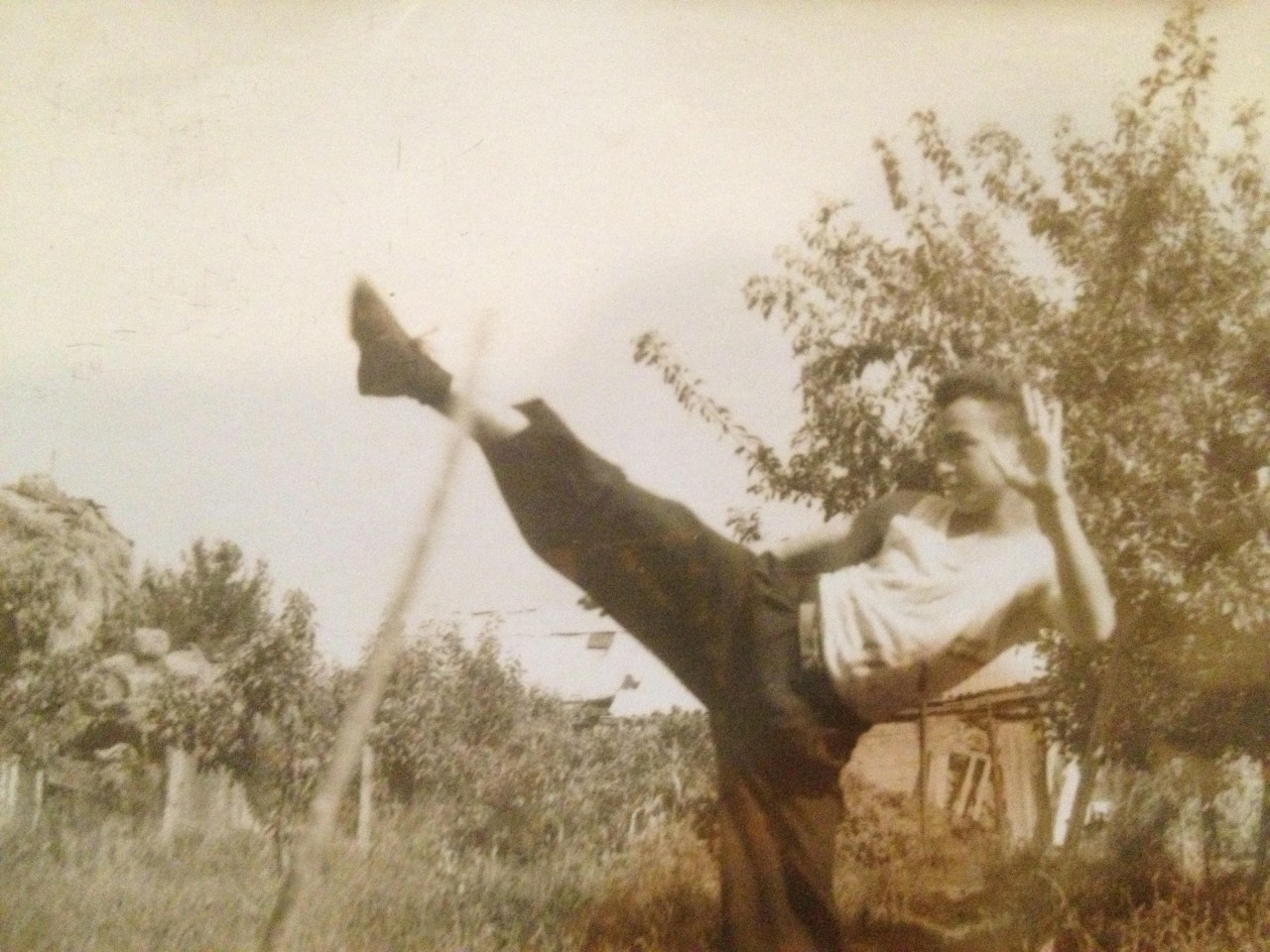 In my village in Armenia, inspired by martial arts and mob actors

In 1993, when I was just 16 years old I left my homeland and my family and moved to Moscow without knowing anyone and with nothing but 60 dollars and a suitcase ready to pursue my dream. I was determined. I was young and alone but I had a big passion to get into show business as a dancer. I remember there were times I was sleeping outside because I didn’t have place to stay – I would sleep on a bus or the Moscow Metro. My desire to be in the business never ended and nothing stopped me. Step by step I met people from the industry. Every day I worked it. I had nothing so I had nothing to lose. I didn’t let anything get in my way. Finally, I met someone who believed in me and got me into the industry. I worked as a dancer and singer in clubs and with famous Russian pop stars. I loved every minute, but my dream continued growing and I wanted to be in the cinema life. 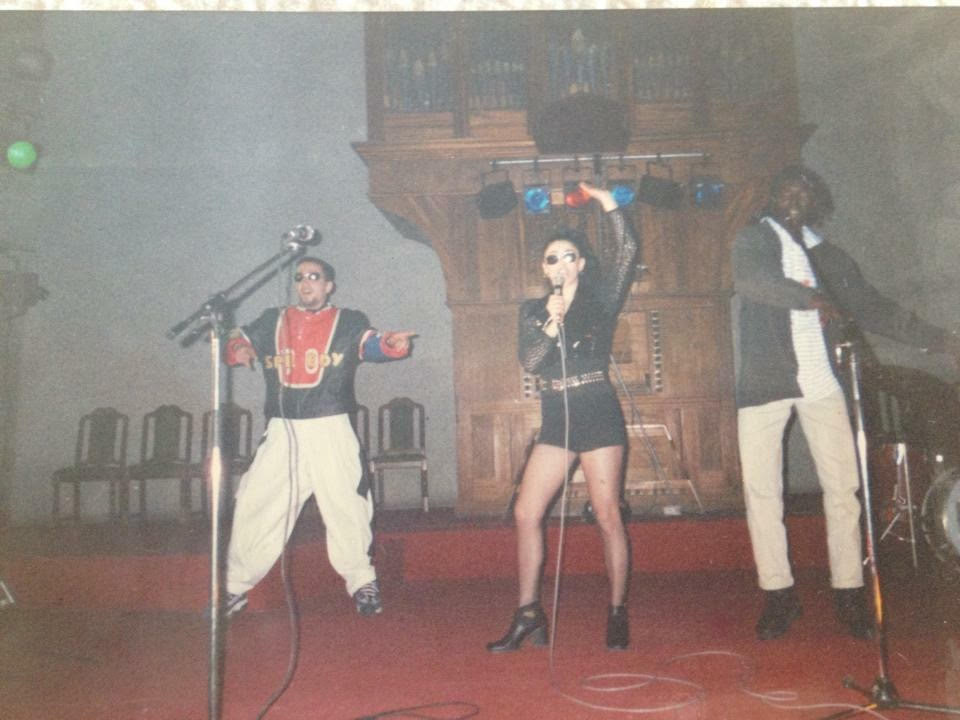 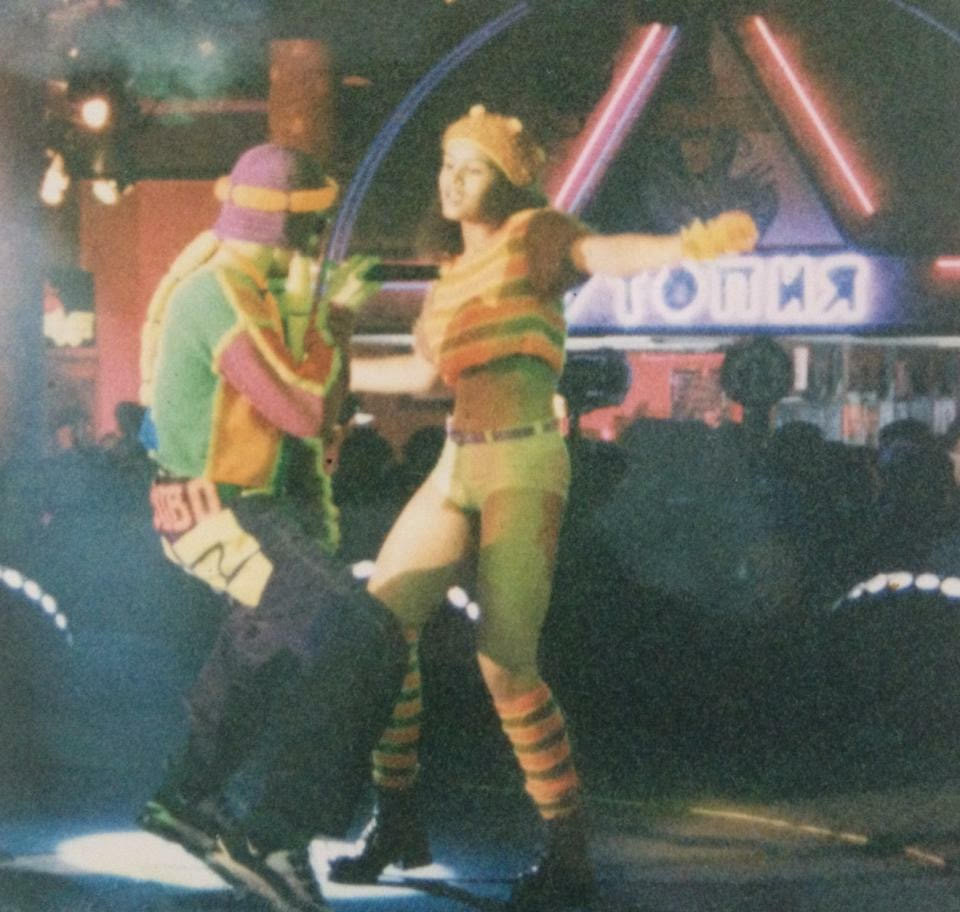 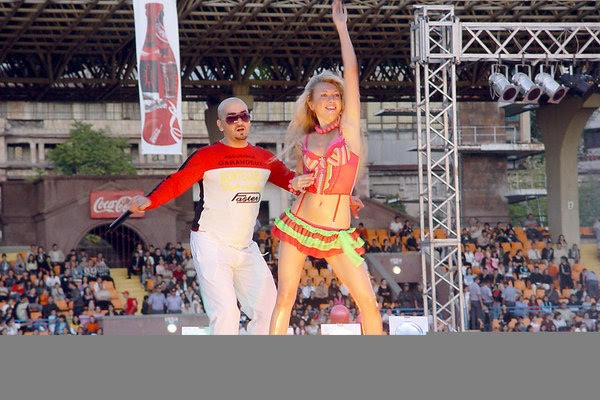 Later in the 2000’s I started working as a show and event manager and eventually wound up owning a club. A lot happens in the club industry and I met people who made me realize that the world outside of Moscow was huge. So, in 2008 I decided to take my 2nd attempt to start a new life. I sold my part of the club and left everything in Moscow. I made the trip to Mumbai to Bollywood to make my childhood dream true. Again I started from nothing. I did not know anyone. I couldn't speak any English or Hindi. My staff from Moscow flew to Mumbai to visit me. It was such a strange visit because I know I left a lot behind, but I also knew I would never go back. Again, I was determined, and I was going to make it as an actor.

India is where I started my acting career, at the beginning it was nothing serious, it was more getting my feet wet, learning the business and having the actor’s life experience. If you’re an actor you know what that is – it’s how to struggle but never give up and believe yourself. My persistence and determination paid off. In the first year and a half that I was there I did 6 movies – yes, 6! – and some TV. Every day I met more and more people, even the actors who I watched in my village theater in Armenia when I was kid! I even got a chance to work with them. It was small roles but at least my dream came true and I made it happen. But, meeting a lot of legendary on the same shooting sets fueled my passion. That was very good. I know one day I’ll go back to India and get my big break into the industry at their level. Until then, the experience I have had there has expanded my network to directors, producers and actors and they all know me as well. So I am sure the day will come soon, and I make it a priority to stay in touch with them always. Always stay in touch and never burn a bridge. 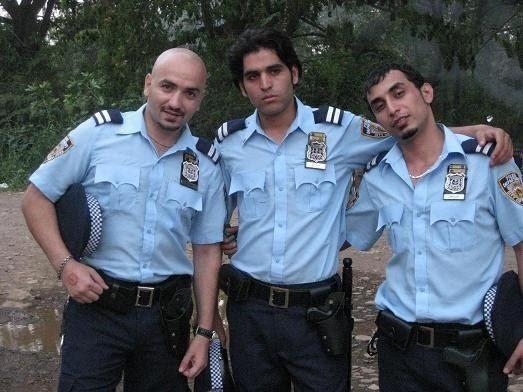 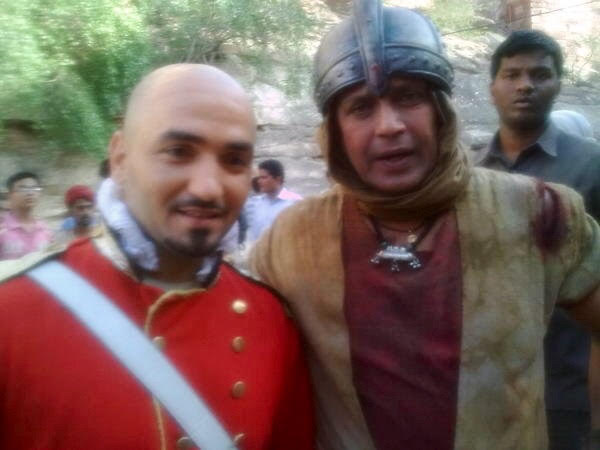 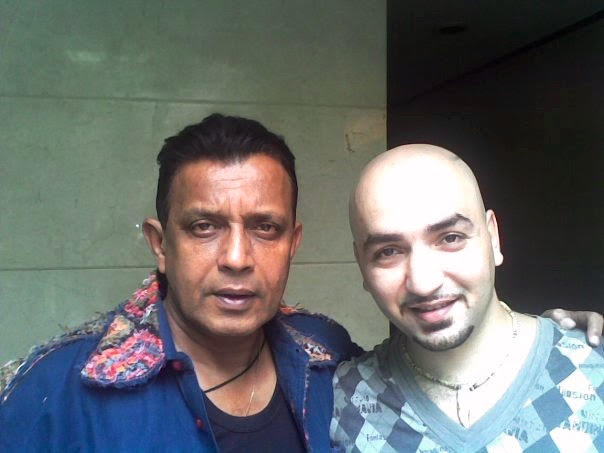 Acting in Mumbai, Bollywood and around India helped launch my career

Because of the relationships I made in Mumbai, it gave me the opportunity to start working in different places including Armenia and UAE. I now split my time. I continue to work some time in Bollywood and on other Indian movie projects as an actor, coordinator and line producer, as well as Armenia and UAE. In Armenia I had the opportunity to work on 4 TV series, which was good experience in front of the camera. TV helped me continually improve my skills. Being on a TV set all the time was like being at a good school - even though the series wasn’t very good ;)

As a creative you always have to keep improving. In addition to the work on TV I decided to make my own short film The Hunter to learn my skills as a filmmaker and add it to my portfolio. I had a network of people that I’ve kept through the years that helped me. It was later screened at more than 36 film festivals all over the world including the Cannes Film Festival short corner. We won 7 awards and were nominated for many different categories. I won best actor award in Barcelona 2013 at Badalona Filmets Film Festival, and we won like best international short film in New York film festival, Ukraine, Australia, India and other places. It proved that you always have to keep pushing yourself to do more. Never settle and great things happen.

Learning all aspects of filmmaking on award-winning The Hunter

In Dubai where I am at now, there is not much of a movie industry yet, but it is all just starting to come here and it is exciting. I see a lot of outside productions coming and shooting some parts in UAE, so I am here and ready to help this area grow. Since I have experience from many places, many productions see my value and I get work here as an actor and a coordinator. Now, I am on a big project, a feature movie called Elixir Of Life where I play a lead role of a Boss. Yes, you read that correctly. My life has come full circle and I'm a gangster in huge feature film - just like I always dreamed of when I was in my small village in Armenia.

Teaser of the film Elixir Of Life, where I come full circle as an actor and play a lead role as a gangster

The world is getting smaller for this business and you have to adapt to it. Life is not easy and never will be, but I never give up even when I think sometimes that its over and there’s no way to get up and fight for another audition or job. But it’s a just few minutes or a day later, when I say to myself “get up son of a bitch and fight for what you want!” Now I have a family and newborn kid, in addition to my life working in Dubai, Armenia and India, so life is just starting.

If I can leave you advice from my 16-year-old self – don’t let anything get in your way of your dreams.

Not age, not geography, not distance, not a language barrier – nothing.

Only you can make it happen. 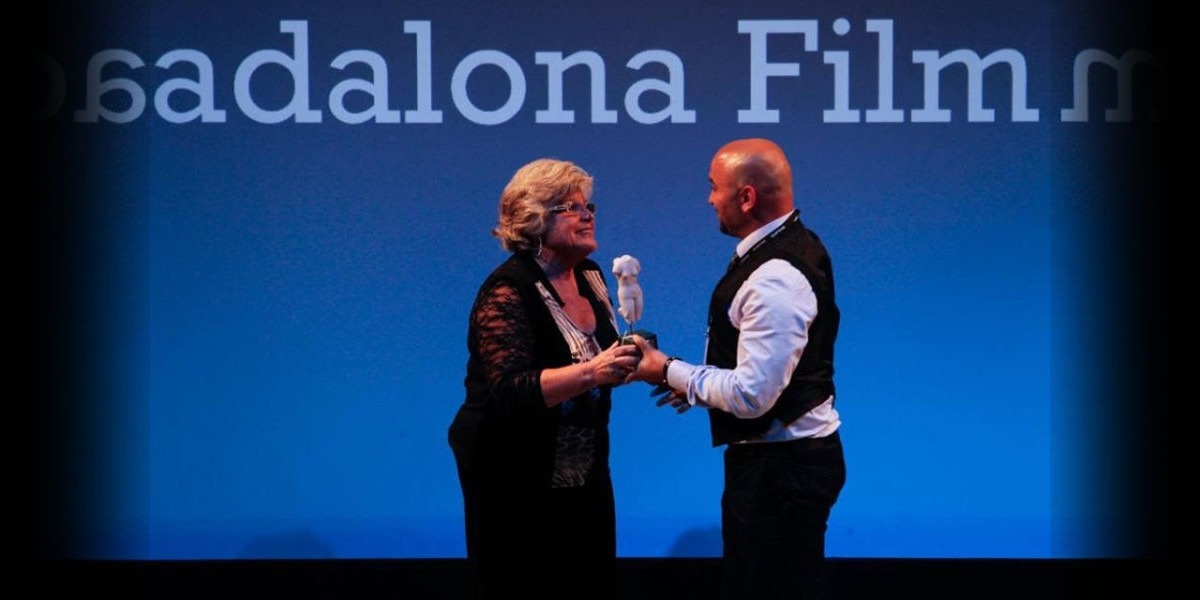 There are now 2189 blog posts for you to enjoy. Search them all by tags below.

Instagram Live Series: How to Market Yourself as a Film Composer & Mastering the Composer/Director Relationship

The Stage 32 November Write Club is Back When It's Needed Most!