Good morning Stage 32 Creative Crew! It’s Monday and we’re revved and ready to enter this final week of May with not one - but two success stories courtesy of writer connections made through Stage 32.

This double dose comes to us from Sarah J. Cornelius the Production and Development Executive at Whitewater Films. If you are unfamiliar with Sarah, she is the powerhouse executive for veteran producer Rick Rosenthal, the Oscar and Emmy-nominated Director & Producer and CEO of Whitewater Films.

Rick has directed A-List actors, including Joaquin Phoenix, Sean Penn, John Lithgow, and Jamie Lee Curtis. Along with his credits directing films, Rick has also worked as a producer on Amazon’s Emmy-winning series TRANSPARENT for the first three seasons.

Sarah’s mandate is to discover new writers with unique voices and to produce their project. This approach has resulted in Whitewater producing numerous notable films which have won Independent Spirit Awards, the Sundance Directing Award, a Primetime Emmy, as well as collecting nominations for an Oscar and the Sundance Grand Jury Prize.

Most recently, Rick, Sarah, and Whitewater premiered the Thriller, THE BOY BEHIND THE DOOR which was released through the distribution company Shudder in the US. In 2020, they released the Comedy THE LAST SHIFT with two-time Oscar-nominee Richard Jenkins at Sundance. And in 2019 they released STANDING UP, FALLING DOWN starring Billy Crystal & Ben Schwartz with first-time director Matt Ratner.

Recently Sarah wrote to me, saying, “I am in development with two of your writers who came to me through [Stage 32]!”

The first story comes from Stage 32 member Kacee DeMasi who travels around the country and is currently based in Hurricane, Utah. Through her production company, Believe IN Media Kacee writes and produces “original outside-the-box content”. Her passion is helping people believe in themselves “through beautiful, fun, inspiring, useful, empowering content with a talent base of the unrepresented.”

In December of last year, Kacee pitched Sarah one of her unscripted ideas for feedback during a Stage 32 pitch session. But the journey for Kacee didn’t start there. “I started pitching by cold-calling producers in July 2020,” Kacee says, “then did verbal pitching on [Stage 32] after thorough research of producers.”

It was after that pitch that Sarah and Kacee maintained the connection and now Sarah says, we are currently developing a pitch deck for with an independent producing partner I brought in.”

And Kacee continues to do the work! She already has other irons in the fire as far as development goes. She explains, “Never give up on your dream and do not believe the naysayers, because it happens. I am living proof. Let the creative juices flow.”

The second writer that Sarah connected with through Stage 32 is Alex Clavijo who is based in Los Angeles. Alex has been a member of Stage 32 since 2018, which is the same year his script THE INTERPRETATION was a Finalist in the Nicholl Screenwriting Fellowship.

Alex connected with Sarah initially when he sent her his feature script, MOTEL PARADISE. As Sarah says, “We are several meetings in on [the script] and we’re working on attaching a Director and continuing to package it.”

Watch Alex's short film, MOTEL PARADISE which was accepted to the

What struck Sarah most about the project was that Alex, “created a very vivid” world with “imagery that's quite specific,” going further to say it “feels like a different kind of coming of age film.”

Of course, development continues on both projects! Kacee and Alex are in the best hands with Sarah and Rick who have built their business and careers by championing unique and diverse voices. As the demand for content continues to grow, Stage 32 will continue to provide opportunities for writers and content creators across the world, like no other. 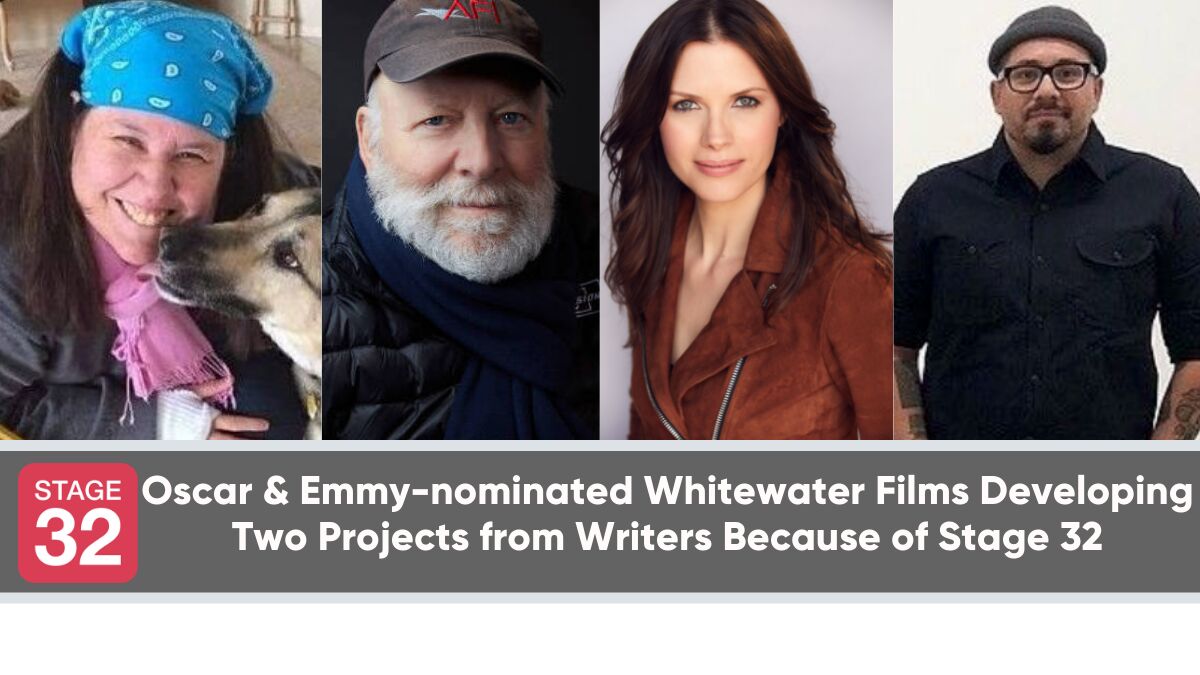