Good morning Stage 32 Creative Crew! I hope you’ve had a productive and creative weekend. And I like me, I am sure you are ready to tackle this week and knock out some of your goals. We’re officially in the Summer of 2020 now, and while the year has not gone according to anyone’s plan, there is still a lot of great news for our community.

Some of the best news comes directly from our members who shattered records in June. Listen to this, in the month of June, there were over 70 meeting requests from executives who wanted to connect with writers through Stage 32 Script Services. Over 70! In. One. Month. Let me put that in context for you - there were over 5 times the number of meeting requests this June, than from this time a year ago! In the middle of a world-wide pandemic!

That is an insane number and just more evidence of the power of the Stage 32 platform to connect writers and filmmakers with industry executives.

Literary Manager Kate Sharp of Bellevue Productions requested to be connected with Sara Hallowell after reading the First 10 pages of her script, BLOOD MOON. Kate also requested to meet Lisa Gabriel as well as S.K. Valenzuela for the script CRASH PROTOCOL. Jeff Boone at Bad Wolf America (THE NIGHT OF) asked to meet Melanie Evans for her project, THE NAPOLEON OF CRIME.

Thomas Pemberton of Mind’s Eye Entertainment asked to meet Eric Christopherson for his project BLUE HELL, Michael Wichman for the project DOPPELGANGER, Eric Arnold for his project THE TOUT, Jesse Blaskovits for SYSTEMS, Brenda Boddy for SOUTHERN JUSTICE, Priti Chowdhury for DRIP, Walter W. Sloan for THE SALUS IMPERATIVE, and Scott McCullough for NO COPS WITH WEDDING RINGS. Julia Verdin asked to be introduced to Alex Achimore after providing Premium Coverage for the script, MENDING MEMORIES.

Alexia Melocchi of Little Studio Films asked for introductions to Derek Nelson for THE ARC, Michael J. Shapiro for RUN! RUN! RUN!, Jon Watt for HOW THE WEST SIDE WAS WON, Darryl Conover for PATH OF A DRAGON, Kimberly A. Botbyl for TOGETHER WE RIDE, Phil Olson with HELIUS LEGACY, Michael Barder for HANDS, Andy Gilchrist with FORBIDDEN ISLAND, Hillian Siu with ACROSS TROUBLED WATERS, Ermanno Felli for THE FROZEN DESERT, Terrence A. Rousseau for RISING MOON, Jason Farley for DANTE: THE FIRST CIRCLE, Lisa Berman with PICUS, Keiran Gil with STRIKE!, Howard Shapiro for QUEEN OF KENOSHA, as well as Sherry Savage, Ron Schaefer, Eva S. Nelson, and Ronald J. Drescher for their projects! 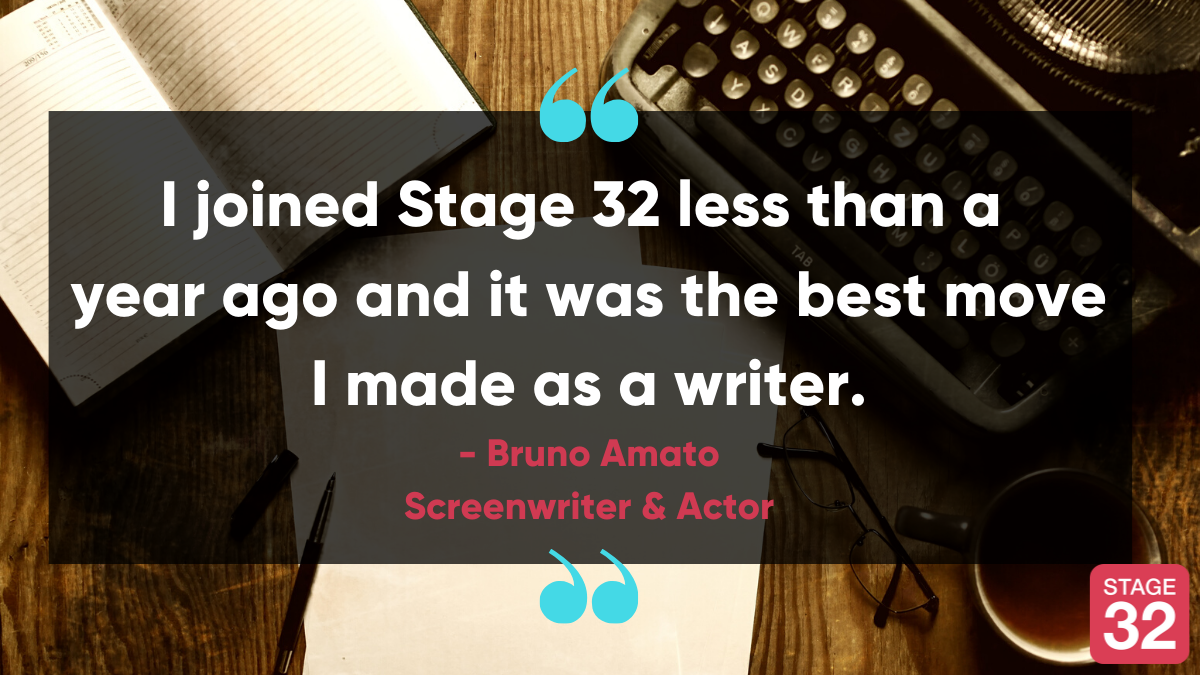 It's amazing what a difference a year makes! 5 times the number of requests in June 2020 from June 2019!

Development and Production Executive Sarah J. Cornelius of Whitewater Films asked to meet Acoryé White for the script BELLMOUNT, while Meagan A. Culberson of Alta Global Media asked to be introduced to Gregg DaCosta for the script THERAPY, and Manager Blake Reading for TheMachine asked to meet Donnalyn Vojta for SHUNNED.

Producer Carla Westlund of Cake Studios asked to meet Nancy Beverly after providing a First 10 Review for the script THE VIEW FROM ABOVE. While Arielle Cohen of NBCUniversal’s new streamer, “Peacock” asked to meet with Angela VanZandt-Bumpass for HIGH SCHOOL CENTRAL, Marc Aronoff for LIVING ROOM DANCERS, Nadia Meirovich for ADULT FAT CAMP, Gregg DaCosta for THERAPY, and Nicholas Tana.

Producer Brett Glatman whose latest project is being directed by Oscar-winner Peter Farrelly asked to be connected to Woting Kai for THE CIRCUS, Tony Pindrock for THE LOVE OF FOOTBALL, Navid Nobakht for ALTER EGOS, Michael Graf for THROWING HAMMERS, Jon Watt for 7 MINUTES, Phil Thurman for FOURTH AND FORTY-FOUR, Marc Prey for BRIAN GREER, Bruce Bernstein with YOU GOTTA HAVE HEART, Ryan Bow for FIGHTING BLIND, and Ann Fishman.

Wes Ambrecht of Viewfinder Pics asked to meet with Howard Shapiro for THE STEREOTYPICAL FREAKS, while writer and producer Rachel Paulson - who is producing with A-list actress and sister Sarah Paulson - asked to be introduced to Derek Drexler for THE ARK, Juan Gerard for KILLER RATINGS, Lisa Steadman for IMPOSTER MOM, Devin Overman with SNOWFLAKES, as well as Lindiwe Mueller-Westernhagen and Kathryn Fox for their projects as well.

Manager Daniel Seco of Schemers Entertainment asked to be connected with Nicholas Tana for EJUNKY, while Development Executive Tyler Winther for Aaron Simms Creative asked to meet Justin Ballheim for THE APPLICANTS and Charles Gillis with GRIDIRON. Director and Writer Courtney Miller Jr. asked to meet Joshua Katz for his project CHRISTMAS IN PARADISE after providing a First 10 Pages review.

Producer Lisa Vangellow asked to meet with Kathryn Fox for OUTSPOKEN and Juan Gerard for KILLER RATINGS. Christian Sander of Pense Productions asked to be connected with Larry Hankin after hearing his pitch, while Creative Producer Alex Solano of Joe Agency asked to be connected with Andi Bee. And last but certainly not least, Rose Glaeser of A3 Artists Agency asked to meet Laura Hockridge for her project, VINTAGE.

As you can see it has been an incredibly productive month for our writers and executives who are driving forward with development in a big way! Please join me in congratulating your fellow members in having a record crushing month of success in June! I am so excited to see what July brings our community! In the meantime, let’s use this momentum to push forward and get our work into the market! As you can see, the time is now! 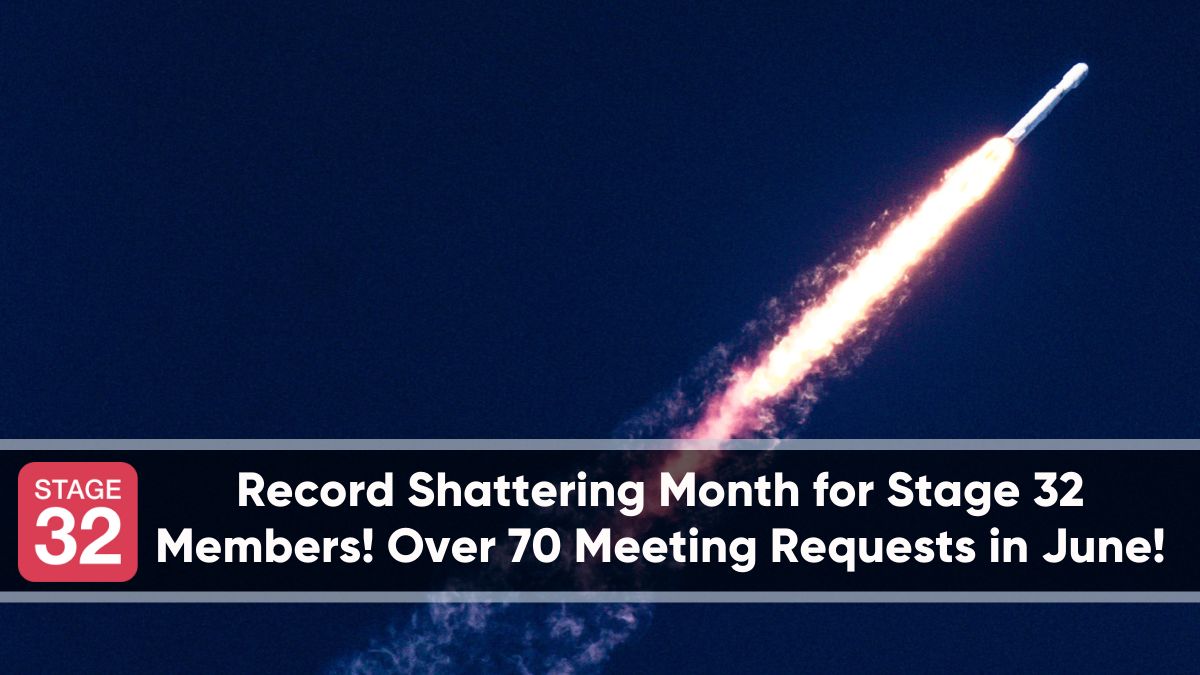