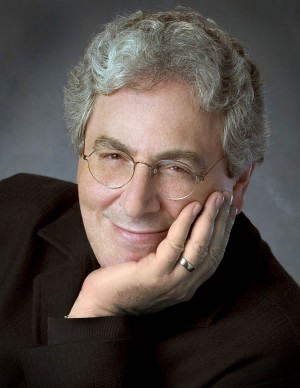 We lost a great talent this past week. Harold Ramis, writer, director, actor, producer, passed at the age of 69.

Critics (and that means those who get paid to express their opinions and those who do so over cocktails in bars) love to categorize movies by era, and for many, the 80’s is considered the worst decade for film on the whole. For my money, however, the 80’s, particularly the first half, was a golden period for comedy.

With all due respect to John Landis, who is a genius in his own right (and who directed the Ramis co-written Animal House), Ramis is the first “voice” that comes to mind when I think of the great comedies of that time.

From 1978 to 1993, Ramis either wrote, directed, or starred in (and sometimes all three) the following films: Animal House, Meatballs, Caddyshack, Stripes, Ghostbusters, Back to School, Ghostbusters II, and Groundhog Day (co-written with Stage 32 member, Danny Rubin).

I was very young when some of these films came out. I didn’t see many of them in theaters. Yet, I can safely say that I have re-watched the comedies written or directed by Ramis more than the collective works of any other creative.

This week I read a few quotes by and about Ramis that brought clear the enduring quality of the movies listed above. Yes, they’re funny. Yes, they’re infinitely quotable. But, there’s something more…they care. They care about the characters. The relationships. Even in the broadest examples – Animal House, Caddyshack – there’s a sweetness at play, a genuine camaraderie between the characters. And as with all great comedies, the underlying layer of drama beneath the surface drives the laughs above.

Ramis understood this better than most. I thank him for the everlasting gifts he left behind.

“I’ve always thought that comedy was just another dramatic expression. I try to measure the amount of truth in a work rather than just looking at the generic distinction between comedy and drama. There’s a lot of bullshit drama out there that leaves you totally cold. And there’s a lot of wasted comedy time too. But when you get something honest, it doesn’t matter what label you give it. Look at a movie like Sideways, which is funny and still so painful. It points to the idea that life is full of ambiguity. Most people live somewhere on the spectrum of anxiety and depression.”

“I can’t tell you how many people have told me, ‘When I go to the movies, I don’t want to think.’ [That] offends me as a human being. Why wouldn’t you want to think? What does that mean? Why not just shoot yourself in the fucking head? Or people’ll say that they don’t want to see any negative emotions. They don’t want to see unpleasantness. I did a comedy with Al Franken about his character Stuart Smalley, which was really about alcoholism and addiction and codependency. It had some painful stuff in it. When we showed it to focus groups, some of them actually said, ‘If I want to see a dysfunctional family, I’ll stay home.’ [Except] life is difficult, and I like movies that acknowledge that.”

And, finally, a remembrance from the great character actor, Stephen Tobolowski, who portrayed the eternally annoying insurance salesman, Ned Ryerson, in Groundhog Day:

“When the scene called for Bill to punch me out on the corner, I went to Harold and asked if there was anything he wanted me to do. He leaned in and whispered with that half-smile, “Do whatever you want. I’m setting the camera up wide. No close-ups. Comedy only happens when there is a relationship. We’ll see both you and Bill at the same time. Comedy lives in the two shot.”

Remarks welcome in the Comments section below.