Welcome to 2020, Stage 32 Family! It’s the big first Monday of the year, and we’re coming out guns blazing with a big Stage 32 success story. If you’re looking for some inspiration for getting your work out there in the new year, listen to this story from Stage 32 member Laurie Ashbourne who has been a Stage 32 member for over 8 years.

Now Laurie has not one, but two projects set up through Stage 32! One of which is going into production in March with a massive genre producer on board. I will let her tell you more about that. I want to tell you more about Laurie. She has over 20 projects in various stages of development and many of her industry connections came through Stage 32, including her attorney and sales & distribution agent! She has been on many different sides of the industry and like all of us, works hard to push the rock uphill.

I personally met Laurie a little over a year ago and find her to be one of the hardest working, most dedicated and talented writer-producers I have had the pleasure of speaking with. So it was no surprise when I heard the good news that Laurie is about to share.

What is the power of the Stage 32 platform? Check out Laurie's story in the video below and you will find out!:

"I've been in this industry for many years, as I've said, and I come to Stage 32 to keep my projects moving forward."

That's right! Laurie's project that she developed and pitched through Stage 32 is going into production in March with Eli Roth producing through his company The Arts District and Orion Pictures (the film will be distributed by Orion and United Artists Releasing)! That's huge! Laurie's dedication to her projects have paid off. Most important, she took advantage of the platform that Stage 32 provides!

Even though she is an experienced writer, she utilized the Stage 32 labs where she developed outlines, as well as the virtual pitch sessions where she pitched her projects, the Stage 32 Writers' Room, and networking on the site where she connected with other essential members of her team. Laurie is proof that doing the hard work in both in the craft and in the business will yield amazing results.

Laurie leaves us with two important pieces of advice to keep in mind as we develop our own projects:

We will continue to follow Laurie's story as we move into 2020 and her projects move closer to production. In the meantime, please join me in congratulating Laurie on two huge wins! 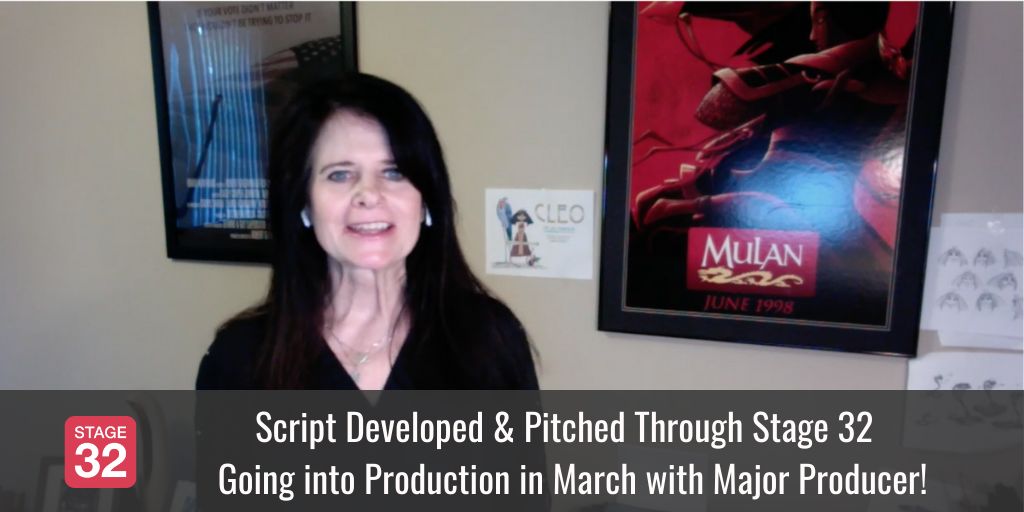