Posted 9 years ago by Devon Armstrong 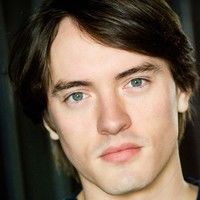 Is there anything more invigorating than shooting an independent film? You have to have the heart of a gambler, the mind of a thief, and nerves of a gladiator.

This is story of Devon Armstong's joy ride from concept to completion.

Nobody in his or her right mind would ever make a low-budget independent film. It's a little like going over Niagara Falls in a barrel; you might bob to the surface to thunderous applause, but you're just as likely to end up mangled on the rocks. The things you're risking-financial ruin, stomach problems, the wandering away of badly-neglected lovers and friends-are grimly certain. The odds of getting what you crave-professional recognition, a fanatically loyal fan base, a modest return on your investment-are slightly lower than those of being struck by lightning as you hand in your winning lottery ticket. That having been said, my friends and I, in full knowledge of what we were doing, set out in the spring of 2011 to make a low-budget independent feature.

The seed of this insanity was planted two years earlier, in my junior year in college, when I wrote a screenplay titled. I Snatched Andy Warhol. The story revolves around Jackson "Stonewall" Hobbes, an accidental internet superstar who can't escape his unwanted fame, and decides to launch a revolution against the web. With the tag line, a movie for people with a thousand 'friends'...and no one to pick them up at the airport, the story pokes a sharp stick in the eye of the social media and the cult of instant fame. Two years and endless revisions later, having gone to the finals of several screenplay competitions in the interim, I decided it was time to film.

The first question, of course, was how to finance the filming. One advantage I had going in was that I already owned most of the equipment I'd need: a Canon 7D DSLR, a Rode NTG-3 microphone, a Zoom H4N sound recorder, a small but flexible lighting package, and a decent set of lenses picked up laboriously on e-bay. All this set me back almost the entire $2500 dollars I'd earned the previous fall scaring tourists at Universal Studios' Halloween Horror Nights. The actual production funding would come from the Downtown Repertory, a non-profit theater group I'd founded in 2009. The idea was to get some synergy going-to use the theater company to bankroll the film, then use the film to raise the profile of the theater company and showcase some of our actors, as well as to raise funds for ongoing productions. But since the economics of independent theater are fully as precarious as those of independent film, the budget would have to be very limited.

But if our greatest hurdle was a lack of funds, our greatest asset was a host of very talented and marginally-employed friends, friends-of-friends, and friends-of-friends-of-friends. In that respect, the recession worked in our favor. Like me, most of my twenty-something cohorts, many of them in the arts, were struggling to gain traction in a less-than-optimal economic climate. Some were still students or grad students, but most were recent graduates of film or theater programs trying to make ends meet while pursuing the proverbial dream. Of the main actors in the film, one was a college classmate from SUNY Purchase, one a classmate from the L.A. County High School for the Arts, one a theater student from USC, and four were actors I'd met on various film and theater projects in the L.A. area. All were involved in one way or another with the Downtown Rep, and all were willing to skip class or fib to their employers to make the schedule work. The crew consisted of Quinlan Collier, an aspiring engineer who volunteered to do sound; Michael Stampler, a preternaturally talented DP and camera operator from the USC film program; and Amanda Corbet and Natalie Figaredo, two stage managers I'd met on a production in Long Beach, who volunteered to do anything and everything that needed doing, and without whom the project would have been impossible.

The largest portion of the budget was the insurance, which ran just over $800 for the sixty-day duration of the shoot. (The actual filming took only 18 days, including pick-ups. The extended schedule was necessary because a key location was only available on a certain date.) Fortunately for our limited funds, most of our locations were free, or nearly so. The caf'e scene that opens the film was shot at a restaurant my family had been going to since I was a kid. I went to the owner, whom I'd never met, explained the project, and offered him twenty dollars an hour to have one of his staff stay with us after closing time. We did an overnight shoot, and were out by breakfast. We had a similar deal at a closed-down hospital often used for filming, paying only for the overtime hours for the staff. For the main location, a college campus, we were able to shoot for free at my elementary school alma mater, the Pasadena Waldorf School. A converted mansion surrounded by pine trees and fronted by a huge lawn, it filled in admirably for the small liberal-arts northeastern college described in the script. We were also able to use it for an interior police precinct, college dispensary, and exterior coffee house.

Like the tender love scene shot at an outdoor caf'e at magic hour that was interrupted first by a flock of screeching parrots and then by a high-school marching band.

Or the time the sprinklers came on during the night shoot at the museum, soaking us, our scripts, our wardrobe, and our equipment. (Next time we'll talk to maintenance beforehand.)

Or the time during the overnight shoot at the restaurant when we parked all our cars on the street to avoid renting a lot, then wound up with $258 in parking tickets.
(Overnight street parking is prohibited in Pasadena, and the bastards only post signs at the city limits. Who knew?)

The biggest nail-biter, though, came at the very end. The L.A. Municipal Art Gallery, where our climactic scenes were to take place, was only available on July 12, the very last day of our shoot. Our insurance expired at 12:01 a.m. on July 13th, and we had eight pages to cover, so there was no room for error. The night before the shoot, one of the lead actors called to say that, due to a family emergency, he would be unavailable the following day. He had a half-page monologue and several scenes involving a heist, one of which required him to sprint through the gallery in a wig and mask, with the police in hot pursuit. Following the initial wave of panic, we did what any self-respecting low-budget filmmaker would do: re-wrote the monologue to fit one of the other actors, who memorized it over breakfast, and threw the mask and wig on a hapless crew member who had a similar height and build. The replacement was thirty years older than the original, and a different color...but that's what make-up is for. The whole thing was a hail-Mary pass, but in the finished film, believe it or not, you can't tell the difference.

And after all the headaches and sleepless nights, after all the dollar tacos from Jack In The Box and canned chili from Smart and Final, have we learned our lesson about the folly of independent production? Absolutely. We're done forever with independent film. At least until our ten-part, 86 page, web series, "Empty Space", starts shooting at the Warner Grand Theater in mid-April...

A native of Los Angeles, Devon Armstrong graduated in May 2010 with a BA in Theater from SUNY Purchase in New York, and has also studied abroad at LAMDA in London. He is a proud alumnus of the Los Angeles County High School for the Arts and has been recognized by the National Endowment for the Arts. In March 2009, he founded the Downtown Repertory Theater Company, producing and performing in 11 plays and one feature film in the first four seasons.www.downtownrep.com
He has been featured in over 20 independent and short films. A classically-trained stage actor, he's devoted many years to studies in movement, voice, acting, theatrical history, playwriting and literary criticism.

Devon's film, I Snatched Andy Warhol, will have its premiere screening on May 11th at the Laemmle Pasadena at 10am. The screening is free, so don't miss out if you're in the area!

Devon is available for remarks and questions in the Comments section below.