Stay Focused and Motivated - On Stage With RB Now Available!

The October 2015 edition of On Stage With RB was almost 3 hours jam-packed with incredible tips and advice!

Up first RB interviewed Jeff Kitchen. Jeff Kitchen has been one of the top screenwriting teachers in the film industry for twenty years, and is a sought-after script consultant. He worked as a dramaturg and taught playwriting in New York theater, and is the author of Writing a Great Movie: Key Tools for Successful Screenwriting. Jeff has taught development executives from all the major Hollywood studios and they consistently say that he teaches the most advanced development tools in the film industry. 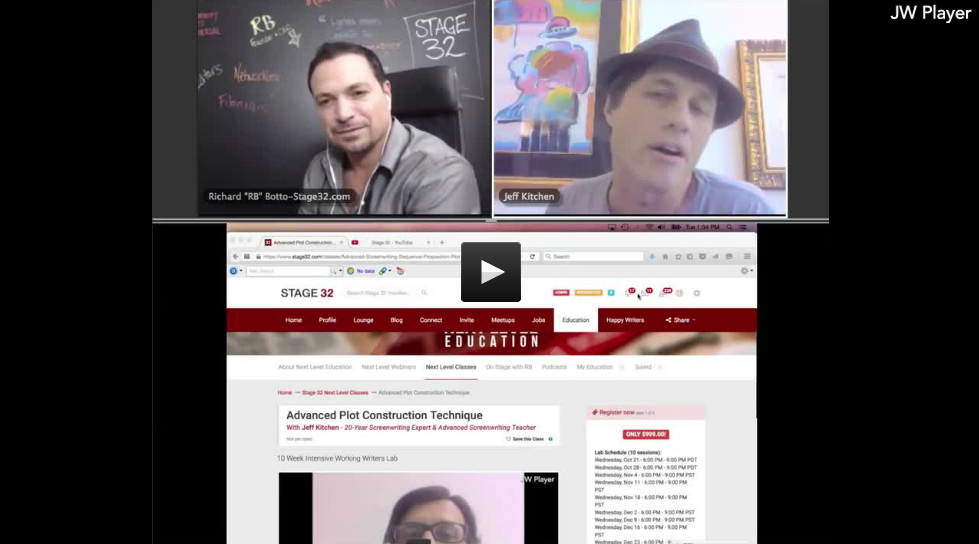 RB then opened up the floor to an interactive Q&A and took questions from the Stage 32 community including:

You don't want to miss this incredible edition of On Stage With RB!