Posted 9 years ago by Julie Gray 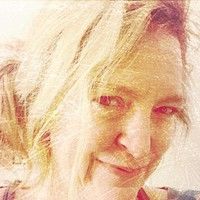 Today marks the return of one of my favorite people and Stage 32 member, Julie Gray. In a short and sweet entry, Julie tackles a subject that most screenwriters, and let's face it, most actors and filmmakers, overthink - namely, how to please all people at all times. (Short answer: Impossible)

Let's say you've executed your script perfectly - you have an original premise, your scenes are tight, characters are three-dimensional and organic, dialogue rocks and structure is perfect. But a reader picks up your script for a read and still doesn't like it. Why? Because they just don't like bears. Because they hate sports. Because they hate princess stories or science fiction or because they were mugged in Tijuana once.

Can that happen? Well - yes. Readers are paid to be professional and as professionals, we are making objective judgments about your script. Is the premise fresh? Is the writing good? Is the execution top notch? Was the set up compelling? Did the ending satisfy? But after we make those objective decisions, we have to make some subjective ones. Is this the kind of project the production company is looking for? Is the subject matter in keeping with the mandates of the company? Will this subject matter light up the particular executive I'm reading for? And then, try as readers might, after all the other considerations are made, a more personal kind of subjectivity does enter into the decision, usually subconsciously.

As writers, we just can't control that subjectivity. Recently, I read a script that was not perfect but it had potential and I liked it. The writers had no idea how lucky they were. It was set in Memphis - I love Memphis! It was set in the 1950s and involved Elvis and Sun Studios - I love Elvis and Sun Studios, I've been to Graceland! In fact, I love the South and I love Tennessee and I love bluegrass and Mississippi Delta Blues and I love bbq and - these writers had no idea that their script happened to go to the "perfect" reader for them. No idea. But the opposite could have just as easily been true. And yes, it would have affected the read. That's the ugly, little hidden truth about getting your script read.

For most writers starting out, the most important thing is to come up with a fresh premise and execute it well. And that is huge and can take years to nail. Even if you're more experienced and execution is not a challenge for you - finding a really fresh premise with a great hook is never easy.

The more experienced you get as a writer, the more you understand that subjectivity is out there and there's just no avoiding it. Your work will not be for everybody. Because they just had a baby. Because they got a parking ticket in Memphis and then burnt their tongue on bbq. Because they failed history in college. Who the heck knows?

As a writer all you can do is your best and if you've done that much, subjectivity or not - your script will eventually find its way into the hands of someone who happens to love that particular subject, setting or character type.

The only defense writers have against subjectivity is to know it's out there and get okay with it and to compartmentalize a little bit; just keep writing more material and don't get too caught up in who is reading your script and what they think. Good scripts will out and there are legendary stories of scripts that got turned down over and over again only to become great movies.

Julie Gray was voted Cream of the Crop in the 2010 Creative Screenwriting Consultant Survey. With over ten years of experience, Julie directs the popular Just Effing Entertain Me Screenwriting Competition and has read at production companies including: Walden Media (Narnia, Holes, Journey to the Center of the Earth), Red Wagon (Sony: Memoirs of a Geisha), Cinergi (Swim Fan, The Terminator), Bedford Falls (Blood Diamond, The Last Samurai) and Seed Productions (Hugh Jackman and John Palermo).

The director and founder of The Tel Aviv Writer's Salon, Julie teaches screenwriting classes at Warner Bros., The Great American Pitchfest, The Writer's Junction, The Writer's Store, The Creative Screenwriting Expo, the Willamette Writer's Conference and the London Screenwriting Festival. Julie has also been a guest on #ScriptChat, Film-Method and her popular Coffee Break Podcasts can be found on iTunes.

Julie is available for questions and remarks in the Comments section below.