Some of you have seen the power of connecting right here on Stage 32.
Some of you are still discovering that power.

Here is one story of how Stage 32 connections are changing the way we move and connect with other creatives in the film industry.

More Than a Hello

When Stage 32 decided to become the networking partner for the first ever VIP Film and TV Summit in Washington D.C. on August 25th, 2018, we had no idea that our fast-growing social and education network was a big part of how event organizer and director Ron Newcomb found some of it's speakers.

We didn't really understand just how influential our platform was to the Summit until we heard Franco Sama of Samaco Films, a panelist at the event, tell the audience that Ron contacted him through the Stage 32 platform.

Here's what he told attendees:

Franco is an independent feature film producer with extensive public speaking and public relations experience. He also has close to two decades of independent film development, production, and financing experience, which is why we've had him teach for our members right here on Stage 32.

This, my friends, is the power of the Stage 32 platform. It also shows us the power of authentic networking, which is the primary reason Ron created the summit in the first place.

What is the VIP Film and TV Summit?

If you're contemplating a different kind of event to pitch your idea and connect with people, this is it. The VIP Film and TV Summit not only offered speakers with dozens of teachable moments, but also offered a "shark tank" pitch process as well. This process allowed writers and filmmakers to efficiently share their unique ideas.

When creatives seek representation, they retreat to festivals and networking events to find it. Stage 32 understands this need, which is why it was created in the first place. It's also why the VIP Film and TV Summit chose to partner with us. This was the first year for the summit, and no doubt, a very successful first year.

Acting as the networking partner for the summit, Stage 32 was a presence that was welcomed by event organizer Ron Newcomb. Ron is a director, writer, actor, and producer of The Forge Studios and has written and directed award-winning short and feature-length independent films.

The summit, plain and simple, was a powerful place where attendees could learn from other producers, filmmakers, and executives.

This truth was reinforced when panelists Stu Arbury of Ramo Law and independent television development producer Michael Tapia addressed the crowd and offered Stage 32 as an influential networking and education option.

Here's what Stu and Michael had to say:

When we see our members on this platform ask how they can offer their films or scripts to producers and executives, we can use this incredible networking event as just one example. Stage 32 is beyond grateful for the opportunity to support the summit, and is humbled at how we were received by industry leaders.

So now you know the power of networking. Right here, on Stage 32, you can:
- Connect with people.
- Talk to them.
- Share your stories.

Together, we can make this happen from anywhere in the world. 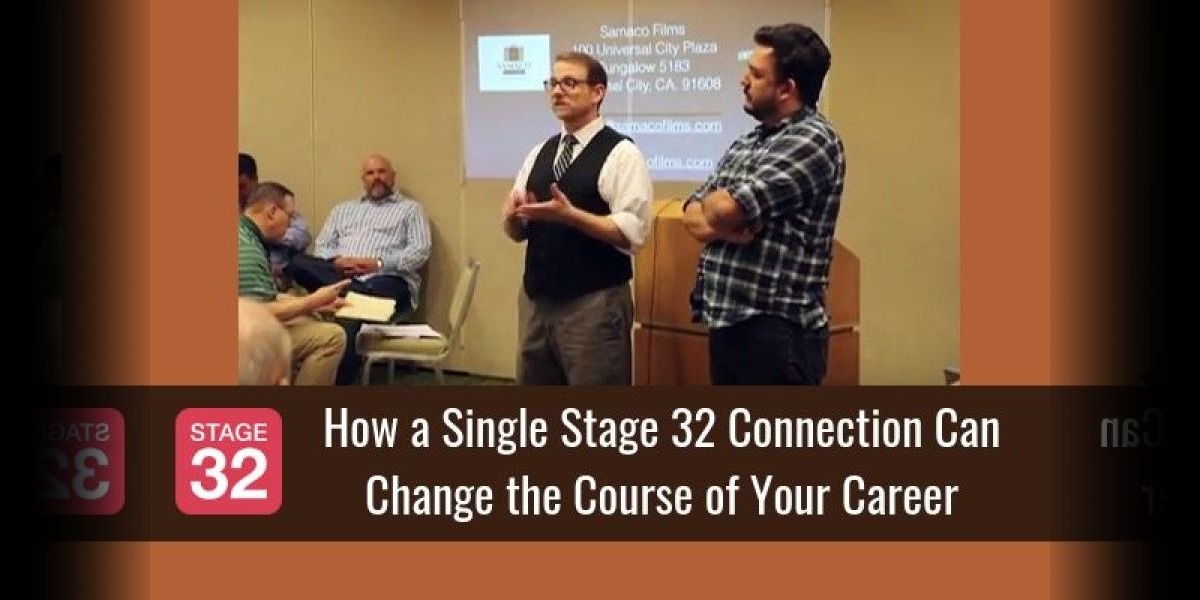